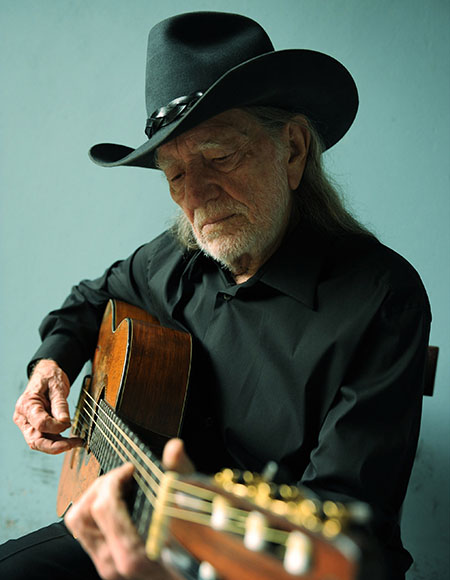 NASHVILLE, Tenn. (December 19, 2016) – Outback Concerts of Tennessee Inc. announced today an historic appearance of Willie Nelson & Family at Nashville’s intimate War Memorial Auditorium on January 7.
The date marks the first time Nelson has played the War Memorial
Auditorium since October 20, 1974 in an epic performance. Fans are sure
to enjoy an up-close-and-personal concert experience with the legend and
Country Music Hall of Famer with tickets going on sale Wednesday,
December 21 at 10 A.M. at www.wmarocks.com, 615-782-4030 or the Tennessee Performing Arts Box Office.

About Willie Nelson
With a six-decade career and 200 plus albums, this iconic Texan is the creative genius behind the historic recordings of Crazy, Red Headed Stranger, and Stardust.
Willie Nelson has earned every conceivable award as a musician and
amassed reputable credentials as an author, actor, and activist. He
continues to thrive as a relevant and progressive musical and cultural
force. In the last five years alone he delivered 10 new album releases,
released a Top 10 New York Times’ bestsellers book, again
headlined Farm Aid, an event he co-founded in 1985, received his 5th
degree black belt in Gong Kwon Yu Sul, headlined the last three years of
the on-going Luck Reunion food and music festival at his ranch in Luck,
TX during SXSW, announced the launch of his cannabis company Willie’s
Reserve, and graced the cover of Rolling Stone magazine. In 2015, Nelson
added two more titles, “It’s A Long Story: My Life,” the unvarnished
and complete story of Willie, hit bookshelves and landed him on the New York Times’ bestsellers list; and the new studio album with Merle Haggard titled Django And Jimmie, which debuted at #1 on Billboard‘s Country album chart and #7 on Billboard‘s
Top 200 album chart. In November 2015, the Library of Congress honored
him with their Gershwin Prize for Popular Song for his contributions to
popular music. He is the first country artist to receive the
distinguished award. And this year began with the release of Summertime: Willie Nelson Sings Gershwin,
a collection of 11 newly recorded Gershwin classics. The album debuted
at #1 on both the Top Current Jazz chart and the Top Traditional Jazz
chart.