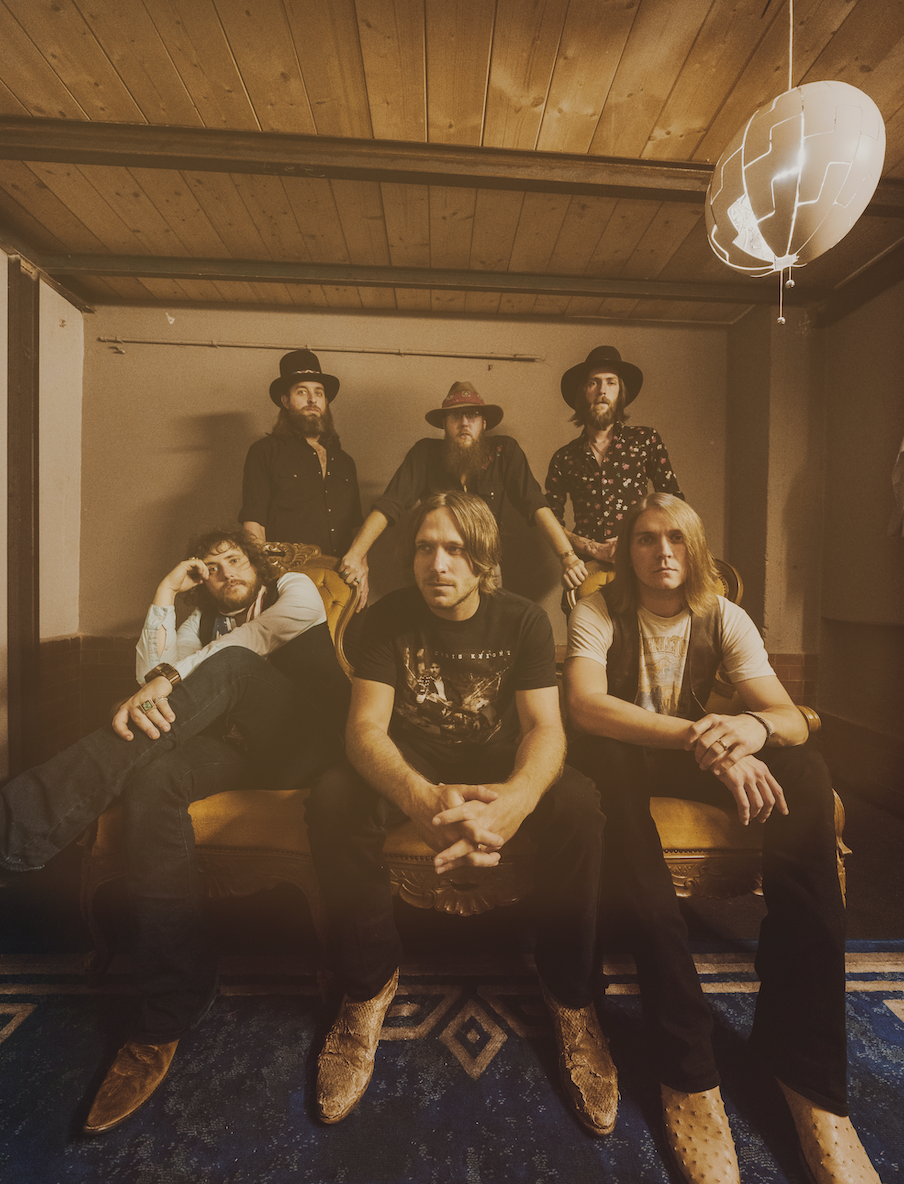 Just four days after their self-titled album’s highly-anticipated release, Whiskey Myers brought the music to national audiences with a performance of “Rolling Stone” on NBC’s “3rd Hour of TODAY.” Watch the performance HERE.

Hosts Sheinelle Jones, Craig Melvin, Dylan Dreyer and Al Roker
introduced the performance in the 9 a.m. hour, highlighting the band’s
decision to self-produce their new project, available now.
“I think it was just time,” shared lead guitarist John Jeffers. “It
took us a while to decide whether or not we wanted to do it, but it just
felt like the right time to get after it.”

The appearance marked the first live national television performance for
the band, who previously made a cameo appearance in the hit show
“Yellowstone,” which also featured seven of their songs throughout
seasons one and two.

WHISKEY MYERS – which debuted atop the iTunes
Rock chart and top three on the All-Genre chart in what is proving to be
a strong first week of sales for the independent band – is praised by Farce the Music as “a Southern rock masterpiece… in the very best tradition of the nearly forgotten genre,” with Saving Country Music noting
“though Whiskey Myers has been around for over 10 years, you get a
sense this is a band that is about to hit their stride and this new,
self-titled record could be the catalyst.”

The band also broke into the top 40 at Active Rock radio this week with scorching album cut “Gasoline,” with a corresponding music video set for release this Thursday, October 3.

Whiskey Myers spent 18 days at Sonic Ranch outside El Paso, Texas
crafting the album, pouring the lessons learned from previous
collaborator Dave Cobb into self-producing for the first time, and
narrowing down the list from more than 30 songs written for the project
before adding the iconic McCrary Sisters’ gospel prowess as backing
vocals on the project. The self-led thought process in the studio was
indeed a path to musical success, with People noting that “A
majority of those ideas were good ones, ones that took the band into a
deeper musical space while keeping with the genre-less brand of music
that has drawn countless fans to over 2,000 of their live shows, most of
those being sell-outs.”

Indeed, the new album comes on the heels of remarkable success at live
shows for the road-tested band. In addition to selling out 95% of their
headlining shows over the past two years with a relentless touring
schedule that included 15 overseas dates and an at-capacity Stagecoach
Festival set this year alone, Whiskey Myers have opened for everyone
from Lynyrd Skynyrd and ZZ Top to, most recently, a massive stadium show
with The Rolling Stones at Chicago’s Soldier Field.

For more information, visit www.whiskeymyers.com or follow on social media at @WhiskeyMyers.

Genre-bending band Whiskey Myers have played more than 2,000 live shows
since their emergence in 2007 and have sold out 95% of their headlining
shows over the past two years to ever-increasing crowds. New album WHISKEY MYERS, out now, follows their most recent album, Mud, which reached No. 1 on the iTunes country chart with single “Stone” hitting Top 10 all genre. USA Today describes
the band led by frontman Cody Cannon as “a riff-heavy blend of Southern
rock and gritty country that has earned comparisons to the Allman
Brothers Band and Led Zeppelin,” with Rolling Stone noting
“it’s the seminal combination of twang and crunchy rock & roll
guitars that hits a perfect sweet spot.” The band has also earned sync
success with features in Seasons 1 & 2 of Paramount Network’s Kevin
Costner hit show “Yellowstone” as well as the Renée Zellweger-led
Netflix series “What/If.” As Esquire proclaims, “Whiskey Myers are the real damn deal.”