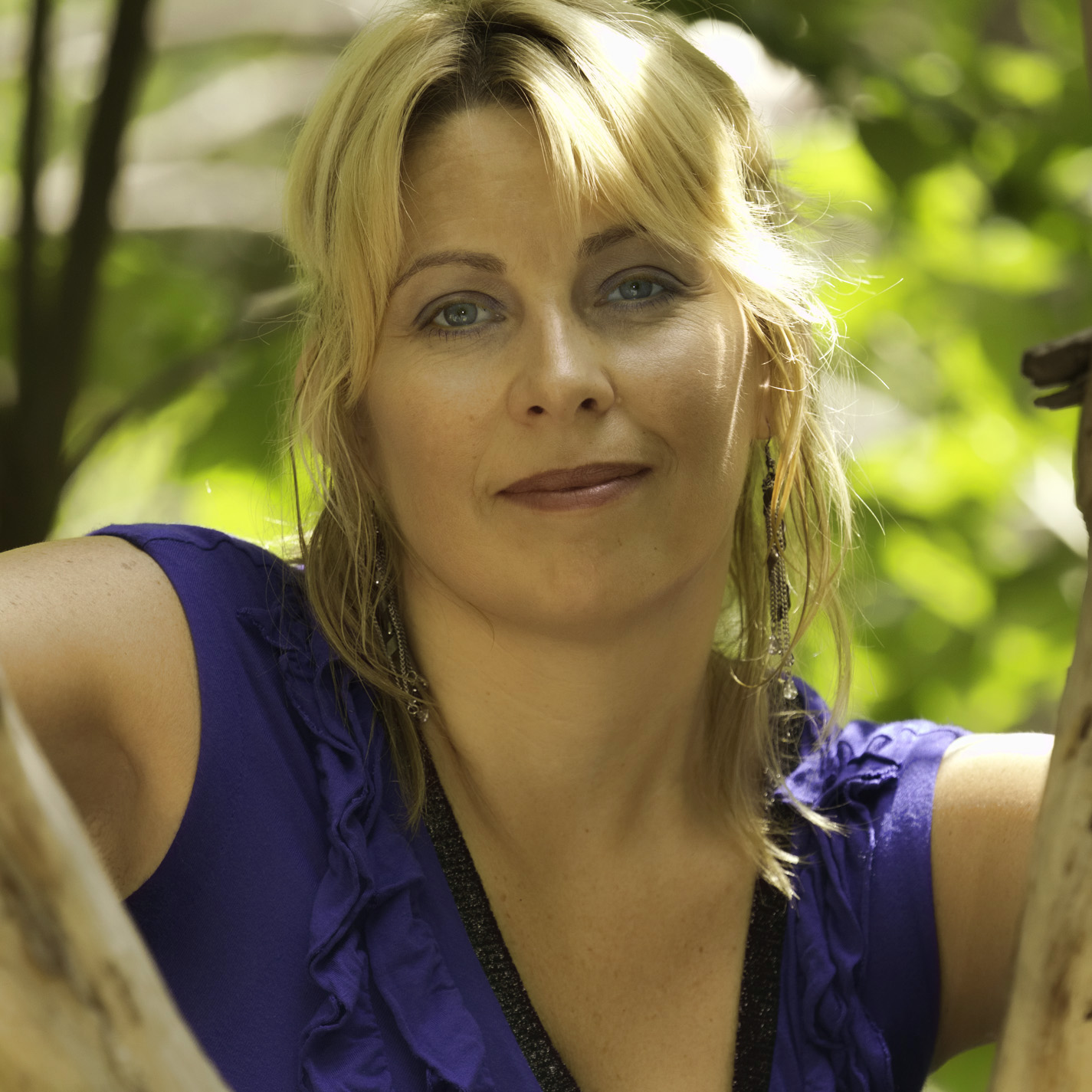 Lamitschka – Music has many new fans through Europe who may be hearing about you for the first time. How would you describe yourself and the music you Play to someone who has never seen or heard you?

Wendy Lynn Snider – I have a deep faith in God and love classic country music. I like to keep the “classic feel” to most of what I record in addition to “feel good” and “good message song” are important to me. I wanted songs that touch the hearts of listeners so that everyone makes an effort to just be kind to one another. 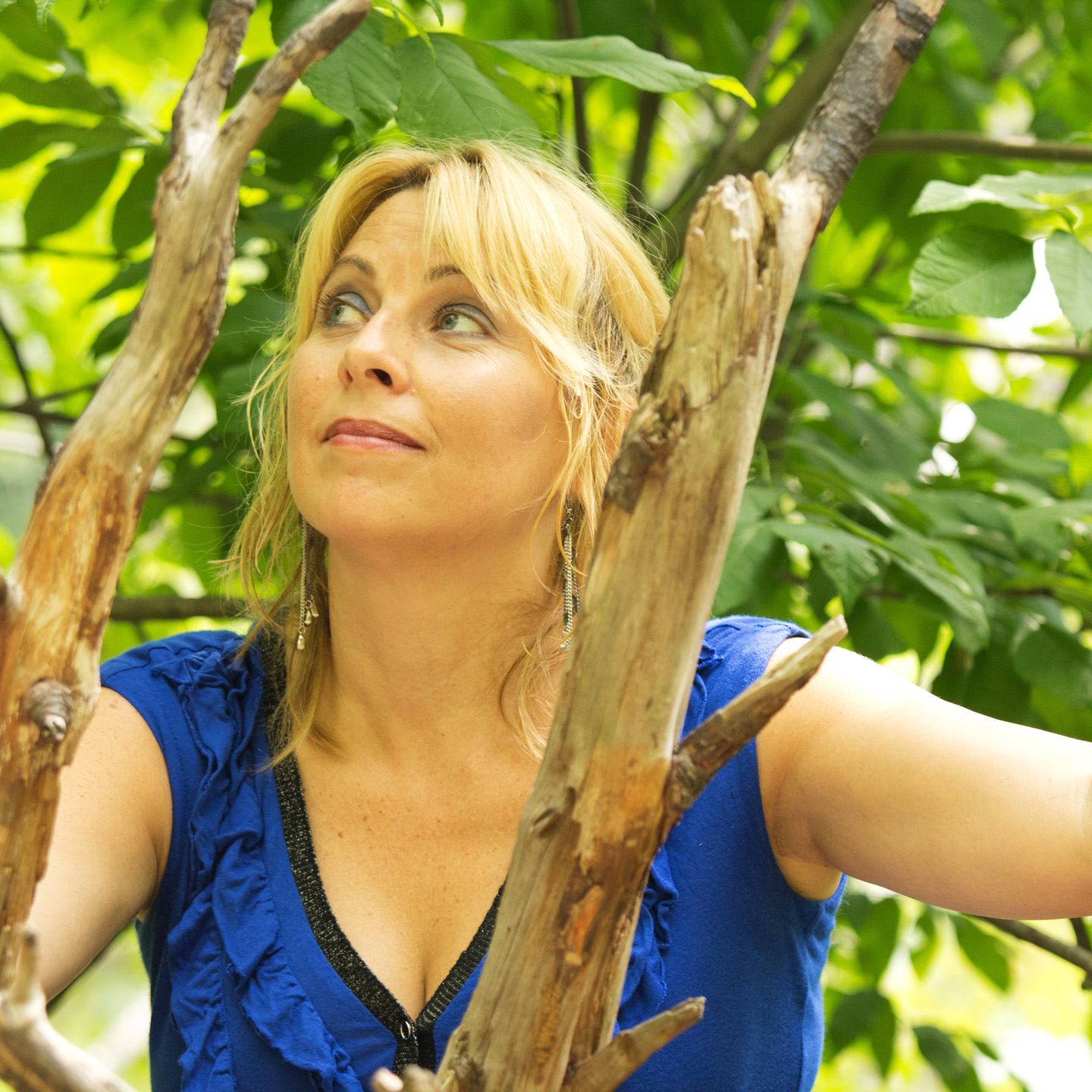 Lamitschka – How was the last year for you? What were your highlights?

Wendy Lynn Snider – This last year has been very exciting and busy. I spent most of 2011 recording my latest cd with Producer, Thomas Wade and Executive Producer, Michael Peters. Recording this cd was a new experience for me as I had not recorded the first cd in the same fashion. I released the cd on November 6, 2011 and we had a very exciting cd release party in the city where I reside. Since the release of the new cd, I have been even busier because I am getting a lot of attention in our local area, having just recently winning the 2012 Niagara Music Awards for “Country Band of the Year”. In addition to my independent project, I am also a member of a Tribute Band and we have played several large festivals this past year. 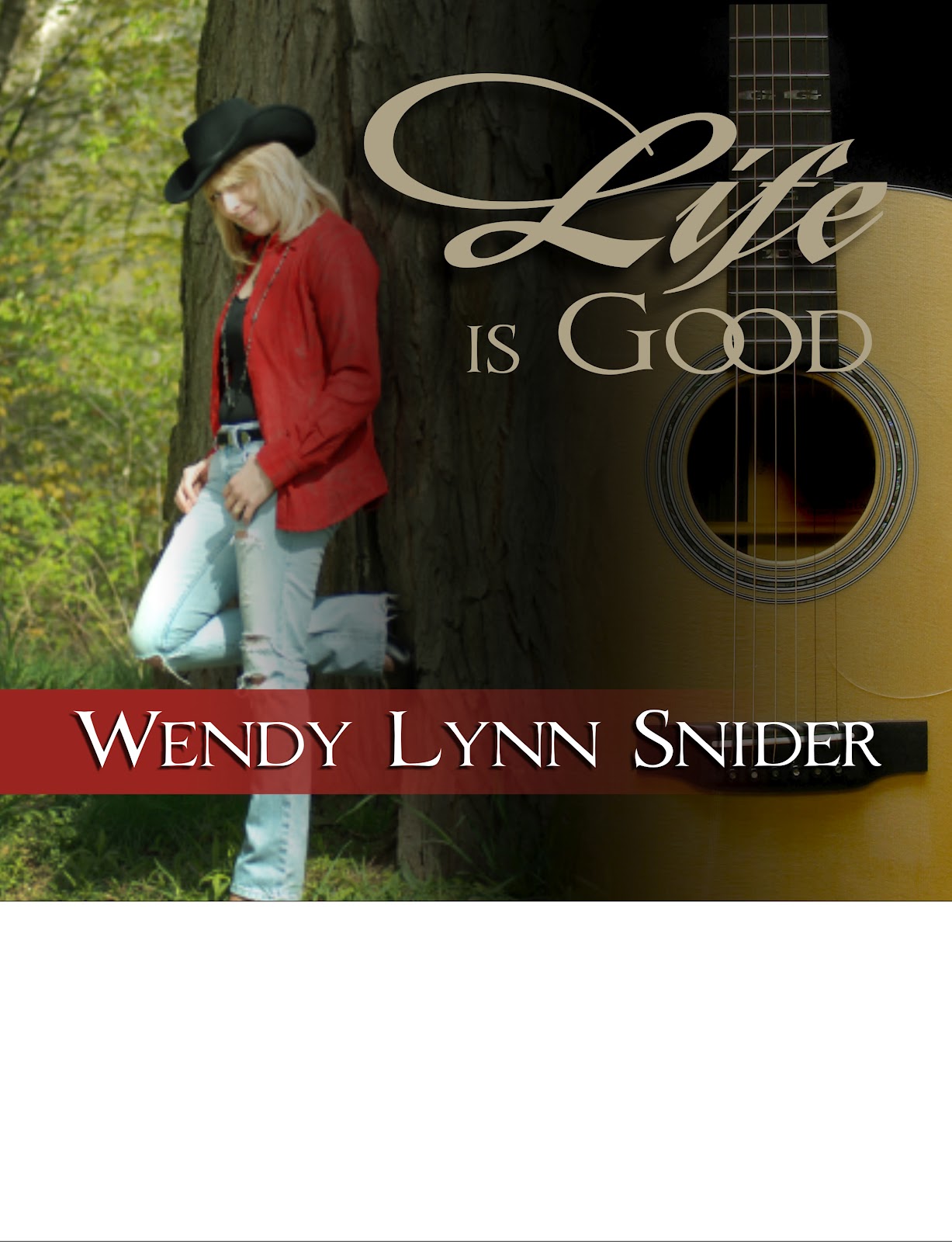 Lamitschka – Do you write the songs yourself? If not, how do you go about finding the songs for your CD?

Wendy Lynn Snider – My husband, Curtt, and I like to write, but we are still in the learning process of being a good songwriter. We did write 3 of the songs on the new cd, and they are being well received when I perform them live. The balance of the cd were songs pitched to me by my Executive Producer, Mike. He has a library of songs by major songwriters across Canada and US. The songs I chose for the cd had an emotional impact on me. If a song can bring tears to my eyes or make me take a moment and think about life in general…these are the types of songs I most enjoy. 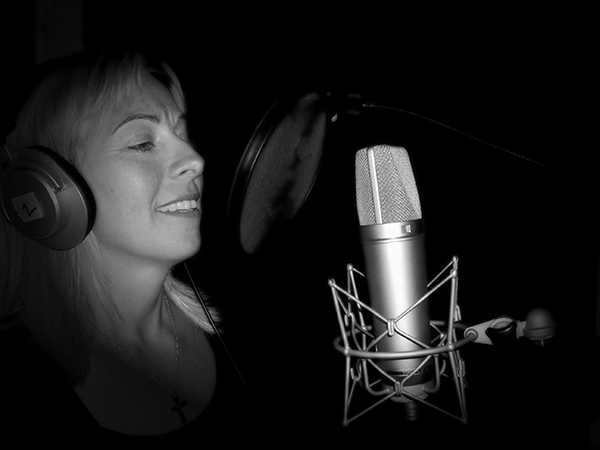 Lamitschka – Please tell us about the songs on your album (influences, etc).

Wendy Lynn Snider – Well, most of the songs are “good message” or “feel good” songs. “Live to Love You”, the first song on the cd is really a reflection of my life and feelings for my husband. In addition, it has lyrics that speak about my love for Christ. I am truly a blessed person and I don’t take that for granted !!  “Let My Mama Know”, this song gets me emotional every time I sing it. My mother has had a hard life. She raised 5 kids and there seems to have been more “downs” than “up” with a couple of my siblings. But this song is a message to all mothers that no matter what, as long as they love their children…they’ve done ok. “I Can Only Imagine”, is a cover of a song recorded by the gospel group, Mercy Me. Its one of my favourite songs. To just try and imagine what it would be like to meet Jesus is breathtaking! I guess this song is something we should all try to imagine ourselves doing. “Before The Heartache Has Won” was written by my husband Curtt. Before he and I met, he dated a few women, obviously, and he knew the relationship was not going anywhere, but neither one of them wanted to let go because they were afraid to be alone. Its very important to me that people be secure within themselves…something I had to learn as well. We get a good response from this song..I think a lot of people can relate to it..ha ha! 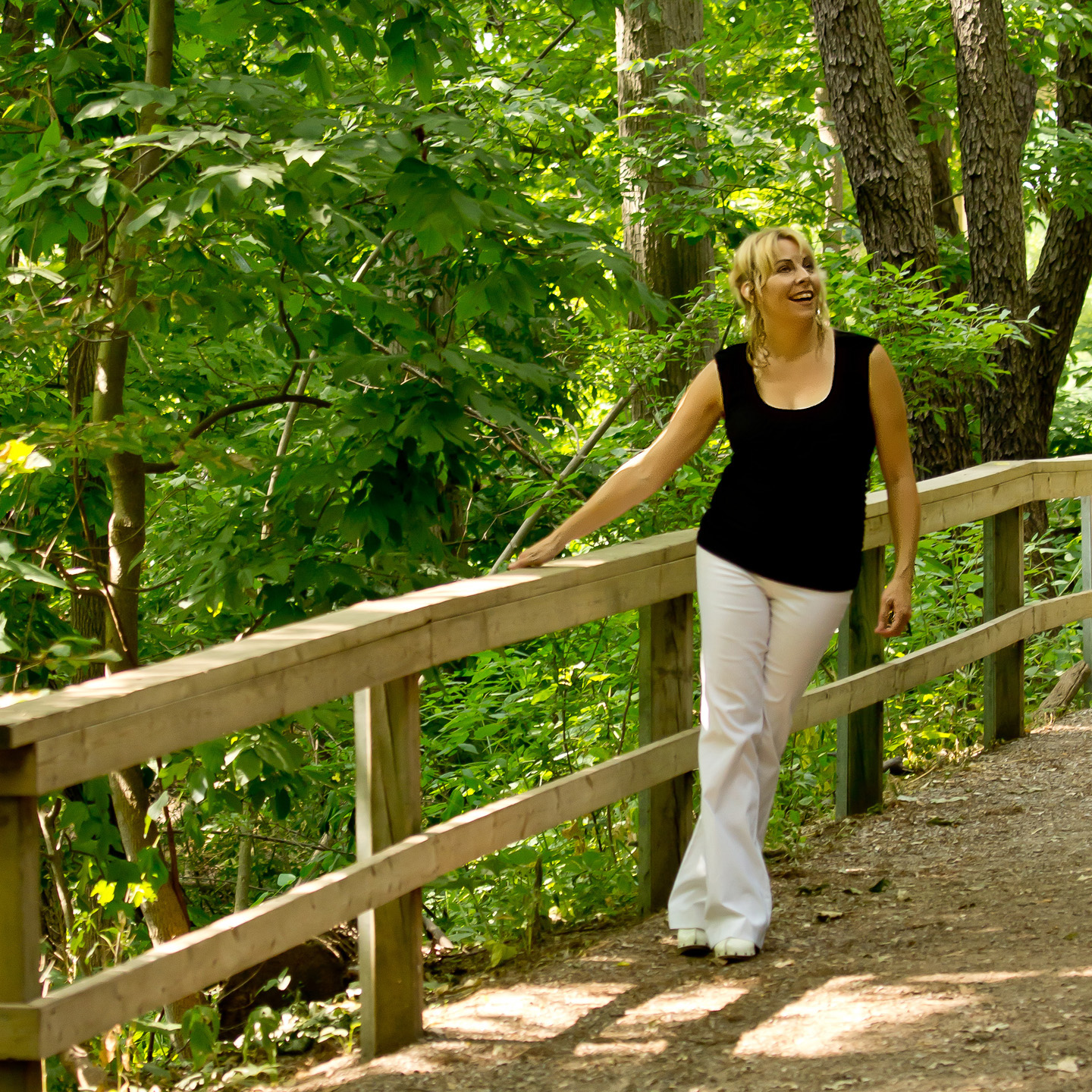 Lamitschka – Who inspires you musically and how deep do your musical roots run?

Wendy Lynn snider – I come from a family who has always been involved in music. My grandmother sang on the radio in Windsor, Ontario Canada many years ago. My mother was the organist for many years at our local church and my father had a voice like “Johnny Cash”. My eldest brother was an entertainer for years in the 1980-s and 1990’s along the west coast of Canada and USA playing for major artists and was exclusive at a club in Mexico for the tourists. I guess my influences comes from the many classic country artists I grew up listening to. I get my inspiration from the Good Lord. I want to make a difference, no matter how small. If I can touch someone’s heart when they hear one of my songs, it brightens my day !

Lamitschka – What do you think about today’s music industry?

Wendy Lynn Snider – Oh boy…a lot can be said here !! Some of the music out there today is, in my opinion, simply not good. It seems a lot of the artists think that its ok to continually disgrace themselves by using vulgarity, being too sexual, and what bothers me the most are songs that promote immorality, hate, Satan and/or the “devil”. There is so much violence and hatred as it is in the world, and to hear it daily on the radio or on the television is heartbreaking. We constantly hear that an artist needs to be “marketable” whether they have any talent and can actually sing or not. This takes so much away from the thousands and thousands of artists who actually have something good to contribute and get no recognition at all. It’s a shame. That’s why its so important to me to concentrate on writing, performing and recording good message songs.

Lamitschka – What has been your greatest challenge in the music business?

Wendy Lynn Snider – My age, the type of music I perform and the area I live in. Lets face it .. Im no spring chicken !! haha….Country music is not as popular in the area I live as, say, rock music or new wave type music. It seems most venues are looking for that “hot image” and being 48 and doing classic country/gospel music is not necessarily what people want to hear. But I persevere and we don’t quit…because I know there is an audience for the type of music I do.

Lamitschka – Who is your biggest critic, yourself or others?

Wendy Lynn Snider –  Ha ha…oh this one’s easy…its my husband !! But he is also my biggest fan !  He has so much faith in me and my talent that when I start getting a little discouraged he give me more encouragement than a person could ever ask for, and that “kick in the butt”  that I need..lol.

Lamitschka – What’s the best compliment a fan has ever given you?

Wendy Lynn Snider – Besides people telling me that I have a “great voice like no other”…one time this lady told me that I was “Patsy Cline” reincarnated !! lol…I enjoy singing Patsy Cline songs and she is definitely one of my favourite female artists. The other thing people often say to me is that I bring so much emotion to my songs…that always nice to hear…It tells me that I have touched a nerve in them.

Lamitschka – What’s your favourite song that you wish you could have recorded?

Wendy Lynn Snider – I am a Elvis Presley fan .. and his song “The Wonder of You” has always been a favourite of mine. It is another one of those songs that could be taken as being sung about God or a love in a person’s life.

Lamitschka – What message would you like to send your European fans?

Wendy Lynn Snider – I just want to thank everyone from the bottom of my heart for their support and for listening to my songs.