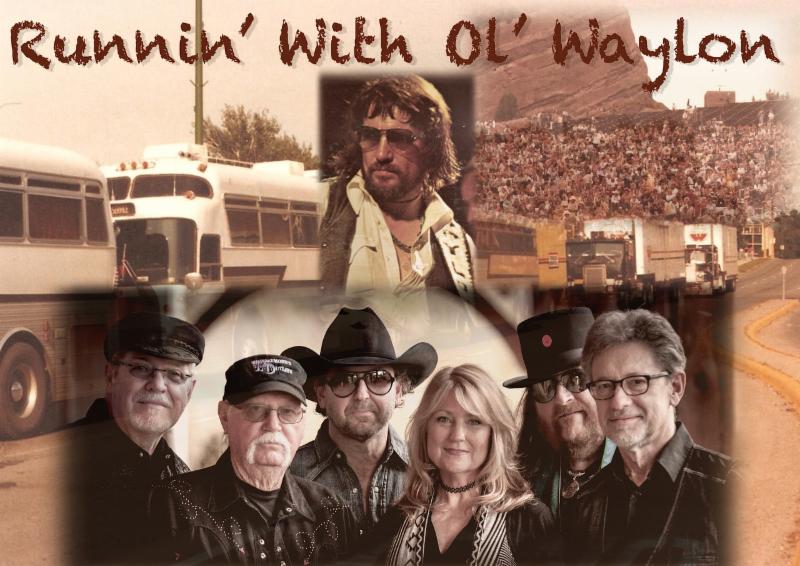 The new
tour will present a concert experience that chronicles one of the most
powerful movements in Country Music history. The multimedia show will
give the audience a unique opportunity to experience the fascinating
personal stories, never before seen video and images as well as great
performances of Waylon’s music, all from the band who lived it.

Waylon’s wife, Jessi Colter, has committed to join the band for select dates.

“Why
are we doing this tour? Because it’s a timely opportunity to play the
music we love that has been such a deep part of our stories, and to do
that with the people we love,” said Carter Robertson. “Besides, to quote
Waylon in Tony Joe White’s song, ‘If I can’t go do down rockin’ I ain’t
gonna go down at all!’”

Collectively, the band performed on the recordings of Waylon’s mega hits such as “I Ain’t Living Long Like This,” the Dukes of Hazzard“Good Ol’ Boys” theme song, “Luckenbach Texas” and “Rainy Day Woman” as well as countless other gold and platinum hits.

“His
very tight back-up band, The Waylors, would open Waylon’s performance
with a few tunes that usually featured female vocalist, Carter
Robertson. When the band began to play, the crowd’s energy always became
electric. They knew Waylon was not far behind. Richie Albright would
kick a steady heart beat on his bass drum. Jerry Bridges on electric
bass would then double that rhythm. Thousands of fans would clap hands,
cheer, and generally go nuts. It was a musical drug dispensed to ten
thousand eager addicts. It was a universal beat called “four on the
floor,” and was common throughout country and rock music.”

– Sex, Drugs & Rockabilly: A Moment In Time With Waylon Jennings by Bill Conrad