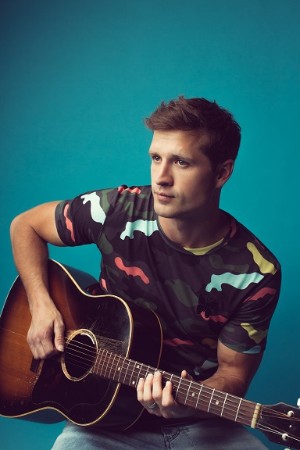 WALKER HAYES, TO PERFORM AT THE 2018 CMT MUSIC AWARDS AND WILL HELP KICK-OFF THE SUMMER WITH FANS AT CMA FEST

COUNTRY
MUSIC BREAKOUT STAR, WALKER HAYES, TO PERFORM AT THE 2018 CMT MUSIC
AWARDS AND WILL HELP KICK-OFF THE SUMMER WITH FANS AT CMA FEST

Nashville, TN (June 4, 2018)
– First time CMT Music Award nominee, Walker Hayes, will be making his
debut at the show with a performance of his RIAA –Certified Platinum
hit, “You Broke Up With Me,” off his debut studio album boom. (Monument Records.) Walker will take the RAM Trucks Side Stage live from Nashville’s Bridgestone Arena on Wednesday, June 6th.

Walker is nominated for “Breakthrough Video of the Year” for
the song, which has resonated with country music fans having been
streamed over 140 million times. The success of the track is in no-doubt
due to Walker’s vulnerable and truthful style of storytelling through
his lyrics. His latest single from the album, “Craig,” certainly follows
suit grabbing audiences and critics alike by their heartstrings.

In conjunction with the single, Walker has established The Be A Craig Fund
as a tribute to the man named Craig whose kindness and generosity
helped Walker and his family during one of their toughest times. The
Fund aims to empower and encourage others to seek out opportunities to
help those who need it and reflect the same kindness Walker received.
Fans will be able to submit a story of someone they would like to “be a
Craig” for, buy a BeACraig t-shirt with all proceeds going to the fund,
or can make a simple donation. Several of the stories submitted will be
chosen along the way and profits from fundraising will be used to aide
those special people just looking for a little help.

For more information on The Be A Craig Fund, please visit:

Following the 2018 CMT Music Awards, Walker will be hitting this year’s CMA Fest on Sunday, June 10th. Below is a schedule of Walker’s upcoming appearances and performances during the festival:

Monument Records recording artist, Walker Hayes, is a singer/songwriter
originally from Mobile, Alabama. Hayes released his debut album boom. on December 8, 2017, which he co- produced with GRAMMY Award winning
producer and songwriter, Shane McAnally. The 10 track album includes
the RIAA certified Platinum Top 10 hit, “You Broke Up With Me” as well
as the highly anticipated follow up single, “Craig,” which was nominated
for Song of the Year at the 2018 AIMP Nashville Awards. The track,
written by Hayes alone, tells a heart-wrenching story about a friend of
Hayes’ who helped his family during difficult times. The song has been
called, “someone’s Song of the Year” by Taste of Country and “uncomfortably honest” by The Washington Post. Hayes’
single, “You Broke Up With Me” is nominated for a 2018 CMT Award for
Breakthrough Video of the Year; this marks his first CMT Awards
nomination. Hayes just wrapped Kelsea Ballerini’s Unapologetically Tour as well his first-ever headlining tour, the Good As Gold Tour. He’s
recently been on the road with Dan + Shay, Thomas Rhett, Old Dominion
and more. This summer, Hayes will be performing at fairs and festivals
throughout the country; for a full list of tour dates, visit www.walkerhayes.com.