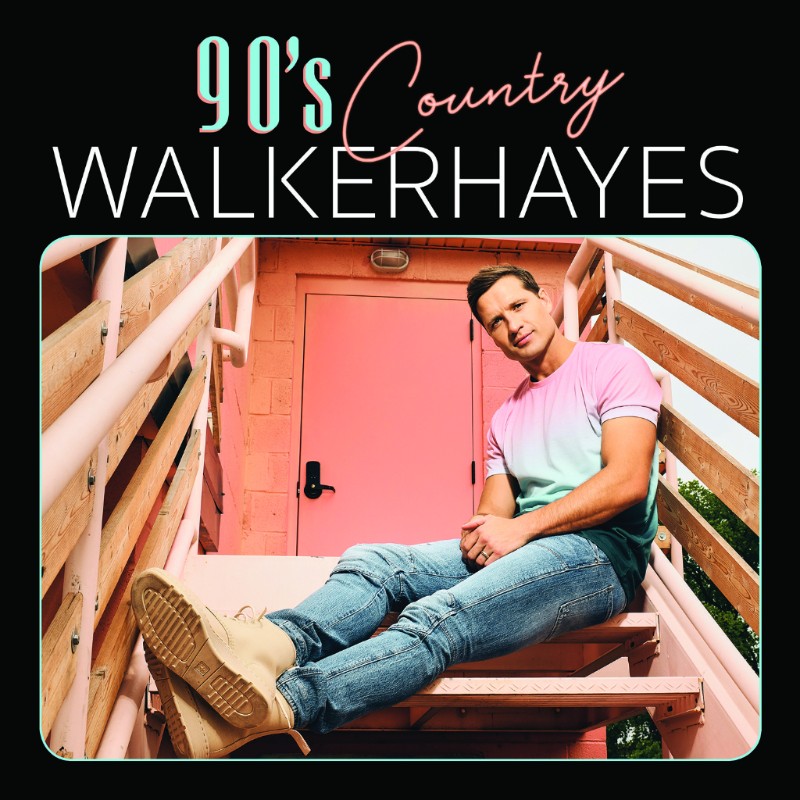 One of country music’s quickest rising stars, Walker Hayes, is set to release the new video for his current single. Walker Hayes “90’s Country” Music Video Premiere Event Presented by YouTube will be a live stream event available through YouTube Music on Thursday, October 11th at 6:30pm CT (7:30pm ET/4:30pm PT). This premiere marks the first time that Walker has partnered with YouTube on an event of this kind.

Walker has such a deep connection with his fans and with the help of YouTube,
he aims to bridge the gap between himself and his audience by creating a
once-in-a-lifetime experience for them to share in the premiere of his
latest video. YouTube has been instrumental in helping
Walker find innovative ways in which he can connect with his fans
through technology. Since 2011, the platform has supported live
streaming as a way for content creators and their audiences to interact
in real-time, allowing for more genuine and intimate connection across a
broader spectrum.

“I am so pumped to release this music video with YouTube
in Nashville this week.  From the moment we shot the first scene to the
moment my team showed me the final video, I have been itching for the
world to see it,” says Walker. He continues, “The way we’re doing this
premiere is different, and I’m excited that my fans get to be part of
the premiere both in person and at home through the livestream.”

The single beckons back to the great country hits of the 1990s – songs
we all remember and love from our backyard BBQs, summers by the lake,
road-tripping with friends and family, and dancing at our favorite music
festivals. Walker references 22 classic hits from the 90’s including
“Strawberry Wine” by Deana Carter, “Cowboy Take Me Away” by The Dixie
Chicks, “She Thinks My Tractor’s Sexy” by Kenny Chesney, and others.

Please see the following links to the live stream feed and the official music video:

The video, directed by Alex Alvga, was shot on Old Hickory Lake just
outside of Nashville, TN. Walker wanted the video to stir-up his own
hometown feelings of growing up in the 90’s and the songs that raised
him. As a kid, he spent his summers out on the water; water skiing and
wake-boarding on Magnolia River and Dog River in Mobile, AL. In fact, it
was those memories and feelings that gave Walker the idea of paying
homage to one of his personal favorites growing-up, Alan Jackson’s video
for “Chattahoochee.” He was outfitted with wakeboard equipment by Hyperlite and pulled by specialty wakeboard boats by Nautique,
provided by TNT Water Sports located in Hendersonville, TN. Walker even
enlisted the help of WIVK DJ, Gunner, to make a special guest
appearance.

This fall, Walker will be headed out on his first European tour with Old
Dominion. Please continue to check his website for dates and ticketing
information:

Monument Records recording artist, Walker Hayes, is a singer/songwriter
originally from Mobile, Ala. Hayes released his debut album boom. on
Dec. 8, 2017, which he co- produced with GRAMMY Award winning producer
and songwriter, Shane McAnally. The 10 track album includes the RIAA
certified Platinum Top 10 hit, “You Broke Up With Me” as well as the
highly anticipated follow up single, “Craig,” which was nominated for
Song of the Year at the 2018 AIMP Nashville Awards. The track, written
by Hayes alone, tells a heart-wrenching story about a friend of Hayes’
who helped his family during difficult times. The song has been called,
“someone’s Song of the Year” by Taste of Country and “uncomfortably honest” by The Washington Post. Last Spring, Hayes joined Kelsea Ballerini’s Unapologetically Tour and set out for his first-ever headlining tour, the Good As Gold Tour. He’s
recently been on the road with Dan + Shay, Thomas Rhett, Old Dominion
and more. This summer, Hayes is performing at fairs and festivals
throughout the country; for a full list of tour dates, visit www.walkerhayes.com.