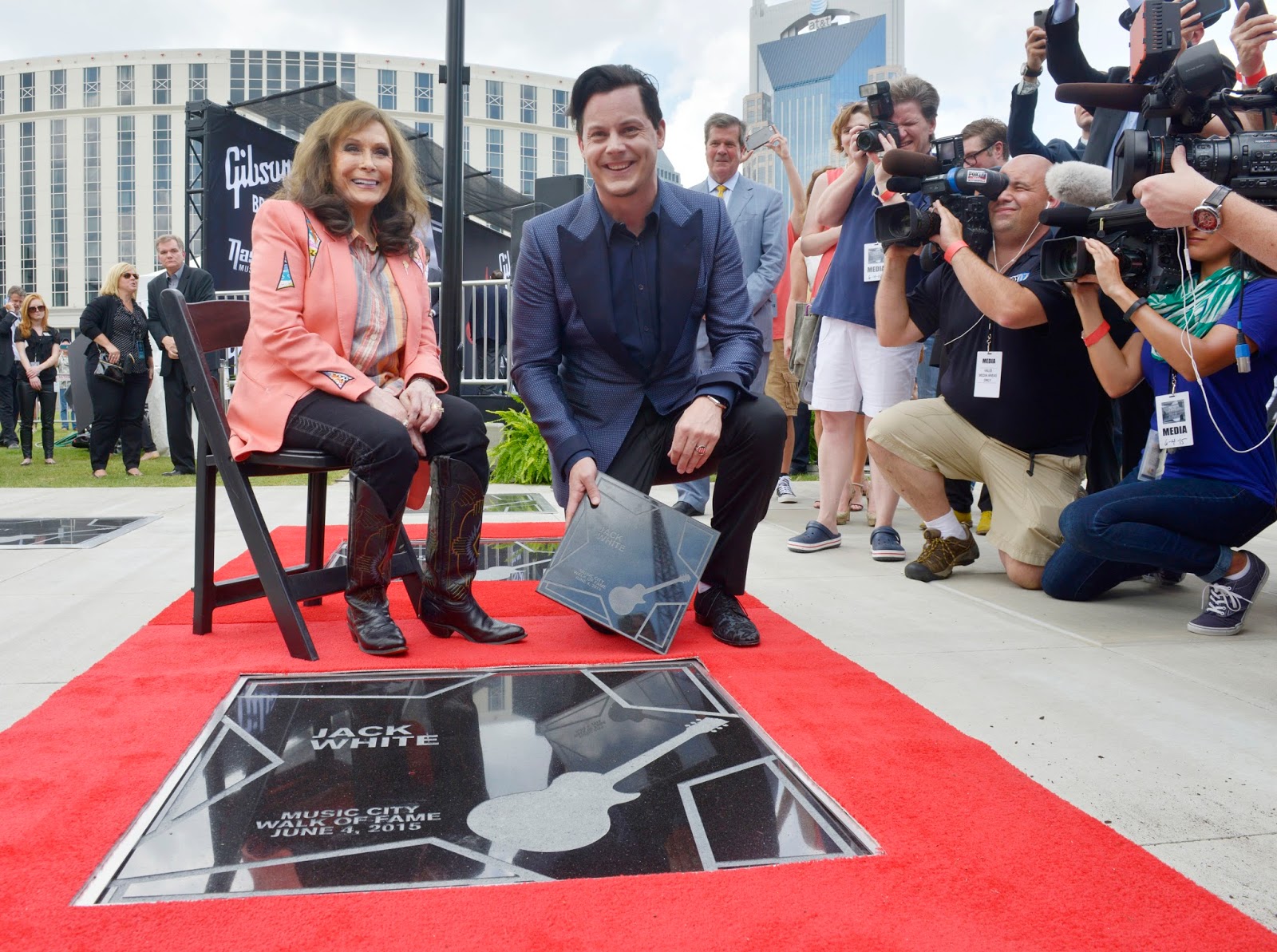 The Walk of Fame Park, one of Nashville’s downtown landmarks,
is after a ceremony Thursday afternoon now re-opened in perfect time for the CMA Festival and two stars richer. 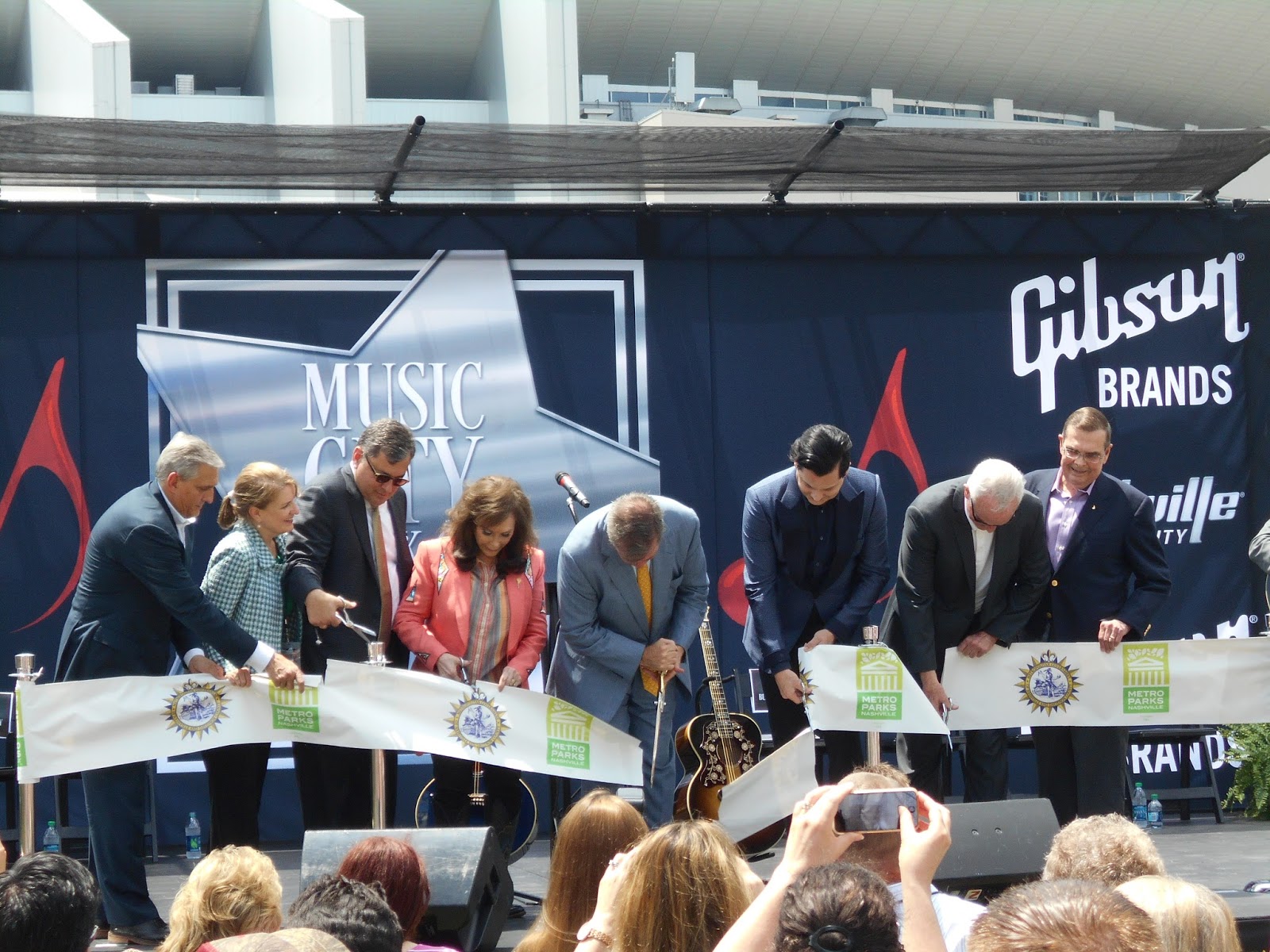 Mayor Karl Dean cut the ribbon along with inductees Loretta
Lynn and Jack White and prominent members of the Metro Parks and Recreation and
Nashville Convention and Visitors Corp.  The Walk of Fame Park was surrounded by a tall
fence for eight months while it was undergoing several improvements.  During
the renovation, the stars also received a face-lift with a new, modern, black
and sleek design.
Loretta Lynn and Jack White both inducted one another,
instead of the usual specially invited guests inducting the honorees.  After their critically acclaimed Grammy
winning album “Van Lear Rose”, which White produced for Lynn, it felt
very natural that they did.  Prior to Ms.
Lynn receiving her plaque, the mayor depicted her as being “one of the
brightest stars” and during Jack White’s introduction of her, he said if
anyone would ask him what his favorite song is, he would say “Coal Miner’s
Daughter”.  He also said her music
“embodies feminism”.  Jack
White in turn was spoken about as “one of the best salesmen for
Nashville” by Mayor Dean, and Loretta Lynn said “Nashville needs him!”.
White himself humbly accepted his plaque
by saying he was too young to receive something like this.  He also took the opportunity to address the
audience saying “When you go to a concert, you’re helping them [the
musicians] survive.  Nashville Convention
and Visitors Corp. President and CEO Butch Spyridon, concluded the event by
thanking everyone for “another amazing Nashville moment”.
In total there are now 63 stars on the Walk of Fame. The area
of the park where the stars of the Walk of Fame are can be found adjacent to
the Country Music Hall of Fame on Demonbreun Street.
Shelley Ridge for Country Music News International Magazine
Photo (c) Shelley Ridge + Metro Photographic Services