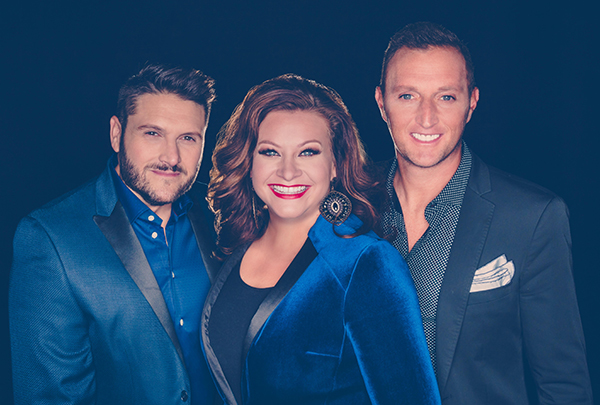 March
14, 2018 – What happens when you combine three of the most powerful
voices in Christian music with an iconic award-winning choir performing a
classic song of the faith? You get an internet sensation that impacts
people all over the world!

Cana’s
Voice – a powerhouse trio comprised of TaRanda Greene, Jody McBrayer
and Doug Anderson – is quickly becoming one of the most popular
artists in Christian music. The group recently made an appearance with
the Brooklyn Tabernacle Choir at the church in Brooklyn, NY as part of
their tour schedule. During the appearance, the trio performed with the
choir on several songs from their critically acclaimed release, This Changes Everything.

One
very special moment was shared via Facebook – the performance of the
beloved song, “Jesus Never Fails.” In under a week, this video has
garnered over 1 MILLION views on the popular social network, impacting
and inspiring people across the globe.

Brooklyn
Tabernacle Pastor Jim Cymbala commented via Twitter (@jimcymbala),
saying: “Thanking God for the uplifting music of @canasvoice, with
Taranda Greene, Jody McBrayer and Doug Anderson. It was a blessing
having them with us all day on Sunday. #JesusNeverFails.”

Collectively
and individually, Cana’s Voice is one of the Christian music industry’s
most lauded and loved vocal groups, with multiple awards – GMA Dove
Awards, American Music Awards, among others – and international
appearances on some of the most prestigious stages in the world
including Carnegie Hall, Grand Ole Opry, the National Day of Prayer, and
concert tours in Sweden. They are valued partners with leading
ministers, Dr. Charles Stanley (InTouch Ministries), Dr. David Jeremiah
(Turning Point), John Hagee (Cornerstone Church), Jim Cymbala (Brooklyn
Tabernacle) – all who consistently call upon Cana’s Voice to inspire
their crowds.

Cana’s Voice is currently on tour supporting their debut release, This Changes Everything, as well as joining David Phelps for the “Big Voice Tour” and with CeCe Winans for the “Vocal UP! Tour.”