Trisha Yearwood Puts Music Back on the Front Burner 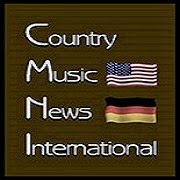 Trisha Yearwood Puts Music Back on the Front Burner

The music industry has been through some seismic shifts
in the last few years — just like Trisha Yearwood.

The Georgia native has reinvented and repositioned
herself, becoming an Emmy-winning TV personality and New York Times best-selling
author who is expanding her brand to include cookware and cutlery lines.

“I’m more surprised
than anybody that I’m having these kinds of conversations,” Yearwood said
of the opportunities that have been coming her way as a result of her two best-selling
cookbooks (a third is due next spring) and her Food Network cooking show, “Trisha’s
Southern Kitchen.” Now in its fifth season, the show won a 2013 Daytime Emmy
for Outstanding Culinary Program.

As she’s enjoyed this unexpected new chapter in her career,
fans have kept asking her if she was finished with music. On PrizeFighter:
Hit After Hit, her first new music in seven years, she shows them she isn’t.
“There’s a little bit of everything. It covers the gamut,” she said of the
album, which includes new versions of 10 of her greatest hits along with six new songs.

On top of that, PrizeFighter
marks Yearwood’s debut as a Sony Music artist. Among the reasons she cites
for joining the roster is that her husband, Garth Brooks, was already onboard.
“We wanted to be on the same label because we want to do duet records,” Yearwood
said. “We wanted to be able to do whatever we wanted and we’ve never been
on the same record label, so it was kind of born out of looking to find a home
that wanted to work with both of us.”

The title song, “PrizeFighter” (Jessi Alexander,
Sarah Buxton and Ross Copperman), reminds Yearwood of her mom and others battling
challenges in life. “When I hear this song, I see everything about my mom,”
she said. “I think about the soldiers I visited at Walter Reed (National Military
Medical Center). I think about little kids going to school and getting bullied.
There are so many things going through my head. It’s a really cool song and
it just seemed like the right title for this album.”

Yearwood was conscious of making the vocals sound like
what’s happening on radio today. “Years ago, it was the norm to crank in reverb
and effects and stuff like that,” said longtime friend and producer Garth Fundis.
“She told me upfront she was looking for a drier sound, a little less reverb,
a little more presence, a little more in-your-face. A lot of contemporary music
these days, if you listen, doesn’t have as much reverb and echo on the vocals,
so she wanted to specifically try to do that.”

Yearwood finds it interesting that with changes in
the sound of Country Music, perceptions of her work have changed as well. “Somebody
said, ‘They (the songs on PrizeFighter) sound Country,’” she said.
“‘Was it intentional? Were you really trying to do something more Country?’
I said, ‘They’re not. They’re kind of classic Trisha stuff. It’s what
I do.’ When I first started making records, everybody said, ‘You’re not
traditional Country.’ And I said, ‘I’m more raised on the Ronstadt thing.
It’s more of a contemporary Country sound. It’s not pop, but it’s definitely
not traditional Country.’ Now, in the modern era of Country music, I’m traditional
Country Music. It’s so funny.”

Whether it’s building her brand as a cooking guru or recording
a new album, Yearwood brings passion and integrity to every endeavor and a deep
sense of gratitude for every opportunity. “I really just never dreamed it would
lead to all this,” she admitted. “But it comes out of something I love to
do so I’m enjoying all of it.