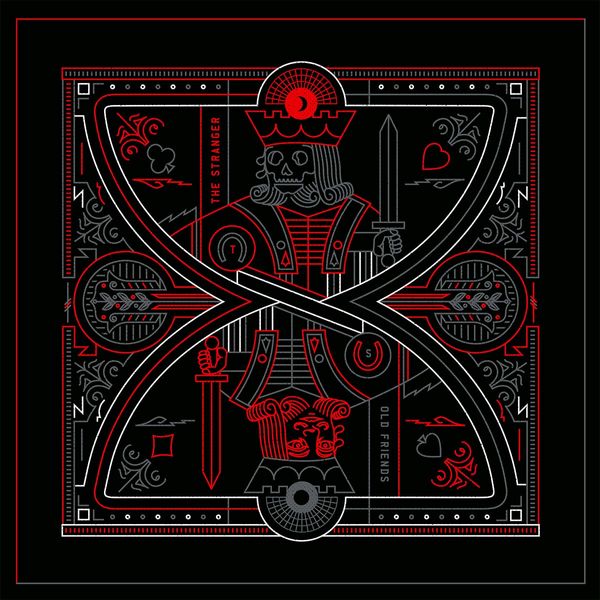 -What message would you like to send to your European fans?

I
think it is really cool that people in Europe dig what we do. We
haven’t been to Europe before, so if you have discovered our music, and
love what we do, consider sharing it with the people in your life that
matter the most, and who might dig it too. Who knows, maybe we can get a
European tour in the near future. It is a dream of ours to do so, we
are always looking for friends and teammates in this cold and wretched
world. Thanks for being in our corner and we hope to see you real soon.

-Do you have your own website and what will fans find there?

Band Information, Videos, photos, lyrics, social media links, upcoming shows, and you can contact us there too.

-How much creative control do you have over your music?

100%,
being an independent artist means we aren’t driven by commercial
success to drive our body of work. The downside of this is that we don’t
have the budget or team of people to help lighten the work load that
some of our contemporaries have access to. We do everything from
booking, promotion, hiring artists, we choosing our branding, and
merchandise, and writing and recording the music the way we want it to
sound. It’s freeing in that sense. We aren’t opposed to adding the right
teammates though to help us with the work load, but not if it
compromises the creative vision.

-Please tell us about the songs on your album (influences, etc.)

Most
of this record was recorded to analogue tape, in one take with very few
overdubs. We wanted this album to sound like we sound if you saw us
live. We wanted it to feel like you’re in the room with us, and to allow
the little nuances of momentary inspirations to bleed through the songs
and into the people listening. It’s real, it’s raw, and authentic with
no bull shit.

-Do you write the songs yourself?

The
bulk of the songs from this album were written by Morgan Snow the lead
singer and front man for the band with the exception of the song Blue
Smoke, which was penned and sung by John Davis who has been a fixture of
the sound of Triggers & Slips since the first self titled EP was
released in 2012, as well as the 2015 album Buffalo vs. Train (not
available online, yet). We added one cover song to this record by one of
our biggest influences, “Rooster” by Alice In Chains. It is such a
great song, it is dark, moody, and felt like something we could add a
new spin too. This song was recorded to one inch tape, live, in one
take.

-What inspired you to become a songwriter?

They
say that a songwriter’s canvas is silence. How cool is it to be able to
make something without needing to know what you’re doing, and not
physical materials? Songs started writing me, not the other way around.
Sure, songwriting is a craft, like woodworking, but it is as much right
brained as it is left brained. I think that the lack of limitations on
what a song “should be” allows a freedom of self expression that is
really rewarding. I started with closing my eyes, and letting out the
deepest parts of what my soul wanted to say. Sometimes those songs work
their way into a set, and into a recording studio, and sometimes they
are momentary journal entries that are sung and spoken into the wind and
never repeated. I try not to try too hard, and let it come when it
wants to and to let it be what it’s going to be. I am only a songwriter
when I am writing a song. I am a witness, a listener, and observer
first. I find it useful to continue to practice the art of paying
attention.

-What’s unique about you that will differentiate you from other artists?

The
hardest thing to be in this life is yourself. We have more in common
with other musicians than differences and that includes all genres, but
if we can find the courage to be who we are, then we have no other
option than to be different and stand out. We have an authenticity and
realness, we take chances, and in a world that seems to reward sounding
like someone else, we are walking our own path, who knows where we will
end up. It’s really not that important. Doing what we are doing is
enough to worry about. I will say this though, I haven’t heard an album
like the one we are putting out, prove me wrong I’d love to hear it.

What’s your favorite song you that you wish you would have written and recorded?

Neither
of these are my “favorite” songs, not even in the top ten, but to play
along I have a better idea. Let’s image a time machine did exist, and I
was privy to using said time machine knowing what I know now. I would go
back in time and write the lyrics of Wonder Wall but with the chorus of
Wagon Wheel. I would call it “Wonder Wheel,” or “Wagon Wall”, still
undecided. Unfortunately, I would later find out, in the past, a trippy
concept, that when people heard this “new” song it would kill people by
making their heads explode. The world’s population would be cut in half.
Seriously. It’s probably for the best that this technology doesn’t
exist.

Is there anything in your life that you would change if you could?

This
is like asking someone what they would ask God if given a chance. It
would do nothing but create excessive worry, confusion, and self doubt.
So if I was given the power to magically change one thing about myself
without any work, I would ask to not know that I could change one thing
about myself. It would be a huge load off my mind, and I would go back
to being the fallible, fucked up version of myself in complete blissful
ignorance.

Seriously
though, I want to continue being more empathetic, insightful, and to
age with grace. Luckily these are not things that require magic, just
better habits.