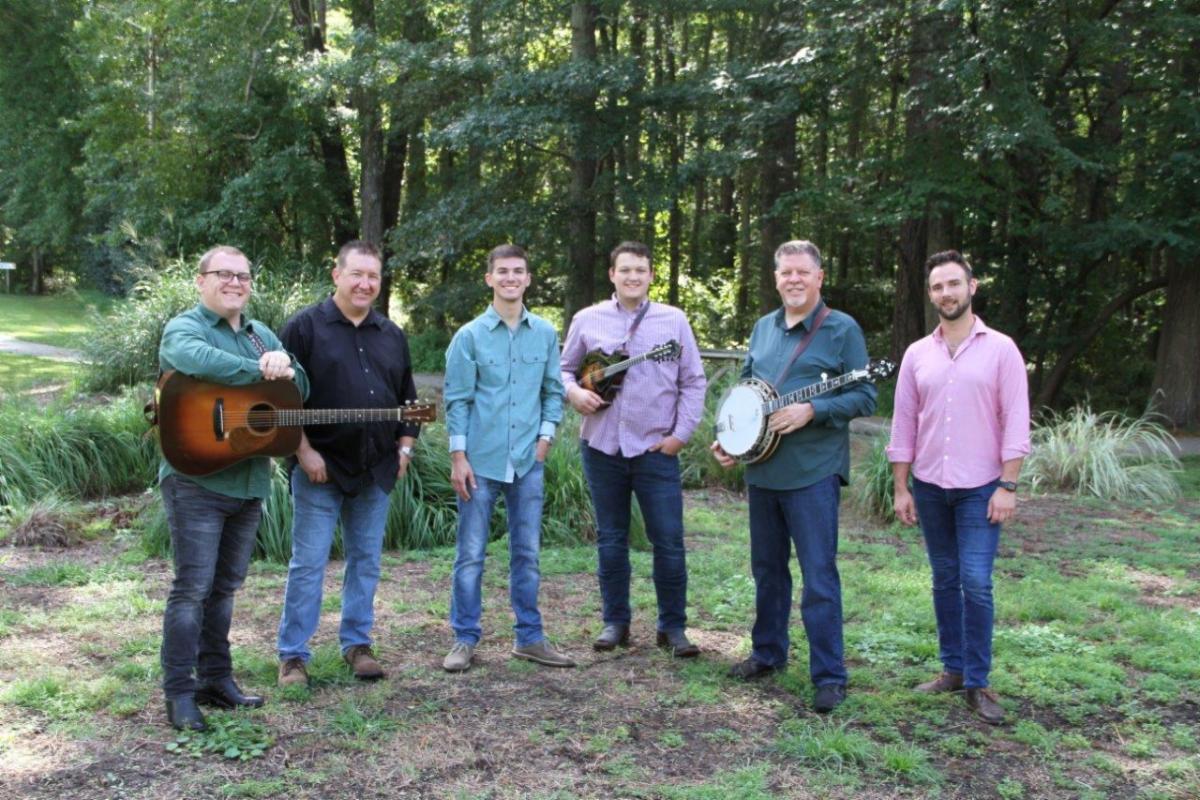 Trailblazing Bluegrassers Sideline To Headline Select Dates Throughout The Fall

Trailblazing Bluegrassers,Sideline,
are set to headline select dates at a variety of venues throughout the
Fall. The group will wrap up a milestone year with a #1 single (“Crash Course In The Blues”) and 125 shows (that included tours of Canada and Ireland) under their belts. Additionally, Sideline is nominated for their first IBMA awards – for Song of the Year (“Thunder Dan”)and Instrumental Recording of the Year (“Cotton Eyed Joe”).

Revered for their intense, high-energy stage performances, Sideline features heavy rhythms, intricate instrumentals, and the talents of six featured vocalists. Known as the “Metallica Of Bluegrass,” demand for the group has soared since the 2018 release of their album, Front And Center,for Mountain Home Music Company. The lead single,“Thunder Dan,” reached the top of the Bluegrass Today and Bluegrass Unlimited radio charts, before claiming the #1 spot of Bluegrass Today’s Most Played Songs list of 2018.

The
group’s current single, the high-octane Southern-Grass Jam “Crash
Course In The Blues” has already reached #1, and the track offers
listeners a glimpse of the band’s upcoming music. Whether Traditional or
“Old Time” Bluegrass, Blues or Country, fans can count on Sideline to
put their own identifiable stamp on each and every song.

Founders
Steve Dilling (banjo), Skip Cherryholmes (guitar) and Jason Moore
(bass) are all acknowledged for their individual historic contributions
to the genre as members of highly awarded groups with multiple Grand Ole
Opry appearances and years of national and international touring to
their credit. Daniel Greeson on fiddle, Bailey Coe on guitar and
newcomer Zack Arnold on mandolin round out the sextet. Sideline
continues to explore new markets and venues, with fans at Woodsongs Old Time Radio Hour and Wintergrass (Bellview, WA) getting their first look at the group this year. Previously, Sideline performed at the Gettysburg Bluegrass
Festival, MerleFest, The Red Hat Amphitheater, as well as more intimate
stages. This year, the band has shared the spotlight with Ricky Skaggs,
Sam Bush, Del McCoury, John Paul White, Dan Tyminski and other
luminaries.