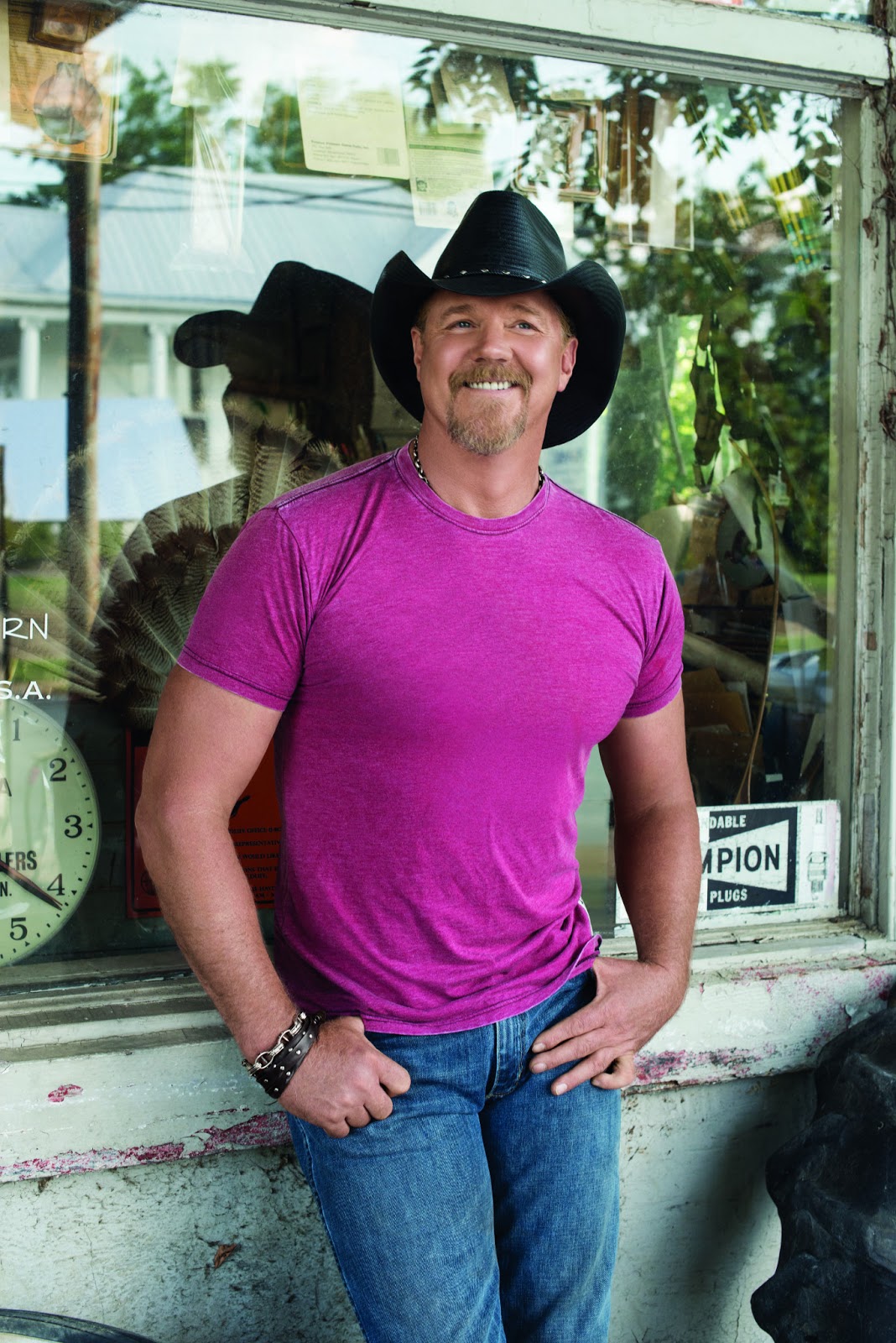 (June
11, 2013 – Nashville, TN) – Veteran hit-maker Trace Adkins kicked
summer off by winning All-Star Celebrity Apprentice, raising over $1.5
million for the American Red Cross and releasing Love Will… his
11th studio album (Show Dog-Universal). However, despite accolades and
powerful performances, he has yet to share the stage with two-time
Grammy winning singer/songwriter, Colbie Caillat who appears on the
album’s poignant first single, “Watch The World End With You,” – until
now.
On
Wednesday, June 12, Adkins and Ms. Caillat will give their first
televised performance together on NBC’s “The Tonight Show With Jay
Leno.” Of the soul-searching single, USA TODAY wrote, “Not many guys could pull off a love song about the apocalypse, but danged if Adkins doesn’t make it sound romantic.”
Adkins,
however, gives the credit to Colbie, “This song is about undying love
and two people who feel exactly the same way about each other. It needed
a voice that was feminine and strong. Colbie’s voice is pure, sultry
and soulful all at the same time and I am honored that she could join me
on this powerful song by Brett Edlredge.”
While at Leno, Trace will host a Facebook Q&A with fans at 3:00pm Eastern / 12:00pm Pacific on the official CMT Facebook page.  Using the new Facebook feature, Replies,
the quality of the conversation will be more direct than ever, since
users can reply directly to comments and start a conversation thread.
This new feature helps users manage multiple conversations on a post,
and ensure that friends visiting the page always see the best
conversations.
Love Will… is available now (http://smarturl.it/ituneslw) and tackles
the world’s greatest emotion. Guests include Colbie Caillat, the
esteemed Harlem Gospel Choir and rock/country veterans, Exile. About the album, the Associated Press wrote “… the
tall, muscular former oil rigger concentrates on romantic themes, some
of which push at the steamier edges of conservative country music
conventions – as on his cover of the Exile pop hit “Kiss You All Over.””
Country Weekly applauds, “Love Will . . . isn’t
a collection of schmoopy, saccharine ballads. The songs are solid and
lyrically diverse, exploring love—from the unrequited kind of “So What
If I Do” to the eternal in “Watch the World End” to the downright
heartbreaking in “If the Sun Comes Up.””
ABOUT TRACE ADKINS:
Grammy-nominated Trace Adkins’ trademark baritone has turned albums
into Platinum plaques, with over 10 million albums sold, cumulatively.
The member of the Grand Ole Opry has a hit list that includes “(This
Ain’t) No Thinkin’ Thing,” “You’re Gonna Miss This,” “Ladies Love
Country Boys,” “Songs About Me,” “Honky Tonk Badonkadonk ,” “I Left
Something Turned On At Home,” “Every Light In The House,” “Hillbilly
Bone (Blake Shelton and Trace Adkins),” “Hot Mama,” “I’m Tryin’,” “Just
Fishin’,” “Then They Do,” “Chrome,” and “More.”  In 2011, Trace’s album,
Proud To Be Here debuted atop the Billboard Country Chart and his eleventh studio album, Love Will… was released May 14, 2013 on Show Dog-Universal Music.
He
a television personality whose integrity and wry humor served him well
when he was named winner of NBC’s All-Star Celebrity Apprentice in May
2013 with over $1.5 million raised for the American Red Cross. He
created and hosted GAC’s “Great American Heroes,” series that honors
great deeds by every-day Americans and, for three consecutive years, he
has hosted FOX’s American Country Awards.
Additionally,
Adkins is a spokesman for the Wounded Warrior Program, the American Red
Cross and has performed seven USO Tours. He was humbled to serve as
Honorary Grand Marshall in the 2013 Memorial Day Parade in Washington,
DC. As an actor, Trace has played a tough as nails biker in The Lincoln
Lawyer (starring Matthew McConaughey) and as an author, the 6’6″
oil-rigger recounted his rise to fame, brushes with death and battles
with personal demons in his 2007 autobiography, A Personal Stand: Observations and Opinions from a Freethinking Roughneck.
COLBIE CAILLAT – Two-time Grammy winning singer songwriter Colbie Caillat caught
a generation’s imagination with her first hit single “Bubbly”, which
become one of the best-selling digital tracks of all time.  . Her first
album COCO debuted at No. 5 and raced its way past the multi-Platinum
barrier. Her second album BREAKTHROUGH broke at No. 1 and was honored
with two Grammy nominations; that same year, Colbie won two Grammys for
her collaborations with Jason Mraz and Taylor Swift.

Her most recent studio album ALL OF YOU netted Caillat her sixth platinum single in Brighter Than the Sun, which was featured in more than 20 films and tv shows.  Last year, Caillat
released her first holiday album ever, CHRISTMAS IN THE SAND, which
featured duets with Brad Paisley, Gavin DeGraw and others.     Caillat
works for honorable causes including the Surfrider Foundation, Save the
Music, Farm Sanctuary, the Humane Society of the U.S.  Her new studio
album is due later this year.