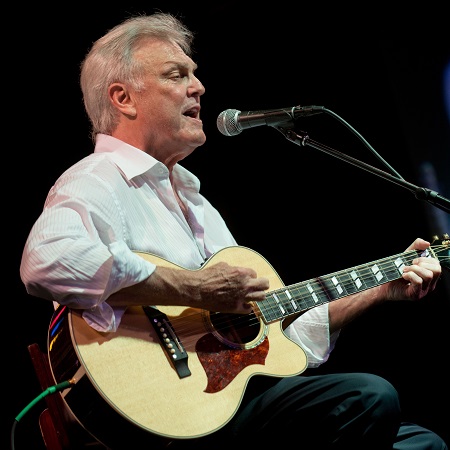 LOS ANGELES, Calif. (April 27, 2017)
– This year marks Tommy Roe’s 55th year in the music business, an
achievement not many artists can brag about. In 1962, Roe celebrated his
first No.1 single on the Billboard charts with the release of “Sheila,”
a song he wrote when he was only 14 years old.

“It’s hard to believe it has been 55
years since “Sheila” topped the charts and after all these years it
still brings a smile to the face of my audience when I sing it at one of
my concerts,” said Roe, known as being the “Father of Bubblegum Pop.”

Roe, who turns 75 years young on May 9,
recently released his autobiography, “From Cabbagetown to Tinseltown,”
featuring co-writer Michael Robert Krikorian. The book is available at
Barnes & Noble, Books-A-Million, various independent book stores,
and online at TommyRoe.com and Amazon.com.

In his book From Cabbagetown to
Tinseltown, Roe correlates his journey to Hollywood with the historical
events of that time period that were changing and shaping America and,
in turn, the music industry. In this autobiography, Roe doesn’t hold
back. He uses his down-home humor and unique perspective to share about
his years and experiences both inside and outside of music.

“My journey from a working class section
of Atlanta called Cabbagetown to the glamour that is Hollywood was
anything but easy. I stuck by my principles and values making a name for
myself that I could be proud of. Writing this book was sometimes a
struggle for me and very carthartic indeed. It took the better part of
three years, and brought back a lot of memories, the good and the bad. I
have been truly blessed to live this life, and I’m glad that I can look
back with no regrets.” said Roe.

One of the most influential and
foundational figures in popular music, Roe has had four Gold Records:
“Sheila,” “Dizzy,” “Sweet Pea” and “Jam Up and Jelly Tight.” He has also
had 4 Billboard top 100 Albums. He is a member of the Rockabilly Hall
of Fame, The Iowa Rock and Roll Association Hall of Fame, as well as the
Georgia Music Hall of Fame.

Tommy Roe is a multifaceted,
international artist who wrote, co-wrote, and recorded six Top 10 hits
between 1962 and 1969 more than any single artist/songwriter during that
period of the sixties. With a total of 11 records reaching the
Billboard Top 40 and 23 Billboard Top 100 chart records, Tommy is
considered one of the early pioneers of the American Pop music culture.

In the spring of 1966 with his release
of the smash hit, “Sweet Pea,” spring breakers started to hit the
beaches in Florida, and they embraced the new sound that Tommy had
created called Bubblegum. However, the media was not as receptive as his
fans were to the new genre Roe had created. They began voicing their
opinion by malevolently labeling him “The King of Bubblegum.”

More recently, Roe scored big with his
hits, “Devil’s Soul Pile” and “Memphis Me.” His new music parts ways
with his expected style instead showcasing his talent as both a singer
and a songwriter.

Roe hasn’t let the success of his career
stop him from doing what he loves. He continues to write new songs and
perform around the globe.

For more information and tour dates, or to purchase “From Cabbagetown to Tinseltown,” please visit www.tommyroe.com.