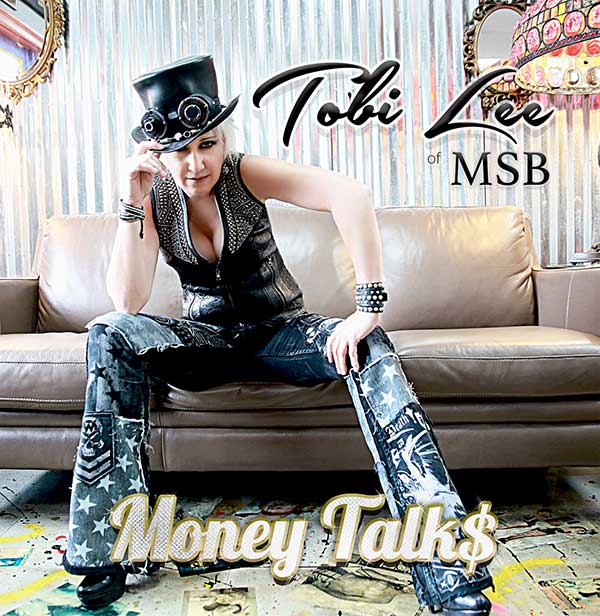 Singer-songwriter and multi-instrumentalist Tobi Lee, is releasing her latest solo album titled Money Talk$ Friday, March 20th. As part of the celebration, Tobi Lee will be having a release party at the Nashville Palace
Tuesday, March 24th at 7pm. From her rockin’ style to her “out of this
world” personality, Lee has reinvented the way we hear country music
with this new release. Not only did Lee produce ‘Money Talk$,’ but she
also wrote and co-wrote every song included on the album.

Lee’s collaborations are infinite and renowned. She co-wrote with Grammy Award winning songwriter Frank J. Meyers who has written songs for legends such as John Michael Montgomery, Lonestar and Reba McEntire; and writer Elizabeth McDavid Elkins, who has written for country star, Billy Currington. These are just a few of the greats that Lee has joined forces with to create the songs you will hear on this new album.

“I wanted to cut something that didn’t settle into a certain mold of
what was expected,” says Tobi Lee. “I wanted versatility with different
sounds and styles. In every way, I wanted this album to be a little bit
of EVERYTHING from country, rock and even some blues.” “Money Talk$” has
been a passion of love since the beginning and I can’t wait for
everyone to hear it!”

With more than 120 shows confirmed this year, Tobi Lee and her band, MSB
will bring to the stage a high energy performance that will leave
crowds craving more.

“I love to perform on stage whether it is in front of 50,000 people at
the Havelock Country Jamboree in Ontario, Canada or in front of 50
people at the Bluebird Cafe in Nashville,” explains Lee. “I like to make
the audience feel as if they are sitting in my living room and we’re
just jammin’ and taking a break from life for a little bit.”

Growing up in Indiana, Tobi Lee was born to be an entertainer. She
performed in local theater with nearly 300 total performances. While
hosting her own local television show, she formed her first band, “The
Country Sunshine Band.” As part of a special recording project, Tobi Lee
joined Gloria Gaither and The Bill Gaither Trio
on the single “I’m Somebody.” which can be heard on the album
“L.I.F.E.” She has opened for Lorrie Morgan, Tanya Tucker, Old Dominion,
Toby Keith, Martina McBride, Blake Shelton, Luke Bryan, Miranda
Lambert, .38 Special, Lynyrd Skynyrd and more.

“It’s so exciting to be playing in the town that I call home,” expresses
Tobi. This will be a high energy show and there’s a good chance I’ll
play just about every instrument on the stage. I hope to see everyone at
the Nashville Palace! We are going to rock the house.” “Not only will
you hear songs from “Money Talk$,” but also “Jiggle It A Little” that I
wrote with Sandy Ramos (Dixie Chicks, Faith Hill) and “Tell It To Me Sober” that I wrote with Chet Roberts from 3 Doors Down.