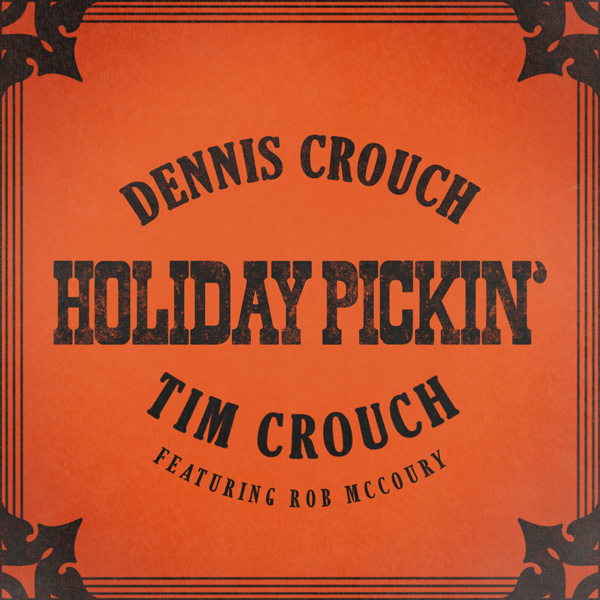 Rural Rhythm Records is pleased to announce the second single by Tim Crouch and Dennis Crouch “Holiday Pickin’” from its partnership with Nashville based Engelhardt Music Group.

“Holiday Pickin’”,
is one of the most iconic Banjo tunes ever written by the Legendary
Ralph Stanley.  Certainly on the “Mount Rushmore” of Bluegrass Giants;
The Stanley Brothers along with Bill Monroe, Flatt & Scruggs, and
Reno & Smiley were the first seven members inducted into The
Bluegrass Hall of Fame.

“Holiday Pickin’”
was the very first song recorded by The Stanley Brothers for
Starday/King Records when they left Mercury Records.  They recorded it
in the summer of 1958 at WCYB in Bristol, TN.  Ralph based “Holiday Pickin’” on the old tune “Wild Horse”, which dates back to Revolutionary War days.

“Holiday Pickin’” is available for download to D.J.’s and program directors on AirPlay Direct.

The
new single is also available commercially wherever digital downloads
are available including iTunes and Amazon and streaming on Spotify and
Pandora.

Glen Duncan
is a Grammy award winning musician, artist and songwriter, who has
appeared on thousands of records with some of the most iconic artists in
history. Adam Engelhardt, of the legendary SonyTree Studios in Nashville, TN, has produced and/or engineered many major projects over the years. Duncan and Engelhardt are the production team at Engelhardt Music Group, LLC which will be releasing several singles in the near future.

About Tim Crouch and Dennis Crouch:

Tim Crouch
has been playing fiddle and mandolin since the age of 7.  Tim along
with his dad and Brother Dennis, performed with their family group and
won the Arkansas State Fiddlers Championship 5 times, the National
Championship 2 times, and many other contests as well.  Tim Crouch became a Virginia Boy with Jim and Jesse and the Virginia Boys, performing at the Grand Ole Opry at the young age of 19. Tim played with the group for 3 years.