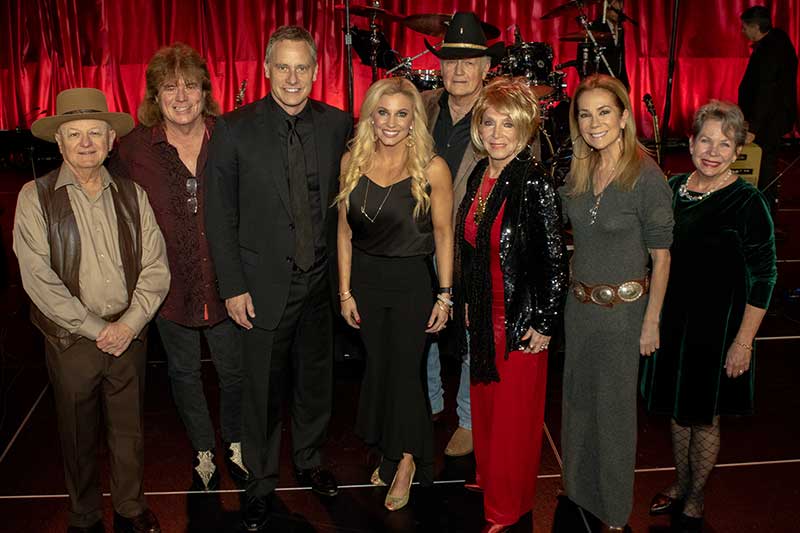 Atwood also sang his latest single, “I’ll Stand Up & Say So” from his latest album, Livin’ The Dream.

The special event was established to honor Nashville senior citizens by George Shinn and TheGeorge Shinn Foundation
as a promise to his mother to always remember our seniors.
Approximately 800 seniors from the greater Nashville area were served at
the free luncheon, highlighted by holiday entertainment, special door
prizes, and a car which was given away to a needy individual.

“This is my second year to perform on the ShinnDig, and it is such an
honor!” says Atwood. “I love the way George Shinn and the George Shinn
Foundation remind us that, in what often feels like a youth obsessed
society, our “seniors” are still our most valuable asset. I can attest
that life doesn’t end when you reach a certain age; with the right frame
of mind and perseverance, it just keeps getting better.”

With recent appearances on TBN’s HUCKABEE, Hallmark Channel’s Home & Family, Fox News, RFD-TV’s Larry’s Country Diner,
and a busy tour schedule, audiences understand the long time veteran of
the Grand Ole Opry stage is more than a singer; more than a pianist;
Tim Atwood is an entertainer and a dynamic country showman.

Tim is originally from East Peoria, Illinois. He began his music career
playing gospel music at the age of thirteen for The Harris Family.
Before settling in at the Grand Ole Opry, Tim toured with country
legends Mel Street, Lynn Anderson and Jim Ed Brown where he can still be
seen regularly on the rebroadcasts of Jim Ed’s TV series Nashville On
The Road. Tim’s other TV credits include Home & Family, Larry’s
Country Diner, Another Wednesday Night Prayer Meeting, Opry Live,
Nashville Now, Hee Haw, Church Street Station, Country On The Gulf, Pop
Goes The Country, Country Connection, Late Night With David Letterman,
The Dailey & Vincent Show and features on CBS, NBC and FOX National
News.

About The George Shinn Foundation:

The George Shinn Foundation is dedicated to making a difference among
the people it serves. By providing for basic needs, answering calls for
help in times of crisis, and equipping ministers, The Foundation aims to
offer the love of Christ and the hope of the Gospel to those who
suffer.