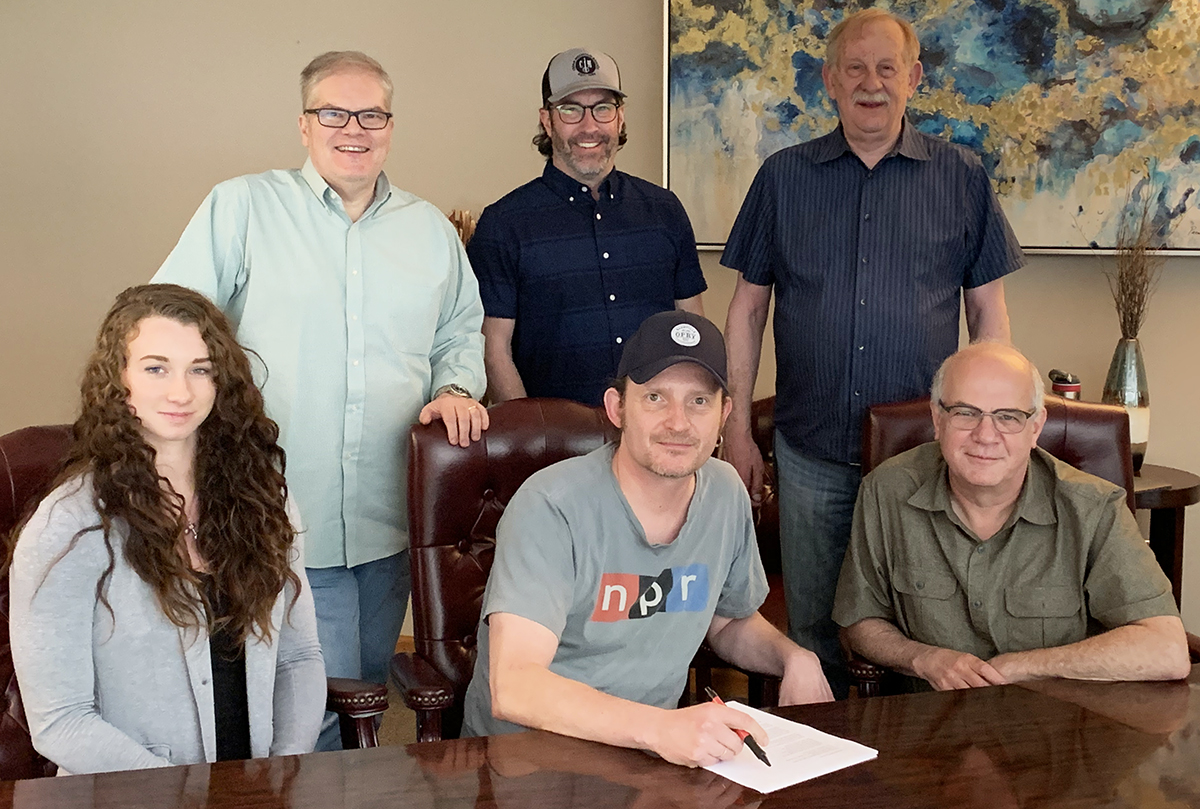 Guitarist, producer and songwriter Thomm Jutz has made a name for himself in roots music — in the songwriting credits for several #1 and top-20 Bluegrass hits, as an accompanist and musical partner to singer-songwriters like Nanci Griffith, Kim Richey, Mary Gauthier and David Olney, and as a producer of albums by artists like Griffith, Jason Ringenberg, Mac Wiseman and more.

A native of Germany who fell in love with American country and roots music as an 11-year-old, Jutz
built a career as a touring musician across Europe and developed his
skills as a songwriter, recording engineer and producer in the waning
years of the 20th century before winning the immigration lottery in 2003
— heading, of course, straight for Nashville.

And while his songs have been recorded by a broad range of Bluegrass, Americana and folk artists, Jutz has always saved some for himself, performing his original work on two solo albums, Volunteer Trail, and Crazy If You Let It.

“I’m elated to be signing with Mountain Home. We’ve been working together on the publishing end of things for a while. To record for Mountain Home now is a logical step and a very exciting one at that,” says Jutz.
“We are already throwing around some ideas that I am enthusiastic
about. There’s lots to be done, there’s always room for things to be
done differently and everybody at Mountain Home supports that energy. I truly have found a creative ‘Mountain Home.’”

Jutz’s other works have included three volumes of The 1861 Project, featuring music he wrote about the American Civil War,
with each focusing on one chapter of the war: Farmers who turned into
soldiers, the role Irish immigrants played in the Civil War, and the
Battle of Franklin.

Jutz also partnered with Peter Cooper to create an album by dual Country and Bluegrass Hall of Famer Mac Wiseman that tells stories of his life growing up in Crimora, Virginia, during the Great Depression. Recorded at Jutz’s own studio, the resulting album, I Sang The Songs, is a true masterpiece that features John Prine, Shawn Camp, Jim Lauderdale, Sierra Hull, and Mac himself.

Look for new music from Thomm Jutz later this year.

Thomm Jutz is a songwriter, producer and guitar player whose songs have
been recorded by Balsam Range, Chris Jones & The Night Drivers,
Terry Baucom, Nanci Griffith, Kim Richey and many more. To date he has
had six #1 bluegrass songs and was nominated for IBMA Songwriter Of The
Year in 2017 and 2018. His song “Going Back To Bristol” was nominated
for Song Of The Year 2017. He’s the producer and principal songwriter of
The 1861 Project, a three-record collection of original songs about the
American Civil War. He also co-wrote and produced I Sang The Song, a
musical biography of Mac Wiseman featuring John Prine, Alison Krauss,
Shawn Camp and many other renowned Bluegrass artists. Jutz has
previously released two Bluegrass solo records Volunteer Trail and Crazy
If You Let It.