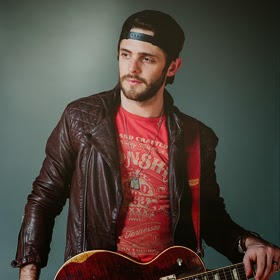 “Talladega is one of those iconic places that you grow up knowing about,
whether you follow NASCAR or not,” said Thomas Rhett. “So, to be able
to go there and perform…that definitely goes on the ‘Things I’ll tell my
Grandkids’ list.”

The Platinum-selling singer/songwriter was also recently tapped as
direct support for Florida Georgia Line on their upcoming ANYTHING GOES
TOUR 2015, which kicks off Jan. 15 in Toledo, OH. The new tour will
follow runs with some of Country Music’s biggest stars including Jason
Aldean and Miranda Lambert.

Thomas Rhett just released the new single “Make You Wanna” from his
debut album IT GOES LIKE THIS (The Valory Music Co.), which has already
spawned two consecutive Platinum-certified No. one hits, spending a
total of four weeks in the top position in the last year.