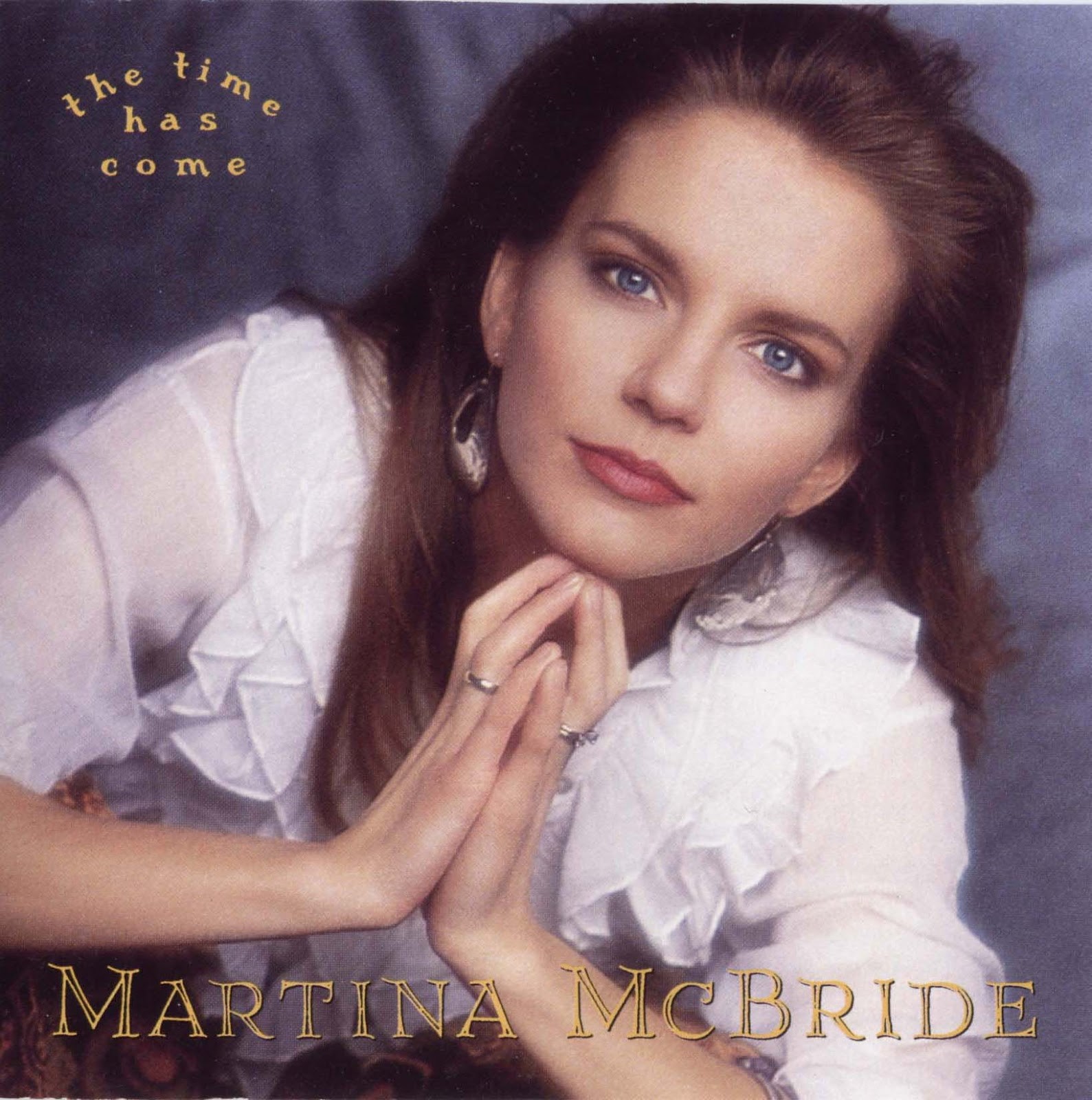 Nashville, TN – Country music icon, Martina McBride has forged a thriving career marked by numerous milestones including  May 12th, 2017 as she celebrates the 25th anniversary of her debut album, The Time Has Come. Fans around the world can join in on the celebration over the Memorial Day weekend (May 26-28) with special programming on SiriusXM, CMT, and Spotify.

After moving to Nashville on New Year’s Day 1990, Martina waited tables,
sang demos, and made a self-produced demo tape that eventually landed
her a deal with RCA Nashville. She was introduced to the country music
world in 1992 with her debut album, The Time Has Come. This album garnered three singles and landed her the opening spot on the Garth Brooks tour that same year.

It was Martina’s sophomore album, The Way That I Am, that saw
the Kansas native hit her stride with monster hits like “My Baby Loves
Me,” “Life #9” and “Independence Day.” The video for “Independence Day,”
depicting the effects of domestic abuse, became one of country music
and Martina’s most iconic videos, landing at the #2 spot on CMT’s 100 Greatest Videos in Country Music, winning the 1994 CMA Video Of The Year, and
propelling Martina into the conversation about domestic violence.  She
has spoken to young women at high schools about warning signs of an
abusive relationship, and has been the spokesperson for both the National Network to End Domestic Violence and the Love Is Respect campaign.

Throughout her career, Martina has lent her voice to several
humanitarian efforts focusing mostly on helping women and children. She
formed the organization Team Music Is Love, a global charity initiative dedicated to making the world better through the power of music. Through TMIL
she and her fans have built a music program for recovering and homeless
young girls at Covenant House in Guatemala, raised money for a breast
cancer research grant, as well as sponsoring and volunteering at several
shelters and food kitchens in cities where she performs thus providing a
way for TMIL and the fans to give back to local communities.

Martina’s catalog of music has become an anthemic playlist to fans
around the world. Her passion for songs that evoke emotion, her love for
her family as a mom to three daughters, and her authenticity have made
her a role model for women all over the world. Her albums, including
“The Way That I Am,” “Wild Angels,” “Evolution,” “Emotion,” “Martina,”
“Timeless,” “Waking Up Laughing,” “Shine,” “Everlasting” and “Reckless”
have inspired a whole new generation of young artists.  In addition, her
“White Christmas” has become an annual holiday classic.

Continuing to inspire audiences and artists alike with her powerful
vocals, Martina has amassed a string of hits throughout her career,
including “Wild Angels,” “Happy Girl,”  “I Love You,” “Love’s The Only
House,” “Where Would You Be,”  and “Anyway” to name a few.

With twelve studio albums under her belt, country’s leading lady has
sold over 18 million albums worldwide, forging a career that most could
only hope for. The “Blessed” singer has garnered five Country Music
Association Awards— including four Female Vocalist of the Year wins,
four Academy of Country Music Awards, an American Music Award for
Favorite Country Female Artist  and 14 Grammy Award nominations. She’s
had crossover success with “This One’s For The Girls” and “In My
Daughter’s Eyes” and recorded duets with Bob Seger, Don Henley, Jimmy
Buffet, and most recently, John Mellencamp.

“Most artists hope for a good solid ten years in this business,” says
Martina.  “To think I have been doing what I love for 25 years and still get
to do it is more than I dreamed and a great testament to my fans. They
are what has enabled me to be around this long and I’m very grateful.”

To kick off the next quarter century, Martina is headed into the studio
to work on new music and will continue performing at venues and
festivals across the United States.