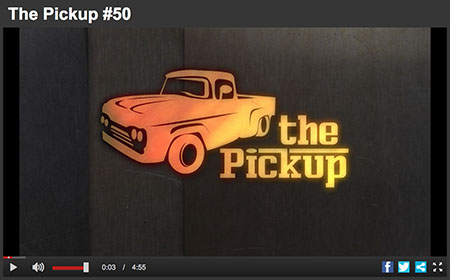 NASHVILLE, Tenn. (February 7, 2017) – Continuing the tradition of presenting the top stories in country music, the “The Pickup’s” 50th episode starts out by being grateful for more than just it’s 50th episode. The Eli Young Band
is okay after their tour bus was destroyed in an engine fire. The fire
has not hindered the group from keeping their tour dates all across the
country for this month.

Trace Adkins has announced his new album
“Something’s Going On” will drop on March 31. His 2017 tour to promote
the album will start February 4 at Universal Studios Florida.

Several country artists could be seen performing at President Trump’s inauguration including Lee Greenwood, Toby Keith, and The Frontmen of Country, comprised of Tim Rushlow (formerly of Little Texas), Lonestar’s Richie McDonald and Larry Stewart of Restless Heart. Big & Rich could be seen at the Inauguration Gala the night before.

Reba McEntire has released her spiritual new single
“Back to God” off her new album “Sing It Now: Songs of Faith and Hope.”
The album is available now, and McEntire says fans can expect a lot of
new music to be coming soon.

Crystal Gayle received a standing ovation as she was
inducted into the Grand Ole Opry by her sister Loretta Lynn more than
50 years after her Opry debut.

ABOUT THE PICKUP:
Launched in early 2015, The Pickup, a syndicated country video news
series produced by The Hot Seat, highlights today’s stars and classic
country artists making news today. New episodes are posted on the 1st
and 15th of each month. The Pickup, hosted and produced by Adam Wurtzel,
can be seen on the websites of broadcasters across the country (Nash
Icon, HankFM, Midwest Communications, Zimmer Communications’ 94.3 KAT
Country, etc.), online media blogs, the U.K.’s SKY Television, Heartland
Network, and Sandy Zimmerman’s Las Vegas Television Network.