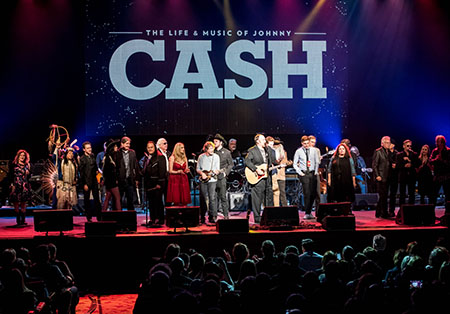 Each year, the Music Masters series explores the legacy of one of
those pioneering figures through a range of events that includes Museum
exhibits, lectures, films, a major conference and a tribute concert
benefiting the Rock Hall’s education department. Drawing together music
experts, artists, fans and friends, these events aim to provide new
perspectives on some of the most beloved and influential musicians of
the past century. The Music Masters series began in 1996 when the museum
paid tribute to Woody Guthrie with a 10-day celebration of his life and
legacy. Other honorees have included Aretha Franklin, Muddy Waters,
Fats Domino and Dave Bartholomew, Janis Joplin, Jimmie Rodgers and more.

About The Oak Ridge Boys:
The Oak Ridge Boys, who have sold over 41 million units worldwide,
are synonymous with “America, apple pie, baseball, pop, rock, gospel and
country music.” In addition to their awards and accolades in the
country and pop music fields, they have garnered five GRAMMY® Awards and
nine GMA DOVE Awards as well as the Mainstream Artist of the Year Award
at the ICM Awards. The group—Joe Bonsall, Duane Allen, William Lee
Golden, and Richard Sterban—have earned prestigious membership in the
Country Music Hall of Fame (2015 Inductees) and Grand Ole Opry, and are
known worldwide as one of recording history’s most extraordinary musical
successes. They have charted single after single and album after album,
celebrating two double-platinum albums and more than 30 Top 10 hits,
including No. 1 chart-toppers “Elvira,” “Bobbie Sue,” “Thank God For
Kids,” “American Made,” “Y’All Come Back Saloon,” among dozens more. For
more information and to view upcoming tour dates for The Oak Ridge
Boys, please visit www.oakridgeboys.com.