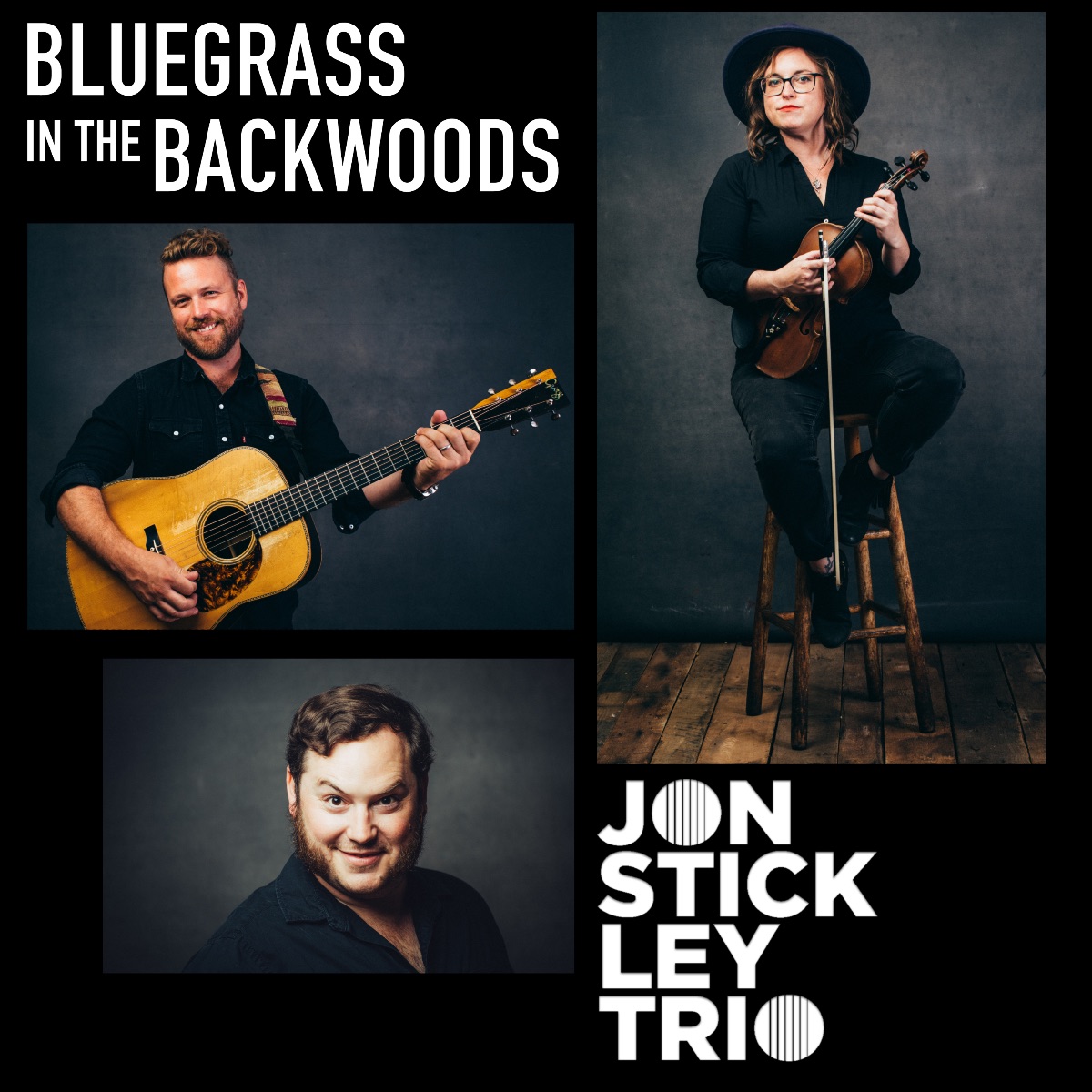 The Jon Stickley Trio puts its fusion spin on bluegrass classic, “Bluegrass In The Backwoods”

The groundbreaking Jon Stickley Trio is back with their third single for Organic Records, and this time out, it’s a characteristically witty yet deeply rooted take on a bluegrass classic: legendary fiddler Kenny Baker’s “Bluegrass In The Backwoods.”

“It was only a matter of time before we worked up this song, and I’m so glad we did,” says guitarist Stickley. Long a favorite of fiddle players influenced by the Bluegrass Hall of Famer, “Bluegrass In The Backwoods” first appeared on Baker’s 1977 Frost On The Pumpkin, recorded with a band that included three fellow members of Bill Monroe’s Blue Grass Boys and a young Sam Bush on the mandolin. Here, the spotlight lingers longest on violinist Lyndsay Pruett, who lends her own verve to the intricate twists and turns of Baker’s melody as drummer Hunter Deacon knocks out kaleidoscopic rhythmic variations and Stickley alternates taut chordal work with his own ripping solo.

“The tune captures one of the coolest aspects of bluegrass: Its ability
to naturally incorporate other genres and styles. It’s easy to hear the
influences of Gypsy Jazz, and even Bebop in the phasing of the melody,”
the bandleader notes. “When developing this song for the Trio,
we wanted to stick to the melody as much as possible, paying tribute to
the original composition. We viewed the original melody through our own
rhythmic lens and just ran with it. The result landed in Country-Latin
territory, and we like to think Kenny would have been happy with it.”

Listen to “Bluegrass In The Backwoods” HERE.