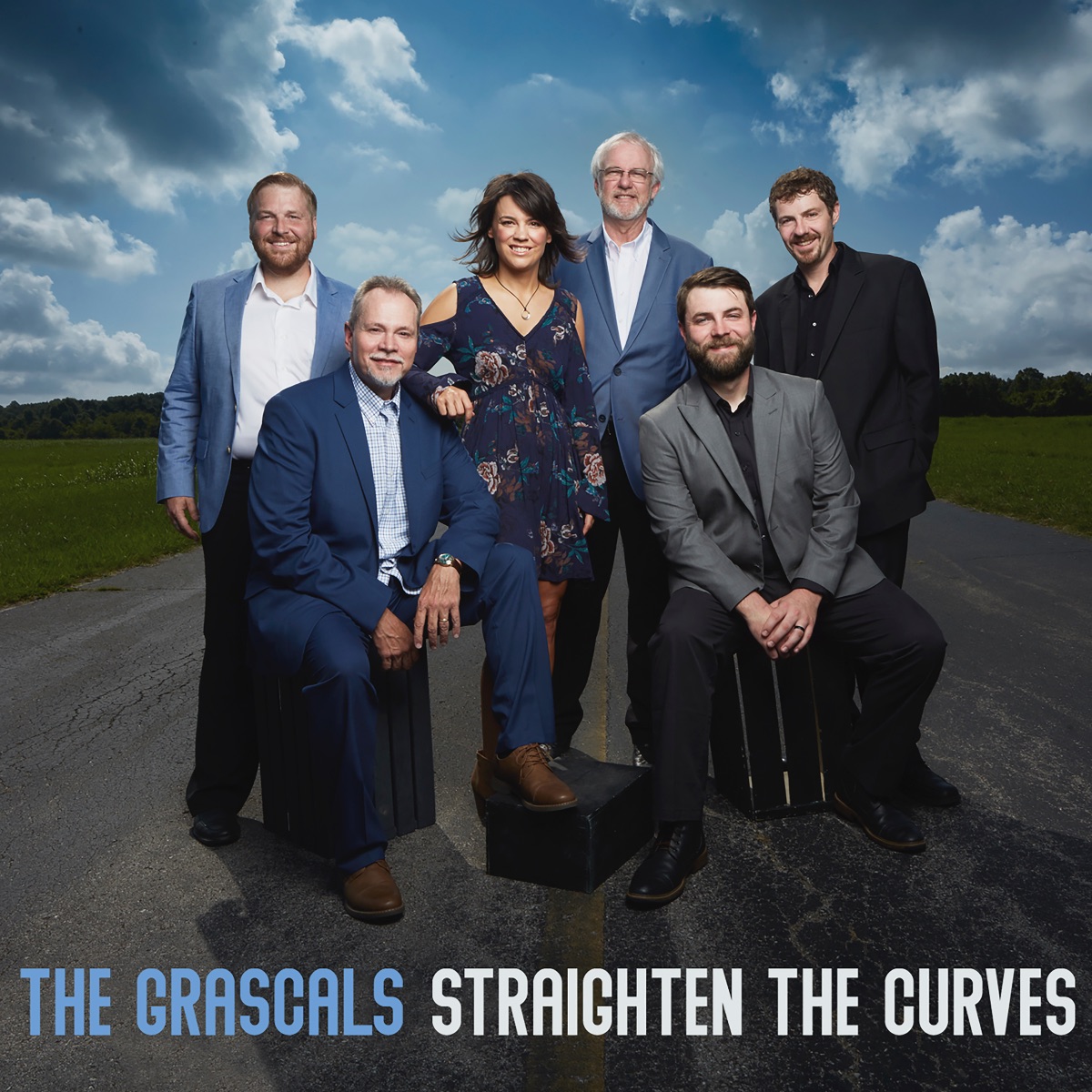 The Grascals ‘Straighten The Curves’ on new album, available now

Every
touring musician knows the difference between a twisting, turning road
and a miles-long straightaway — whether that road is the literal one on
which they spend so much of their time or a metaphor for career and for
life. The Grascals certainly know it, as challenges and changes have mixed with top industry awards, 3 GRAMMY nominations, 2 IBMA Entertainer Of The Year awards, late-night TV appearances, frequent guest appearances on The Grand Ole Opry and more in a career now in its 15th year. And with today’s release of their latest Mountain Home collection, Straighten The Curves, the veteran ensemble shows that they’re moving full speed ahead toward new horizons.

With two of the set’s tracks already out — and having already topped the charts — Straighten The Curves looks briefly backward even as it introduces a strong new addition in Chris Davis,
who contributes solid guitar picking, stellar harmonies and compelling
lead vocals that perfectly complement the singing of veteran members John Bryan and founding member Terry Smith.
But though the lineup has changed, you wouldn’t know it from the
sextet’s masterful performances encompassing their signature mix of
bluegrass and country-flavored originals, country classics, gospel
treasures and sparkling instrumentals.

From start to finish, then, this is vintage Grascals
— confident, clear-eyed, and filled with a spirit of adventure that’s
always looking down the road, whether it leads away from or back to
home. These are themes woven through the course of the project, from the
lively Becky Buller-penned opener, “My Virginia Mama,” to the group’s revival of Eddie Rabbitt’s 80s country hit, “Drivin’ My Life Away,” and the defiant getaway of the title track, penned by Canadian old-time and bluegrass stalwart Chris Coole.

In true Grascals form, there are a couple of stellar gospel numbers given luminous readings by Bryan (“The Shepherd Of My Valley”) and Davis (“What Does God Look Like”) alongside a pair of ballads in the thoughtful “They Laughed” and a melancholy “Don’t Leave Your Memory Behind,” the mandolin-led picking showcase, “AndiWayne,” and a pair of grassy lovelorn laments in “Calling Your Name” and “Who Needs You.”

With the vocal trio of Bryan (guitar), Davis (guitar) and Smith (bass) backed by an instrumental trio that includes Kristin Scott Benson, four-time IBMA Banjo Player of the Year and recipient of the Steve Martin Award, founding member Danny Roberts (mandolin), a seven-time SPBGMA Mandolin Player Of The Year, and master fiddler Adam Haynes, The Grascals are a formidable presence in the world of bluegrass.

Infusing a musical wisdom developed and refined through years of steady
creativity on stage and in the studio with the fresh energy brought by
new talent, The Grascals are at the top of their game — ready to delight long-time fans and make some new ones, too, as they Straighten The Curves.

Listen to Straighten The Curves HERE.

Their
cutting-edge modern bluegrass is delivered with a deep knowledge of,
and admiration for, the work of the music’s founding fathers. Timely yet
timeless, The Grascals make music that is entirely relevant to the here
and now, yet immersed in traditional values of soul and musicianship.
It’s a unique sound that has earned three Grammy® nominations and two
Entertainer of the Year awards from the International Bluegrass Music
Association, as well as national media attention that seems to
perpetually elude acts entrenched in niche genres. Such appearances
include The Tonight Show with Jay Leno, Fox & Friends, The Late Late
Show with Craig Ferguson, and CBS’ The Talk. All the while, stages that
represent the strongest bastions of tradition continually welcome them,
as evidenced by the over 150 performances on the Grand Ole Opry. Honors
also include performing twice for President George W. Bush and at
President Barack Obama’s inaugural ball at the Smithsonian.

As
their records prove, The Grascals’ rare musical empathy gives them an
unerring ear for just the right touch to illuminate each offering’s
deepest spirit – whether they’re digging into one of their original
songs or reworking a bluegrass classic or a pop standard. Take for
instance, fan favorite, “Last Train to Clarksville.” Non-bluegrass
listeners enjoy a new take on a familiar song, while diehard bluegrass
audiences who may have never heard the Monkees classic, respond in-kind,
not even realizing that the song has been Grascalized.