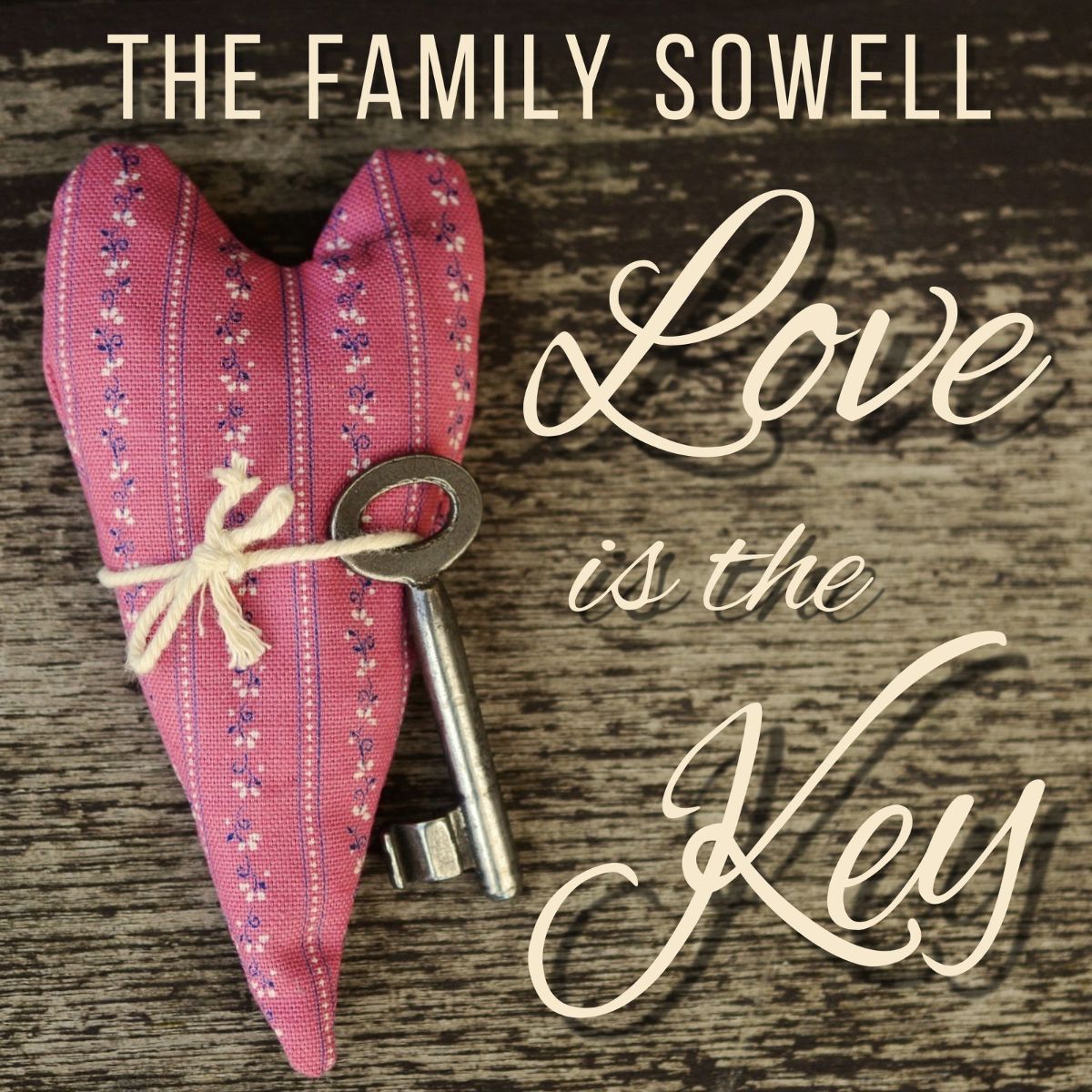 The 615 Hideaway Records is proud to partner with bluegrass emerging artist The Family Sowell on their brand new/ latest radio single “Love Is The Key”. “In
the times we are living in these days we are turning to music, family
and God, and the Family Sowell does just that with their latest Love Is The Key.  Abigail’s vocals
and the family’s musical collaboration are soft and gentle as one who
believes in God and his love is. One will try and bring you down but its
the Love of God, Family and Friends that are the Key.” ~ Michelle Lee (2019 IBMA Broadcaster Of The Year)

With everything that’s going on in the
world today, it’s no surprise to me that The Family Sowell is releasing a
new single that’s full of love, and hope.  Love Is The Key, penned by
David Stewart, and Brink Brinkman, speaks to all of us, in a time where
we need a positive message.  Listen for The Family Sowell’s new single,
Love Is The Key.  It will be shared around the world on
Worldwidebluegrass.com, and anywhere else good music is played.
Available now, wherever the best music is sold.

The pandemic of COVID-19 really hit us
hard in mid March. After debuting at the Mountain View Spring Bluegrass
Festival, one concert after another on our Louisiana tour was canceled.
In the middle of all the uncertainty, David Stewart and Mark “Brink” Brinkman, reached out to us with a brand new song, “Love is the Key”.
As soon as we heard it, we immediately jumped in with both feet to
arrange it and released a performance video on Facebook. In less than 48 hours, the song hit over 50K views! The video gained even more traction when Bluegrass Life shared it on their own Facebook page, reaching 100K views
and still climbing. Almost immediately after posting, we received
several messages from fans wondering if we had a copy of the song to buy
and if not, when would we. A week after the song was pitched to us we
were able to record in studio with our producer, Ben Isaacs. We knew we wanted this song to reach as many people as possible, so we reached out to Sammy Passamano III, to help us with radio promotion. We are excited to share the message of this song to the world!

Fear so often locks us in.  It blurs our vision and ultimately keeps us
from all we were meant to be.  This song talks about the key to release
us from fear—love.  Love alone is the answer.  We want this song to be a
ray of hope in these dark and scary times.  We want you to be free,
free from the lies, free from fear. – The Family Sowell

ABOUT THE FAMILY SOWELL: The
Family Sowell is an award-winning, bluegrass band, from the foothills
of Knoxville, Tennessee. They feature beautiful family harmony, driving
instrumentals, and heartfelt originals along with their natural gift of
showmanship. Six siblings chasing a dream together, their music melds
passion, love, and laughter to create an authentic performance. “Same
Kind of Different”, their newly released project, produced by
Grammy-nominated producer, Ben Isaacs of The Isaacs, showcases 10 of 13
tracks that are originals written by the band and/or prestigious
Nashville songwriters. The band is excited to introduce this brand new
music along with some crowd favorites at every concert. Get ready to sit
back and experience the inspirational magic of music from “The Band
That’s Family”!

“The Family Sowell is one of the most talented families you will ever
meet. It has been my pleasure to learn this family individually and
collectively and watch them grow. I love the passion that they all show
in their vocals and in their music. I look forward to seeing where this
family will go in the next few years. I love this family.” — Ben Isaacs,
Producer, Bassist, & Vocalist, The Isaacs

“It takes motivation and hard work to become as good as The Family
Sowell. Either that or there’s something in the water in East
Tennessee!” — Professor Dan, Director at ETSU Bluegrass, Old-Time, and Country Music Studies

“Some people think that traveling with your family is easy because you
have them right there, and don’t have to leave them behind. Many people
don’t understand the sacrifice and immense respect that is required to
travel with family. The Family Sowell has taken on the road with all of
it’s ups and downs, in a very strong leap of faith. It has really been
amazing to watch their growth and progression from this side of the
fence. Naturally, their instrumental talent, vocal ability, and musical
approach have an exceptional growing presence that will carry them far
in this business. The stronger presence, however, is the hand that God
has laid on them. The obvious presence that He has in their lives as
individuals and as a family will shine brighter than any flashy solo or
tight harmony. With Him at the helm, this family will only have one
direction to go – up!” — Skip Cherryholmes, guitarist and vocalist, Sideline, 2019 IBMA Song of the Year

“The Family Sowell is one of the most exciting bands that I have seen in
a long time. Great singing, musicianship, and excellent stage presence
and showmanship. More than that, they are just a great family to be
around. They make you feel good. This family is very special. They are
on their way to greatness!!“ — Phil Leadbetter, 2019 IBMA Resonator Guitar Player