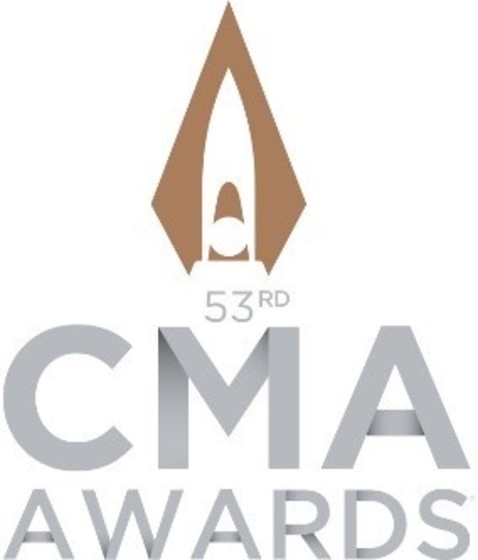 Jimmie Allen and Ashley McBryde revealed select nominees
on ABC’s “Good Morning America” today, live from their Times Square
studio in New York, followed by a performance of “If I Know Me” by Morgan Wallen. Immediately following the broadcast,
Wallen and Midland visited Billboard’s Times Square studio to reveal the remaining eight CMA Awards categories in addition to the CMA Broadcast Awards finalists on Billboard’s
Twitter and YouTube,
as well as CMA’s Twitter and YouTube.

“This year, we have the privilege of honoring Country legends, new and
emerging talent and even artists from outside our genre,” says Sarah Trahern, CMA Chief Executive Officer. “The breadth of Country Music’s landscape is evident in this year’s nominations,
and we can’t wait to celebrate our deserving nominees in November.”

Morris
tops this year’s CMA Awards nominations with six, adding to her
previous 10 nominations and one win. She scores her fourth nomination
for Female Vocalist
and third nomination in Musical Event of the Year for “All My Favorite
People” featuring Brothers Osborne, produced by Morris and busbee. This marks her second nomination in four categories – Single, Album, Song and Music Video of the Year. “GIRL” was
written by Morris and first-time nominees Sarah Aarons and
Kurstin. The single was also mixed and produced by Kurstin. The album
was produced by busbee, Morris and Kurstin. First-time nominee Dave Meyers directed the music video for “GIRL.”

The
reigning CMA Vocal Duo of the Year returns to this year’s ballot vying
for the title for the fifth consecutive year – a trophy they’ve claimed
for the last three
years. This marks the brothers’ first nomination for Single and second
nod for Music Video of the Year, both for their featured performance on
Bentley’s “Burning Man.” They won Music Video in 2017 for “It Ain’t My
Fault.” The duo earns their second nomination
for Musical Event of the Year with Morris’ “All My Favorite People.”

Adding
three nominations to his previous 24 nods and three wins, “Burning Man”
earns Bentley his third nomination in both Single and Music Video of
the Year. The
single features Brothers Osborne, was produced by Ross Copperman, Jon Randall and Arturo Buenahora, Jr. and mixed by first-time nominee F. Reid Shippen. The video was directed by Wes Edwards.

With
25 prior nominations and three wins under his belt, Church claims his
third nomination for both Entertainer and Music Video of the Year for
“Some Of It,” which
was directed by Reid Long. He also earns his fourth nomination for Album of the Year with Desperate Man produced by Jay Joyce and Buenahora, Jr.

Combs
garners three nominations on top of his previous three, nabbing his
second nomination for Male Vocalist of the Year. He is a first-time
nominee in Song of
the Year for “Beautiful Crazy,” co-written with Wyatt B. Durrette III and first-time nominee Robert Williford.
He also secures a first-time nod for Musical Event of the Year with
“Brand New Man” alongside Country Music Hall of Fame inductees
and the most awarded artists in CMA history – Brooks & Dunn.

Hendricks
adds to his 16 prior nominations with three additional nods, claiming
an Album of the Year nomination for his production work on Dan
+ Shay alongside Smyers. This marks his ninth nomination
for Album, a category he’s won twice previously. He also secures two
Single of the Year nominations for Shelton’s “God’s Country” produced by
Hendricks and mixed by Justin Niebank, and Dan
+ Shay’s “Speechless,” produced by Smyers and Hendricks and mixed by Juliano.

Huff
is a 35-time CMA Awards nominee and five-time winner adding three
nominations to his roster. His two nominations for Musical Event of the
Year mark his first-ever
nods in the category for his production work on “Brand New Man”
performed by Brooks & Dunn (with Combs) and “What Happens In A Small
Town” performed by Brantley Gilbert and first-time nominee Lindsay Ell. 2019 is the first year producers are
being honored in the Musical Event category. He nabs his 11th nomination for Album of the Year with Thomas Rhett’s Center Point Road, alongside co-producers Jesse Frasure, Thomas Rhett, Julian Bunetta, The Stereotypes and Cleve
Wilson—with the last two being first-time nominees.

Kurstin
is a first-time CMA Awards nominee garnering nods in Single, Song and
Album of the Year. He’s nominated as a songwriter, producer and mix
engineer for Morris’
song “GIRL” on the album GIRL. He co-wrote the song with Morris and Aarons.

With
15 previous nominations and three wins to her credit, Musgraves claims
her sixth nomination for Female Vocalist of the Year. She earns a fourth
nomination in
Song of the Year for “Rainbow” with co-writers Natalie Hemby and Shane McAnally. She
last won the category in 2014 with “Follow Your Arrow.” “Rainbow” also
nabs Musgraves’ third nomination for Music Video of the Year, directed
by first-time nominee Hannah
Lux Davis.

Shelton
adds three nominations to his prior 25, claiming his fifth nomination
for Single and fourth for Music Video with “God’s Country,” produced by
Hendricks and
mixed by Niebank. The music video was directed by first-time nominee Sophie Muller. This marks Shelton’s fourth nomination in Musical Event of the Year for “Dive Bar” with Garth Brooks. Shelton is a nine-time CMA Awards winner.

CHRIS STAPLETON – THREE NOMINATIONSEntertainer of the Year, Single of the Year (“Millionaire”), Male Vocalist of the Year

With
16 prior nominations and 10 wins, Stapleton earns his fifth nod for
Male Vocalist of the Year, a category he’s won consecutively since 2015.
He scores his third
nomination for Single of the Year with “Millionaire” produced by Dave Cobb and Stapleton, mixed by Vance Powell. This marks Stapleton’s fourth nomination for Entertainer of the Year.

CARRIE UNDERWOOD – THREE NOMINATIONSEntertainer of the Year, Album of the Year (Cry Pretty), Female Vocalist of the Year

30-time
CMA Awards nominee and seven-time winner Underwood claims her second
nomination for Entertainer of the Year, first securing the nod in 2016.
She nabs a 14th consecutive
nomination for Female Vocalist, a title she’s won five times, including
in 2018. This marks her fifth nomination for Album of the Year with Cry Pretty, produced by Underwood and first-time nominees David Garcia and Jim Jonsin.

Media and publicist credential applications for “The 53rd Annual CMA Awards” are located at CMAPress.com.

Winners
of “The 53rd Annual CMA Awards” will be determined in a final round of
voting by eligible voting CMA members. The third and final ballot will
be emailed
to CMA members Tuesday, Oct. 1. Voting for the CMA Awards final ballot ends Thursday, Oct. 24 (6:00 PM/CT). All balloting is tabulated by the professional services organization, Deloitte.

“The 53rd Annual CMA Awards” is a production of the Country Music Association. Robert Deaton is the Executive Producer, Alex Rudzinski is the Director, and David Wild is the Head Writer.

**SUGGESTED TWEET**: #CMAawards NOMINEES JUST ANNOUNCED! @MarenMorris tops the list of finalists with six nominations. See the full list of nominees on CMAawards.com now.
Winners will be revealed live on Wed, Nov. 13 at 8|7c on @ABCNetwork.

ENTERTAINER OF THE YEAR

SINGLE OF THE YEARAward goes to Artist(s), Producer(s), and Mix Engineer

ALBUM OF THE YEARAward goes to Artist and Producers

SONG OF THE YEARAward goes to Songwriters

FEMALE VOCALIST OF THE YEAR

MALE VOCALIST OF THE YEAR

VOCAL GROUP OF THE YEAR

VOCAL DUO OF THE YEAR

MUSICAL EVENT OF THE YEARAward goes to Artists and Producer(s)

MUSICIAN OF THE YEAR

MUSIC VIDEO OF THE YEAR

Award goes to Artist(s) and Director

NEW ARTIST OF THE YEAR

“THE 53RD ANNUAL CMA AWARDS” – FINALISTS FOR RADIO STATION OF THE YEAR (by market size):

About the CMA Awards The
first “CMA Awards Banquet and Show” was held in 1967. The following
year, the CMA Awards was broadcast for the first time – making it the
longest running, annual music
awards program on network television. The CMA Awards have aired on ABC
since 2006. ABC is the network home of the CMA Awards and CMA’s other
two television properties, “CMA Fest” and “CMA Country Christmas.”