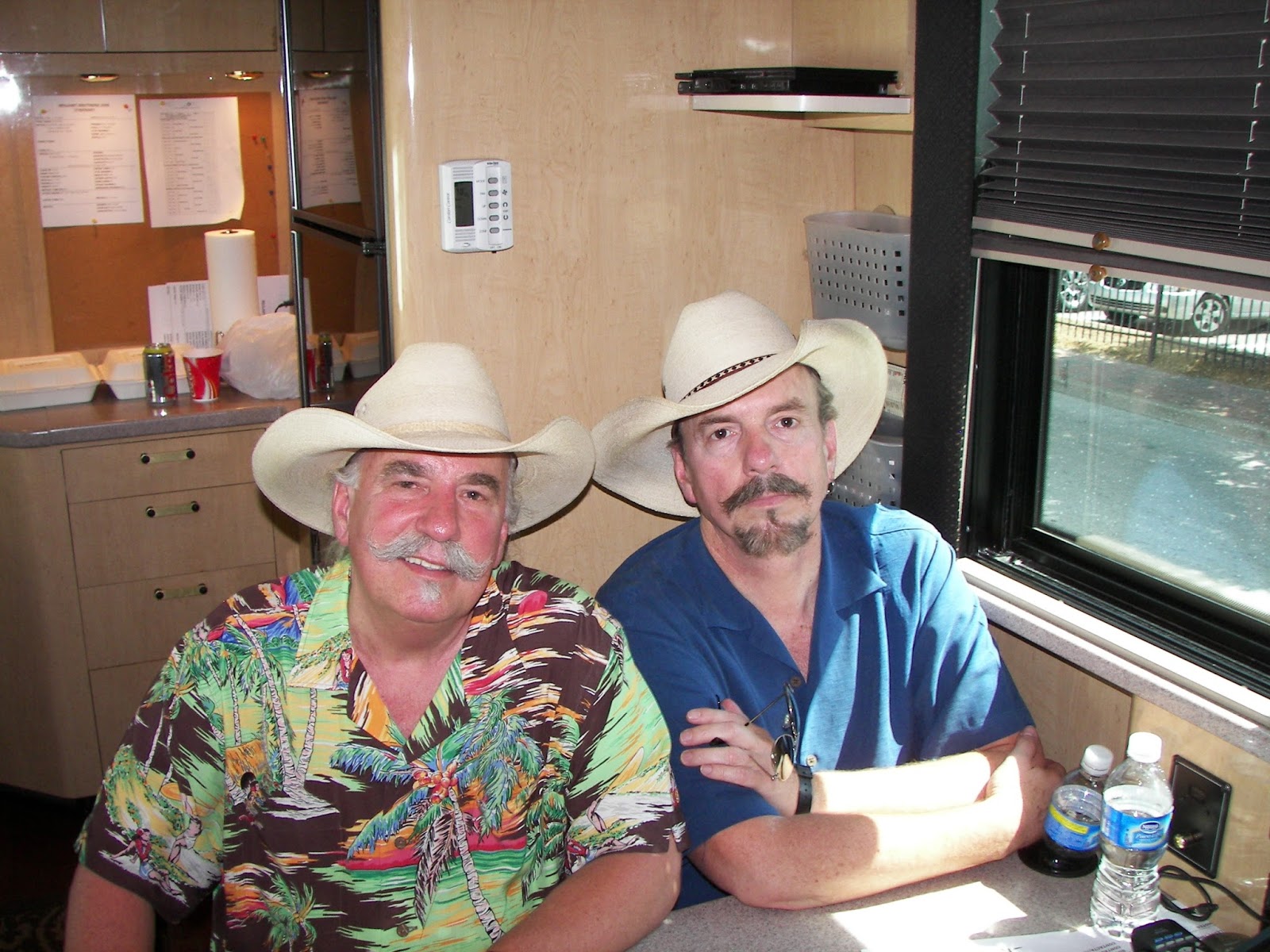 The Bellamy Brothers: still ‘circling the globe’ after 40+ years

Howard
and David, The Bellamy Brothers, have one of the longest careers in country and
pop music history.  Since writing the
1974 hit song ‘Spiders and Snakes’ for Jim Stafford and recording their first
Number One single, ‘Let Your Love Flow,’ in 1976, the brothers have never
stopped recording, performing and touring.

Now
their new autobiography, titled ‘Let Your Love Flow: Life and Times of the
Bellamy Brothers,’ will be published in April, and  ‘Honky Tonk Ranch, a TV show about their
hectic lives, is set to air in the USA on the Cowboy Channel.

I
caught up with Howard and David while they were on a brief break between
international tour dates, and we sat down in Nashville to talk about their new
projects. 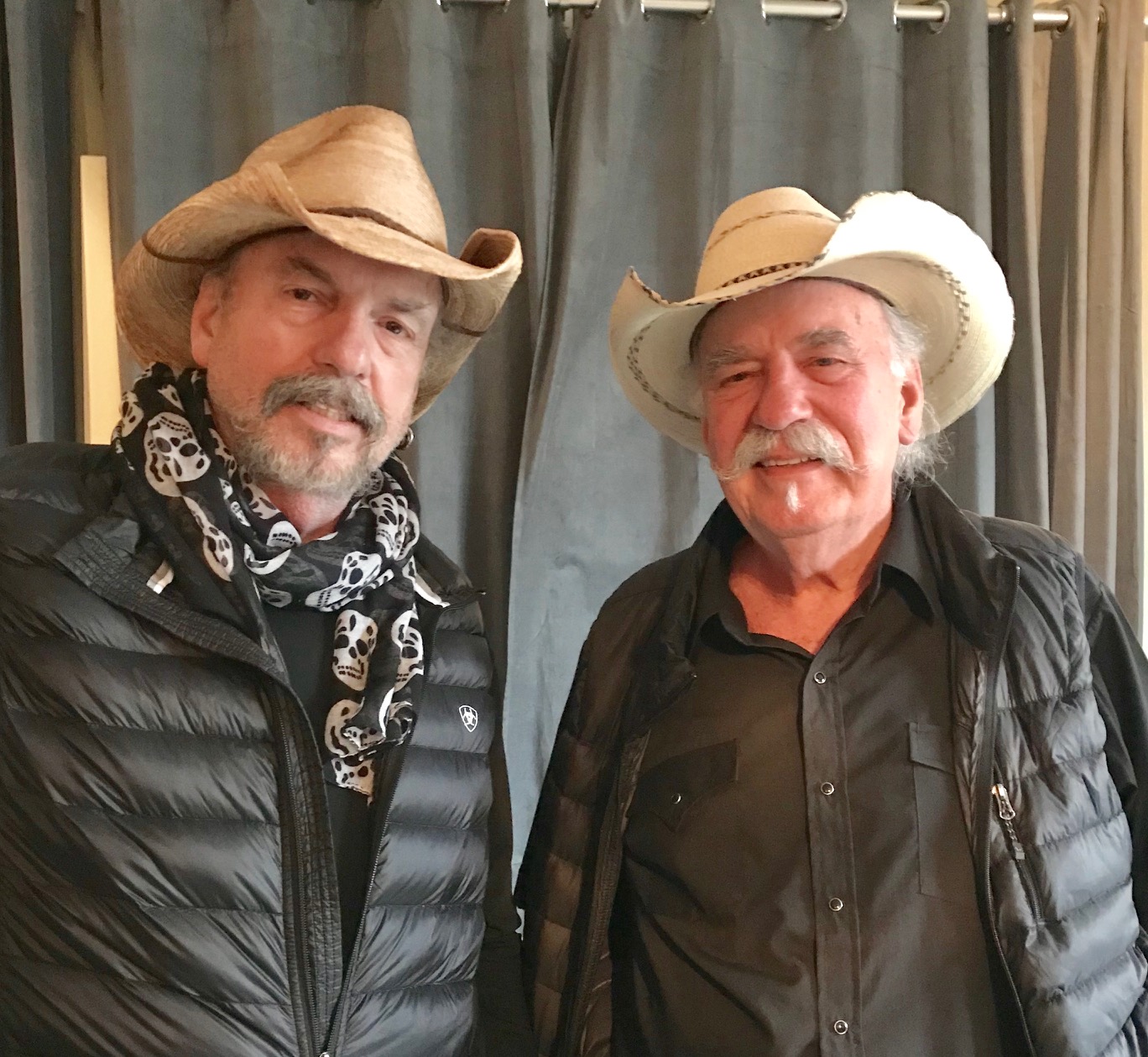 Preshias
Harris:More country acts are now touring overseas, but you have been booking dates in
Europe and Asia for many years.  What do
you think it is about your music that makes you so popular with overseas
audiences?

Howard
Bellamy:You
know that’s a question we always ask ourselves. You wonder what anybody hears
in your particular songs and your music.
It makes you curious. What do they like about it? You’re glad they
do.  But I think it may be that they do
recognize us when they hear us. ‘Well, that’s the Bellamy Brothers.’ They
recognize us. They know who it is. And I think the sibling blend has a lot to
do with it. And  hopefully the song
choice that we’ve made, that we’ve recorded some decent songs through the
years.  You don’t really know what they
like, but I think that has a lot to do with it.

PH:Do you have any special
memories about performing for German audiences?

David
Bellamy: We
played in Germany so many times.

HB:I married one [a German
woman]!

DB:We’ve played everything from
beer halls to giant concert festivals. We’ve done literally everything in
Germany over the years and continue to do a lot there. We were there again last
year.

PH:You’ve had 21 albums released
in Germany. Is that correct?

DB:We cut four albums
exclusively for Germany, in Germany.  We
did them in Munich, working with a producer named Ralph Siegel, a really famous
producer there with lots of hits on many different acts, and we cut four albums
with him, just for the German-speaking audience.

PH:Looking at your tour
schedule, it seems you have been touring non-stop for decades.  How do you manage keep up that kind of
schedule that many artists just can’t handle?

HB:I saw an interview on TV recently
with a younger act, a rock act, I don’t remember who it was, and the
interviewer said, ‘How are you feeling toward the end of your tour?’ and the
kid said, ‘Oh, I’m dead. I’ve been on the road for a year and a half
solid.’  And I just, without thinking, I
busted out laughing! A year and a half he’s been on the road?! It’s just a
joke. I mean, we haven’t stopped since ’76.

DB:It’s normal to us. We’ve
tried to figure it out a couple of times and it’s never a perfect science, but
every year and a half, we pretty much circle the globe.

HB:Yes, and we’ve got a good
touring group that’s out with us when we’re in a foreign country. And it is
kinda like family. We’ve been touring with [International tour manager] Judy
Seale since… I don’t remember, it’s been so long. And the crew we go around with,
it’s always nice to have that feeling that you’re not out there in Singapore,
stranded by yourself.

PH:Your new TV show, ‘Honky Tonk
Ranch,’ debuts in April on the Cowboy Channel. What can you tell us about the
new show?

DB:I think it’ll be fun for the
viewers. Fun and entertaining.  That’s
what it’s about for us. It’s not meant to be dramatic. There’s some drama
involved, but it’s not the type of reality show where the family fights and all
those things. It’s really a fun show. I think people will see more of the
lifestyle that we live and I think they’ll be surprised at that because we live
really ‘down home’ lives.  We’re
basically Florida rednecks.

DB:I think they’ll be surprised
at how ‘country’ we really are, but they’ll have a lot of fun.

PH:Your new book, “Let Your Love
Flow,” also comes out in April. What can readers expect to read in that book?

HB:When we grew up, we thought
our family was a normal family and we thought we were kinda normal until we got
out in the world!  [laughs]  We realized we were different to most
people.  The way we were raised was
different. We grew up on a cattle ranch and an orange grove and we had an
outhouse [toilet] until I was sixteen. We were country.

DB:I always tell everybody,
where our swimming pool is now, that’s where the outhouse was!

PH:I understand! My grandmother
had an outhouse until I was fourteen. I’m originally from Muhlenberg County,
Kentucky. My cousins are the Everly Brothers. I love sibling harmonies. That’s
probably why I love you guys ever since the moment I heard you.

HB:Oh, the Everly Brothers! They
are like our idols.

DB:We toured a lot with Don
[Everly] in Europe especially. We didn’t know Phil as well, but we toured with
Don. The Everlys are the best.

PH:Howard, is it really true you
worked for the FBI – for one day when you left high school?

HB:Well, what happened on that
deal, I get that question a lot, and I was just out of high school, I’d just
graduated, and our high school principal had recommended me, as the FBI used to
come out and recruit likely candidates for agents. I was offered a scholarship
by the FBI, but I didn’t know about it because the principal didn’t tell
me.  I was home by myself one day and two
guys came knocking at the door and they showed their badges and said ‘We’d like
to talk to you, we’ve talked to your principal,’ and they wanted to know if I’d
be interested.  So we sat down and
talked. Then my mother came in and she was as surprised as I was. So,
basically, I agreed to do it. I was actually fingerprinted! They took me and
fingerprinted me at the City Hall and I was planning on going to be an FBI
agent. Well the [FBI] school was going to start in a few months, and I was
offered a job buying cattle for this old guy in Florida, and we were raised
with cattle. He offered me a brand new car every year and an expense account,
and for someone who was, like, nineteen years old, it was like, ‘holy crap!’
And it was something I knew a lot about. I had two things laid out and I had to
make a decision, so I decided to go buy cattle! So I’ve always claimed I was an
FBI agent for a day!

PH:I understand cattle. I was in
the FFA [Future Farmers of America] in high school. But I only had to take care
of four cattle!

HB:We were in
the FFA. Actually I was in the FFA Quartet, one of the first groups I ever sang
in.

DB:‘Have.’ Most people say ‘Had’
when they say the title.  But it’s really
‘Have.’ If it was ‘Had,’ it would be past tense, which means you don’t have one
now!

HB:The Brits are usually right
about their language! The British are some of the greatest music collectors,
and I love them, because we can go to play in England or around the UK,
anywhere, and they will know everything. They’ll know the history of the steel
player in your band and they just really get into it.