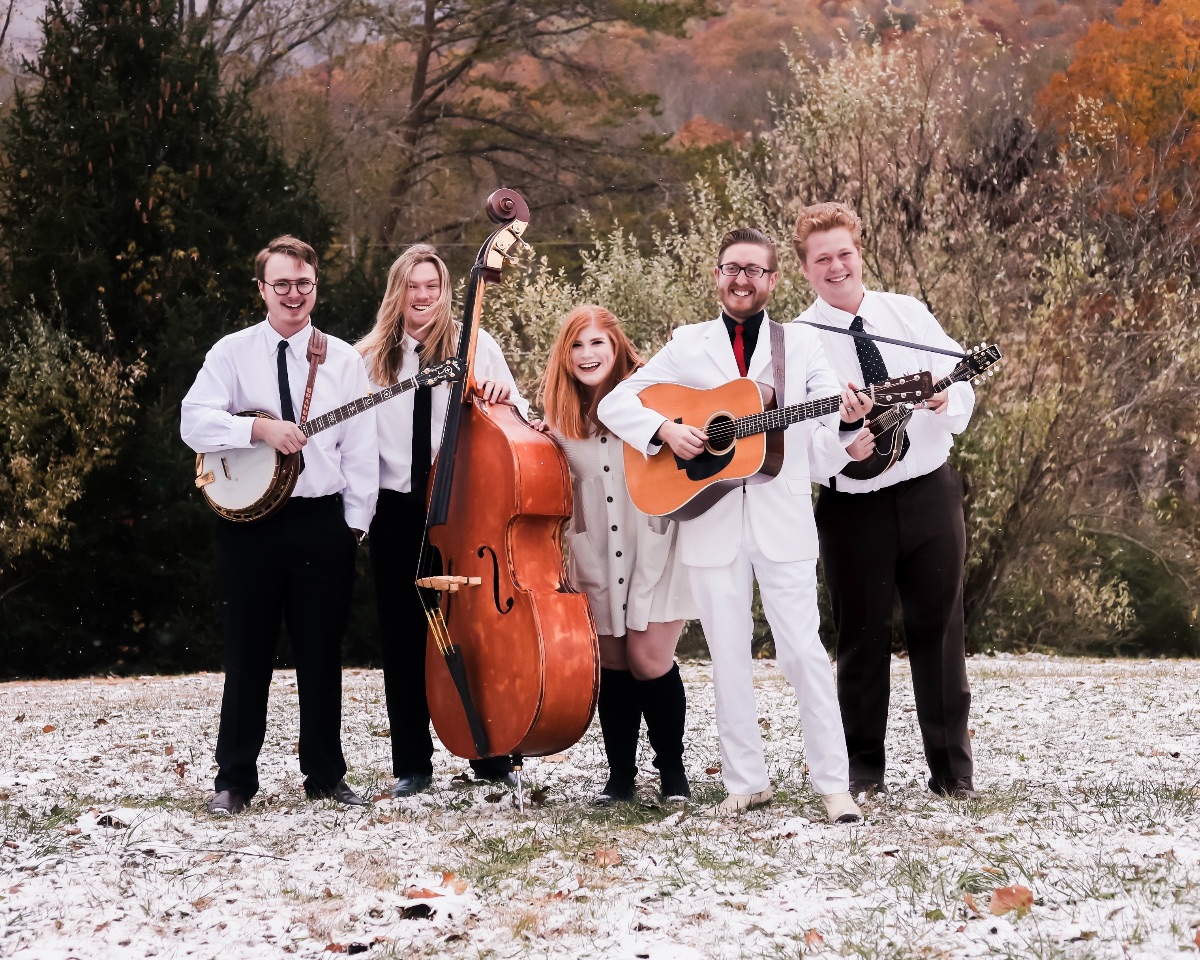 When you hear the Alex Leach Band, you’re hearing the sound of a new generation. A product of the rich musical heritage of Leach’s native East Tennessee, his fresh take on deep Appalachian bluegrass
brings the elemental drive and emotional weight of the first generation
into the modern world. The authentic blend makes him and his band
natural partners for Mountain Home Music Company, as they announce the signing of an exclusive artist contract.

The band will begin recording at Crossroads Studios in earnest in March with award-winning Americana artist Jim Lauderdale as producer.
“I can’t express in words how thrilled we are to be joining the Mountain Home team. It is truly an honor and we look forward to getting into the studio soon to create some special music,” says Leach. “I am also very excited to say that one of my musical heroes, Mr. Jim Lauderdale, is coming on board as producer. I’d like to thank Jim, my family, and everyone who has believed in us from day one. Look for our new music coming soon on Mountain Home!”

Ty Gilpin from Mountain Home adds, “We are excited to welcome Alex and his group to the label. Alex
is one of those ‘real deal’ artists. His steeped-in-tradition sound
reminds us of why we all love first-generation bluegrass, but the
originality he brings to the music makes it relatable to the current
scene. Thank goodness there are young artists both preserving and giving
new life to this music.”

Follow Alex Leach on streaming platforms to get notified when new music is released.

About The Alex Leach Band

Hailing from the mountains of East Tennessee, Alex Leach is no stranger
to the world of music. Just 30 years old, he has already been in the
business for over 2 decades, earning two “DJ of the Year” awards from
the Society for the Preservation of Bluegrass Music of America by the
time he was 15, and appearing on CMT’s “Big Ticket,” the BBC, and Peter
Jennings’ “ABC World News Tonight.”

Yet
even as he was building his reputation as one of the premiere radio
voices in bluegrass, Alex was honing his skills as a guitarist and banjo
player. He began his professional career as a musician at the age of
19, and was recruited a few years later by Ralph Stanley II, the son of
iconic bluegrass pioneer, Ralph Stanley, with whom he had the
opportunity to play banjo on the Grand Ole Opry in 2014.  In the years
that followed, he toured widely with “Two,” earning critical accolades
for his playing, his compelling lead and harmony vocals, and for his
additions to the bluegrass canon with songs like “Mountain Heartache.”

In
late 2019, Leach took another giant step in his career when he launched
the Alex Leach Band. ​With influences ranging from The Stanley Brothers
to The Beach Boys, and Curtis Mayfield to Porter Wagoner, Alex Leach’s
music is both traditional and original, nostalgic and forward-looking
— the sound of a new generation of bluegrass artists