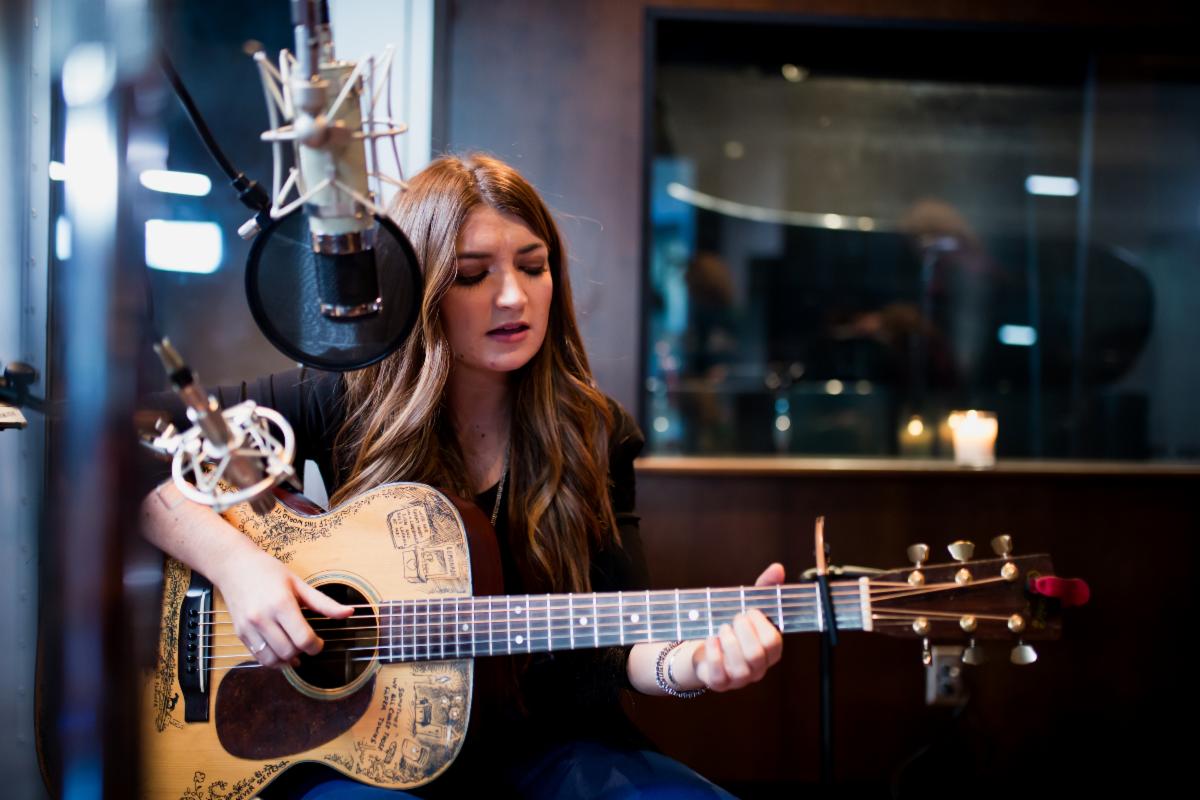 Award-winning, breakout artistTenille Townesis kicking-offNational FFAWeek with a new campaign that celebrates 50 Years of Women in FFA. Joining forces with theRam Truck Brand(a committed sponsor of the National FFA) to honor the anniversary,
Townes wrote the original track called “In My Blood,” available now.The video,
which was released today, features lyrics that speak to the core values
of the special milestone: women, hard work, courage and integrity.

WATCH “IN MY BLOOD” VIDEO HERE:https://smarturl.it/TTInMyBlood

Townes
shares, “It is an honour to have written this song with the heart of
women in agriculture in mind. These are the women who inspire and shape
all of us and it makes me think of the strong women in my life I grew up
looking up to. The ones who made me believe anything is possible. Their
legacy is something we get to keep building upon and that’s what I was
dreaming about writing this song.”

Produced
and recorded in Nashville by an all-female team, Townes will release
the official music video on Feb. 24 to help kick off National FFA Week.
Spotlighting the daily moments of females in agriculture, the video also
features Townes recording the song in the studio. The revealing imagery
shows female farmers of all ages evoking the spirit of the meaning
behind the lyrics. With history between Ram and FFA beginning in 1953,
Ram recognizes women in agriculture and has committed to help FFA
amplify this important message.

“It
was also such a cool experience recording this song with an all-female
team in the studio,” Townes explains. This project has truly reminded me
how many incredible women I’m surrounded by and I’m so grateful to be a
part of celebrating that in the 50th Anniversary of Women in FFA with
this song! I had the pleasure of hanging with amazing young FFA members
in Indianapolis this past year and was blown away by their character and
kindness. Makes me feel like the next 50 years are in very good hands.”

“The
studio session to record ‘In My Blood’ was such an unexpected blast of a
day. The experience was made even more significant by how the subject
matter shaped our experience of bringing Tenille’s song to life,” Jordan
Hamlin, the song producer explains.

“Being
raised by a long line of amazing women on land that had been in my
family for generations, I immediately felt an inspired kinship and deep
honor in helping spread these stories for women all across the country
who ‘feel at home under the sky.’ Seeing the women’s faces in the photos
among the fields and farms made me appreciate growing up around the
same type of amazing women all over again,” Hamlin continued before
adding, “The environment in the studio that day had some of those same
ingredients; a group of women coming together to get the job done right,
as Tenille says, with a little ‘grit and grace’.”

In
the past 50 years, women have become an integral part of FFA, helping
shape the future of agricultural education and the industry as a whole.
With the help of photos and video from platforms such as FarmHer, the
perception of the farmer is evolving by bringing stories of women to the
forefront of agriculture.

Townes,
who has been busy paving her own path to success as a female country
art-ist, recently earned four Canadian Country Music Awards including
Female Artist of the Year, along with being named one of CMT’s “Next
Women of Country” and a member of the inaugural class of “Opry
NextStage.” Her new EP,Road To The Lemonade Standwas released February 7 via Sony Music Nashville, with her debut album to follow this Spring.

Canadian-born and Nashville-based, Tenille Townes is poised for a big breakthrough this year. Her new Jay Joyce-produced EP,Road to the Lemonade Stand,
was released earlier this month, which features five songs written by
Townes including her current single, “Jersey On The Wall (I’m Just
Asking),” as well as a rendition of Keith Urban’s “Stupid Boy.” “Jersey”
reached #1 on the BDS Canada and Mediabase Canada country radio charts
last month, making it Townes’ second chart-topping single following her
Canadian Platinum-certified “Somebody’s Daughter.” This feat makes
Townes the only female in Mediabase Canada history to achieve two #1
singles. Released to critical acclaim,Rolling Stonecalls “Jersey,” “a stirring, full-bodied anthem about loss and faith,” whileTaste of Countryproclaims, “Townes continues to release music grounded in empathy…She
aims for a higher brand of acclaim and satisfaction.” In celebration of
the release, Townes will kick off her “Road to the Lemonade Stand
Acoustic Tour” in April and will join Alan Jackson and Sugarland on
several dates this spring/summer. Additionally, Townes is nominated for
Breakthrough Artist of the Year and Songwriter of the Year at the 2020
Juno Awards and recently won four awards at the 2019 Canadian Country
Music Awards including Female Artist of the Year and Single of the Year
(“Somebody’s Daughter”). She is also a MusicRow 2020 Next Big Thing
Artist, an iHeartCountry’s “On The Verge” artist and has been included
in Amazon Music’s “2019 Artists To Watch,” CMT’s “Next Women of
Country,” iHeart Radio’s “Artists To Watch in 2019,” “The Bobby Bones
Show’s” “Class of 2019,” CMT’s “Listen Up” and the inaugural class of
“Opry NextStage.”

In
2009, the Ram Truck brand launched as a stand-alone division, focused
on meeting the demands of truck buyers and delivering bench-mark-quality
vehicles. With a full lineup of trucks, the Ram 1500, 2500/3500 Heavy
Duty, 3500/4500/5500 Chassis Cab, ProMaster and ProMaster City, the Ram
brand builds trucks that get the hard work done and families where they
need to go.

Ram continues to outperform the competition and sets the benchmarks for:

• Over the last 30 years, Ram has the highest percentage of pickups still on the road

The
National FFA Organization is a national youth organization of more than
700,000 student members as part of 8,600 local FFA chapters in all 50
states, Puerto Rico and the U.S. Virgin Islands. The FFA mission is to
make a positive difference in the lives of students by developing their
potential for premier leadership, personal growth and career success
through agricultural education. For more, visit the National FFA
Organization online at FFA.org and on Facebook, Twitter.

Women
have always been an important but mostly unseen aspect of
agriculture. In recent years, women are rising to the forefront of
agriculture in so many ways; as owner/operators, landowners, workers,
mentors and much more. FarmHer was founded by photographer Marji
Guyler-Alaniz in 2013 to begin to change the image of agriculture – to
include women in that image through photographs and stories. It quickly
became clear that women in agriculture not only appreciated FarmHer, but
they needed it and today, FarmHer has become a movement amongst women.
FarmHer media is changing the way people perceive a farmer, reaching
millions of households each week through a national cable television
show, a SiriusXM radio show, podcast, digital and print media,
merchandise and more. For more information visit farmher.com