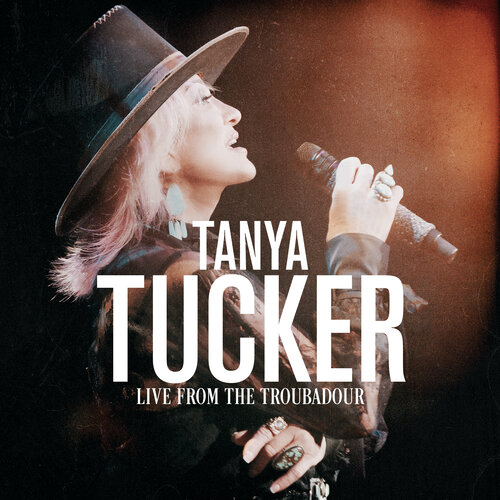 Tanya Tucker moved around with her family as her father searched for better jobs. His father was a heavy equipment operator, and she spent most of her days in Wilcox, Arizona, which had just one radio station. The KHL radio station only played country music, and Tanya grew up listening to the songs.

Whenever they could, the family attended musical concerts of country stars. Her sister was often praised in her house for her singing abilities, and so, one day, when she was eight, she told her father about her aspiration. She wanted to become a country singer when she grew up, and when the family moved to St.George, Utah, her mother took her to one of the auditions.

Even though she was not hired for the lead role, she and her horse won the bit player role in the film Jeremiah Johnson. The subsequent big success that came her way was when she sang a song for the Arizona State Fair’s entertainment managers and got a chance to be on stage with Judy Lynn.

Tucker chose Delta Dawn when Sherrill planned to record a song with her. The song climber to number six in the country charts. Initially, Columbia Records did not credit her for her work, dismissing her to be too young a talent. But then, no one could hold her down much longer as she soon became a sensation.

Her second song Love’s the Answer, climbed the top 10 hit list in the year 1972. What’s your Mama’s Name climbed to number one and was her first hit to get to the number one position. When she signed MCA Records, she received a string of hits that came her way between 1075 and 1978.

But then her career began to decline as she gave lesser hit numbers in a year. Once she broke up with Glen Campbell, she returned to Nashville and remained aloof from the world. Almost after six years of confined life, her family took her for treatments which she initially declined.

But then the treatments made her better, and slowly she got back on track. She again signed Capitol Records, and Tanya raised high on the popularity charts. Her albums were accredited with gold certifications from RIAA after registering a record sale of 500,000 copies. In 1988, she was nominated for the best female vocalist of the year. In 1991, her contribution to music was counted, and she was voted as the female vocalist of the year.

In the year 2002, she did something very striking- she founded Tuckertime Records. In the same year, she released her self-named album, Tanya. It ranked number 20 on the billboards. During these years, she participated in a lot of musical aspirations. In 2017, Rolling Stone established her as one of the greatest country artists of all time.

When Glen Campbell died in 2009, she sang a song for him called “Forever Loving You.” She deemed that a part of the fund raised from the song was to go to the Alzheimer’s Foundation of America when it drew criticism and was called of being exploitative. On 26th January 2020, Tanya won the first two of her Grammy Awards.

At the age of 62, Tanya still manages to be singing, living and thriving in her way. She seems to have found that point where how you perform is what just matters. She has been performing still in the best possible ways, and we are pretty sure she would continue singing her way through the crowd even in the years to come.