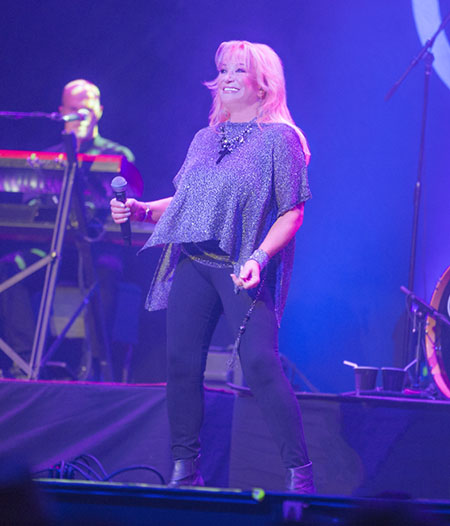 NASHVILLE, Tenn. (October 12, 2016)
– Tanya Tucker is recovering in a Nashville hospital after suffering an
upper respiratory infection while on her North American tour. Tucker
became ill before a date in South Dakota and was treated by local
doctors before heading back to Nashville. As a result, six shows will be
postponed (tour dates below).

“I cannot apologize enough to all the fans who bought tickets and
were looking forward to seeing us on the road. I just feel terrible, but
I’ll get even worse if I don’t take care of myself. I love you all,”
Tucker said.

ABOUT TANYA TUCKER:
In 1974, Rolling Stone ran a cover story on Tanya Tucker with the
headline that said “You’re Gonna Hear From Me.” Truer words have never
been spoken. The country music icon’s sultry voice and vivacious stage
presence makes her one of the most admired and respected female
vocalists in the country music genre. Tanya’s reign includes 23 Top 40
albums and a string of 56 Top 40 singles, 10 of which reached the No. 1
spot on the Billboard charts. Along the way, she has provided some of
the biggest country music hits of each decade, including, “Delta Dawn,”
“Soon,” “Two Sparrows in a Hurricane,” “It’s a Little Too Late,”
“Trouble” and “Texas (When I Die),” just to name a few. Tucker is also
the recipient of numerous awards, including two CMAs, two ACMs and three
CMT awards. In August 2016, the Academy of Country Music will honor
Tucker with the Cliffie Stone Pioneer Award during the 10th Annual ACM
Honors™. Currently, Tucker is preparing for the launch of a new album
while crisscrossing the country with her instantly recognizable vocal
flare and legendary repertoire. For more information, visit TanyaTucker.com.