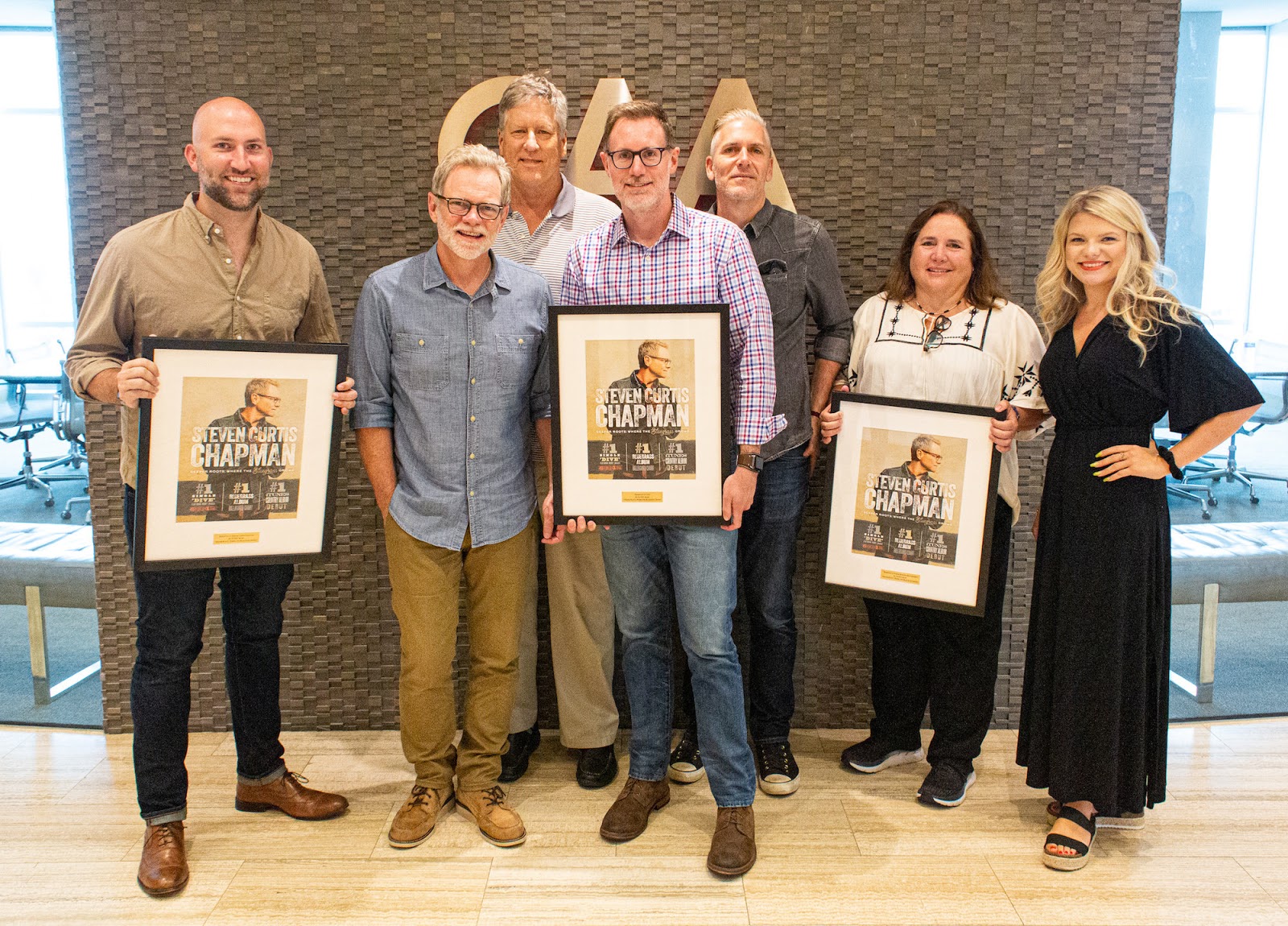 Five-time GRAMMY®-winner, Steven Curtis Chapman, celebrates his chart-topping album, Deeper Roots: Where the Bluegrass Grows, at his No. 1 party in Nashville.

The project earned the multi-platinum selling singer-songwriter his
first No. 1 on the iTunes Country Albums chart, second No. 1 Billboard
Bluegrass Album and 49th No. 1 single with “Dive” featuring Bluegrass
Music Hall of Fame member Ricky Skaggs.

Deeper Roots, released via Chapman’s SCSEE Music Label, serves as the sequel to Chapman’s 2013 Billboard No. 1 Bluegrass Album Deep Roots, released
exclusively with Cracker Barrel. Along with Skaggs, Chapman was also
joined by Gary LeVox of Rascal Flatts for a collaboration on “‘Til The
Blue,” written by Chapman, Lori McKenna and Barry Dean.

The homage to Chapman’s rural Kentucky roots, which showcases Chapman’s
“effortless ease with which he segues into the bluegrass genre, picking
and grinning with the best of them” (Andrew Greenhalgh/CCM Magazine),
includes a mixture of familiar hymns like “Life Is Like A Mountain
Railroad” and “I’ll Fly Away,” fan-favorite hits including “Cinderella”
and brand-new songs such as “‘Til The Blue” and “Where The Bluegrass
Grows.” Deeper Roots was produced by Chapman and Brent
Milligan, engineered by Milligan and Brent King, mixed by Milligan, King
and Sean Moffitt and mastered by Brad Blackwood at Euphonic Masters.