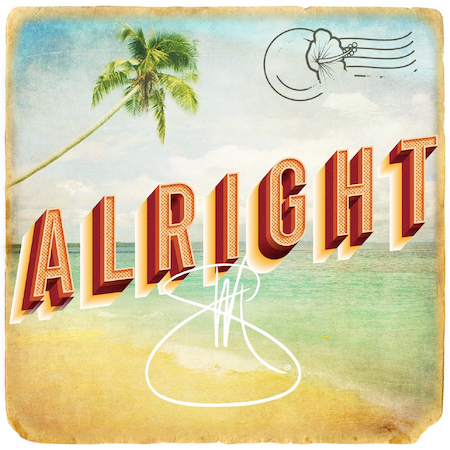 Stephen Martines lightens the mood with the release of his upbeat music video for “Alright.”
Emmy-award-winning producer/director Anthony Hemingway (Red Tails,
American Crime Story, Unsolved: The Murders of Tupac and The Notorious
B.I.G) patterns the video
after the film “Ferris Bueller’s Day Off” as Stephen begins the video
by pretending to be sick while on the phone with his agent. He then
proceeds to head out into L.A., down to the beach to enjoy a fun filled
day singing that “today is going to be alright.” “Alright” is receiving
worldwide radio airplay and it’s his longest-lasting radio single to
date.

“We had a great time making this video! My dear friend Anthony Hemingway captured the song’s upbeat vibe and laid-back groove of this song in a vignette format – backed by energetic,‘hip-hop country’ choreography by Draico Johnson. We had excellent dancers and crew, and it was a blast watching it come to life,” said Stephen Martines.

“Alright” was written by Jennifer Denmark, Sam Brooker and Katie Cole (of Smashing Pumpkins) and was previously debuted by Think Country Music.
Featured in the video is  impressive dancing choreographed by Dondraico
(“Draico”) Johnson, who has done work for Michael Jackson, Jennifer
Lopez and Miley Cyrus, to name a few. The video was produced by
OBRA-Visual (past work for Lil Nas X, Cardi B, Nike, Puma, Fila) and
stars international model/World Poker Federation spokesmodel Tugba Ercan
alongside Martines, with additional guest voices by comedian George
Wallace and actor Page Kennedy. For more information about Stephen, go
to his website stephenmartinesmusic.com.

Stephen Martines
is a gifted singer/songwriter/actor who grew up in St. Louis, Missouri,
where he excelled as a soccer player, even being drafted into MLS for
the Kansas City Wizards. After serving in the United States Air Force
for two years and a successful stint as a nationally-recognized model,
he moved to Los Angeles in 1998 and began a career in television as a
regular on shows like General Hospital and The Guiding Light –
eventually branching out into prime-time television with roles on The
Closer, Vampire Diaries and Burn Notice, among others. Along the way,
his passion for songwriting called him to Nashville where he became a
songwriter in the Warner-Chappell stable. This contact gave him the
opportunity to write and hone his craft with mega-talents like Jon Nite,
Ross Copperman, Jay Brunswick, Nicole Gallyon, Josh Hoge, Josh Dunne
and Brandon Ray, just to name a few. Now a recording artist, Stephen
released his first single in 2017. Stephen has been actively performing
and recording songs for his debut album, turning in rock-solid
performances at the 2017, 2018 and 2019 CMA Music Festivals in
Nashville. Following his second single, “Just Like a Kiss” (co-penned by
country superstar Brett Young) and his summer, 2018 release, “Sounds
Like Whiskey” (which this past December/January held the #1 spot on The
Iceman’s New Country Artist Chart for seven weeks running), Stephen and
his band tore it up at the Country Smooth Fest in New Orleans alongside
country music luminaries Hunter Hayes, Tyler Farr and Granger Smith.
Fans can expect new music from Stephen throughout 2020. For more
information visit stephenmartinesmusic.com.