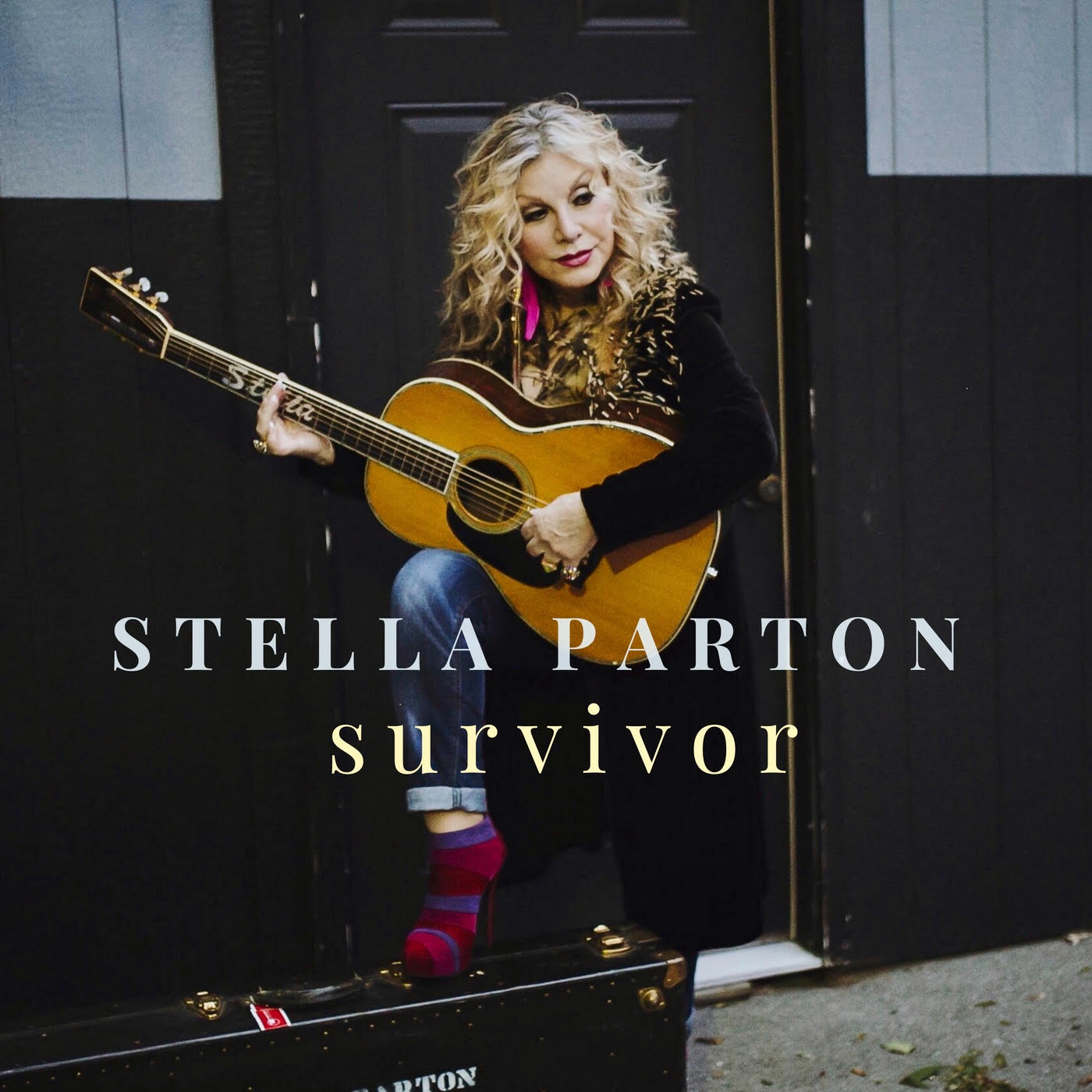 Stella Parton is celebrating five decades in the entertainment industry
as an international award-winning singer, songwriter, actress, author
and producer with the upcoming release of her 40th studio album, Survivor, available March 29.

Parton independently produced the ten-song project, which she recorded
at Nashville Sound Project House with engineer Mike Loudermilk. Survivor
features eight of Parton’s original songs including “I Ain’t Leavin’
‘Til I’m Even,” a collaboration with Nashville Songwriters Hall of Fame
member Wayne Carson (“Always On My Mind”). Each of the tracks addresses a
different issue from the #MeToo movement and drug abuse to Alzheimer’s
disease and divorce. For the remaining two songs, Parton put her own
spin on Bob Seger’s classic “Like A Rock” and Avicii’s mega-hit “Wake Me
Up.”

“A singer should be able to touch the listener with ‘three chords and
the truth’ as Harlan Howard used to say. That was my approach to writing
and recording this project, and I hope that these songs inspire anyone
that hears them to press on through whatever challenges or opposition
they find themselves up against – because we are all
Survivors!” expressed Parton.

Survivor pays tribute to the self-sufficient spirit Parton
established as the sixth of twelve children born to her impoverished
Smoky Mountain Family. Since the moment Parton first stepped foot in
Music City at 14-years-old with her older sister, Dolly, she has paved
her own pathway in the industry becoming a pioneer for independent
artists. Ten years later at a time when Music Row was controlled by
major labels, the then 24-year-old single mother wrote, produced,
recorded and secured the promotion and distribution of her very first
album, I Want To Hold You (In My Dreams Tonight), which landed in the Billboard Top Ten.

The debut of I Want To Hold You (In My Dreams Tonight)
propelled Parton on her path to stardom earning her a record deal with
Elektra, a string of Billboard hits and a strong international
following. That international following continues to this day with
Parton’s recent appearance as a contestant on BBC’s “Celebrity
MasterChef” alongside reality television stars Gemma Collins and Spencer
Matthews and current role as a spokesperson for British Airways.

Stella Parton was branded a Maverick in 1975 when she launched her very
own record label – (Soul, Country and Blues) S.C.A.B Records before
going on to write, produce and release her chart-topping debut album I Want to Hold You (In My Dreams Tonight).
Since that time, Stella has gone on to release 39 albums, 32 chart
singles and become an accomplished actress and author with three
cookbooks, an inspirational memoir (“Tell it Sister, Tell it”) and four
starring roles in Broadway touring musicals; “Seven Brides for Seven
Brothers,” “Best Little Whorehouse in Texas,” “Pump Boys and Dinettes”
and “Gentlemen Prefer Blondes.” In 2015, at the request of her older
sister Dolly, Stella served as a consultant on the NBC Television movie
“Coat of Many Colors” in addition to being portrayed in the film as a
child and appearing in a character role as Corla Bass. She reprised her
role in the Emmy-Nominated follow up “Christmas of Many Colors” (2016).
In 2018, Stella became an audience favorite on BBC’s “Celebrity
Masterchef” series and partnered with British Airways as a spokesperson
for their new direct flight between London and Nashville. Stella
continues to perform around the world and speak out as an advocate for
victims of sexual assault and domestic violence.