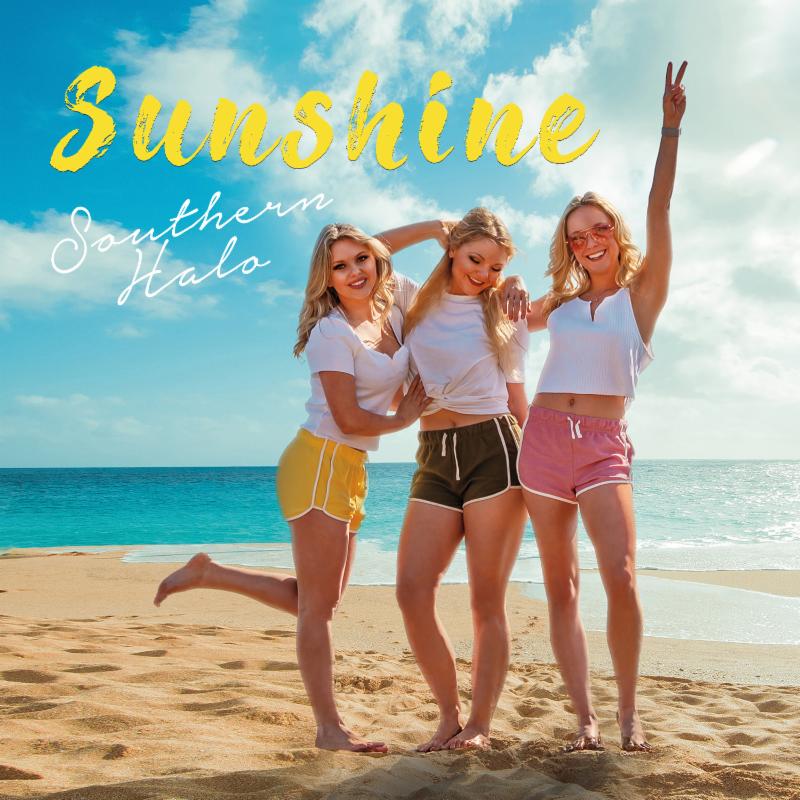 Today,Southern Halodelivers a summer escape with “Sunshine,” a groove-oriented,
electrified wave of sound that lifts the listener out of the winter
doldrums with high-energy musicianship and dynamic sibling harmonies.
Written by Love and Theft’s Stephen B. Liles  and Eric Gunderson,
along with Southern Halo’s lead singer/songwriter Natalia Morris, the
track was produced by Catt Gravitt.

The single docks at Country radio today via PLAY MPE and is available for pre-order and Spotify “pre-save” now, and for purchase across all platforms on Friday, April 12. “Sunshine” premiered yesterday on The Country Note.

And I almost feel the sand on my feet

Laid back chillin’ with an ice-cold drink

There won’t be no worries, won’t be thinkin’ about time

Just sippin’ by the water in some sunshine

I could use a little bit of sunshine (Morris/Liles/Gunderson)

The
writers met up in the chill of January, and all three were longing for
warmer weather. “The first verse almost wrote itself,” recalls Natalia.
“Stephen and Eric immediately created a great, upbeat groove that was
perfectly jamming to the theme, so running with it and telling a story
of that vacation to escape felt natural. We love it and hope we’ll get
to meet up with Love and Theft on the road again soon so we can sing it
together live.”

Southern
Halo will have lots of chances to catch up with their platinum-selling
friends as they ramp up a touring schedule that includes shows:

Natalia
(principal songwriter, guitarist, lead vocalist), Christina (drums) and
Hannah (bass) are SOUTHERN  HALO. Since their hypnotically-upbeat
Country radio debut, “Little White Dress,” caught the attention
of U.S. radio and press, this sibling trio has broken down doors and
shattered glass ceilings. Follow up singles, including “Rewind”  and “Living Like That,”
from the group’s CD, SOUTHERN HALO (2015), further bolstered the
group’s profile. The band has opened for Maren Morris, Phil
Vassar, Deana Carter, Love and Theft, Brantley Gilbert, Eric Paslay,
Tyler Farr, Parmalee, Old Dominion, American Young, Blues immortal B.B.
King and legendary chanteuse Dionne Warwick, and many others. The
Cleveland, Mississippi natives have performed at a pre-show on the
rooftop terrace of the Grammy Museum in Los Angeles, kicked off the Backstage Pass Series at the Grammy Museum Mississippi, launched Townsquare Media’s Say It With Pepsi Concert Series, and toured on the Spring/Fall 2018 High School Nation Tour. They entertained fans at CMA Music Fest 2018 and 2016, and have twice toured the U.K. Their 2018 album, JUST LIKE IN THE MOVIES, garnered two Top 25 MusicRow CountryBreakOut™ chart and Top 45 Billboard Indicator chart hits. When they are not on the road, the Morris sisters now call Nashville home.