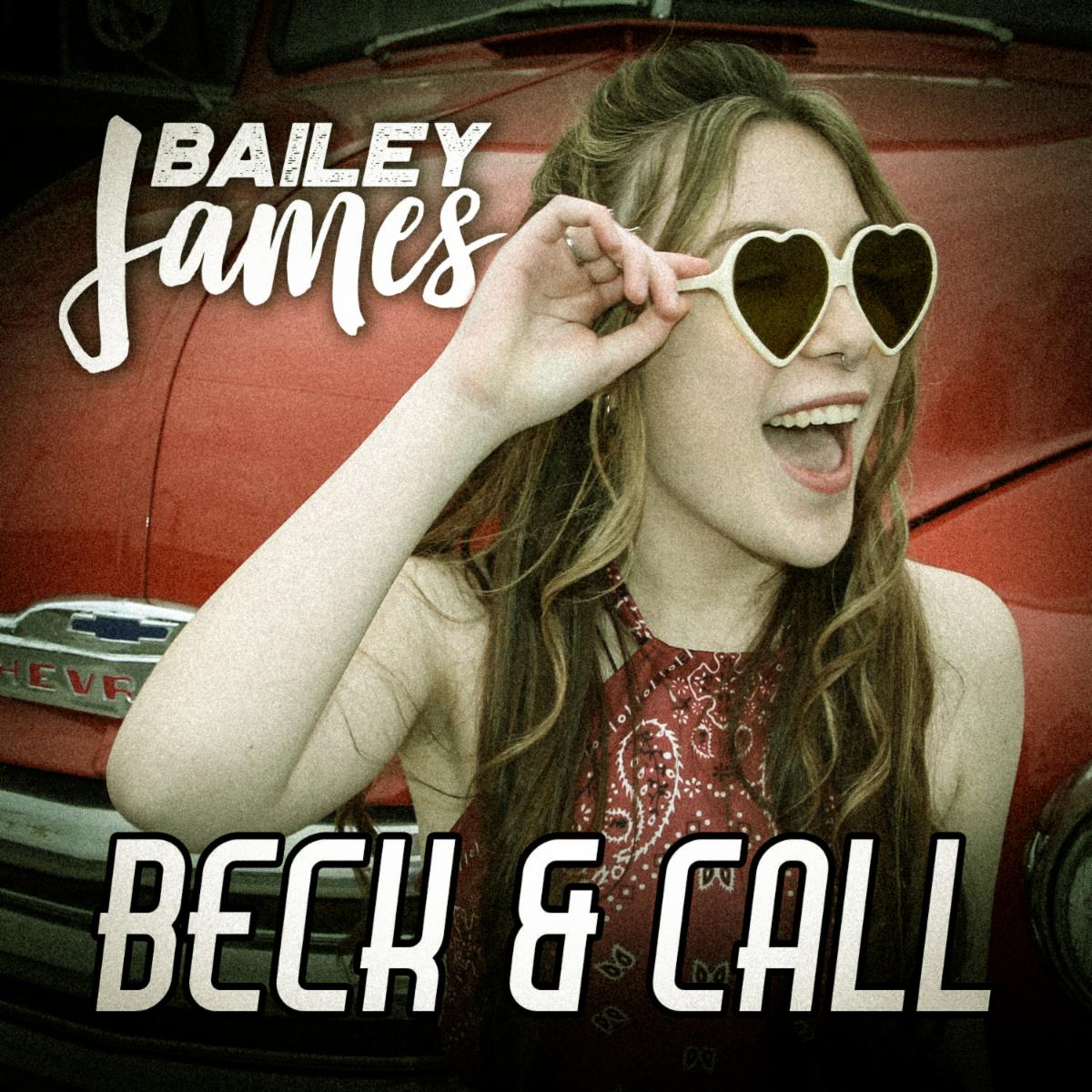 With powerful and fervent vocals, it’s no secret that teen sensation Bailey Jameshas
always been in touch with her soulful side. Soul and blues have played a
role in developing her sound in the past, but with the release of new
single Beck & Call, Bailey continues to bleed creativity and fire into her music, while entering into that space that helped her craft her style. Beck & Callis available on Spotify,Apple Music, and all other digital retailers now.

The
song, written by Bailey James and Julie Downs, depicts the ups and
downs that are felt in an on again-off again relationship. “I was in a
super on and off again relationship with this guy, and it was really
messing me up inside,” Bailey recalls of the dilemma she was in upon
writing the single. “I went into the write that day thinking about this
situation and the idea of loving that he was at my beck and call but
hating when he wasn’t.”

Produced
by Grammy-nominated Matt McClure (Lee Brice, Kellie Pickler, Lindsay
Ell, Dylan Scott, etc), “this music has a lot of soul and funk
influences, down to the instruments and the way we produced it,” Bailey
says of this new music. “I think my music is more me than ever and I’m
very happy with it.”

After
getting an overwhelming demand requesting more music from her, Bailey
is listening to her fans and will be releasing two other acoustic
singles six weeks apart after Beck & Call. “I
want to give my fans more content more quickly.” Bailey is excited to
release the new music she’s been working on as she is honing her craft,
defying who she is as an artist and matching the growth she has endured
since kickstarting her career years ago.

About Bailey James: With
over 150k followers across her social media platforms, this rising
artist is stamping her name on country music. With a Top 40 hit under
her belt, 2 chart-topping singles, a golden ticket to Idol last year,
and many more noteworthy accolades, this PA native has been
receiving positive feedback from radio and press including renowned
music critic, Robert K. Oermann, who said “I’ve liked everything she’s
ever put out so far…she’s a master chef as a singer…” She has she
appeared and performed at legendary venues such as the Bluebird Café,
the Wildhorse Saloon and The Listening Room as well as the home of the
Grand Ole Opry — radio station WSM-AM, and taken part in multiple CMA
Music Festivals with performances and autograph signings. www.BaileyJamesGang.com

She
has followed in the footsteps of country music icons, Rascal Flatts and
Charlie Daniels by joining The Jason Foundation as their first national
teen ambassador. This foundation is dedicated to the prevention of
youth suicide by raising awareness through education and
empowerment.  By teaming up with the foundation, Bailey has been able to
spread their mission to the forefront and has currently partnered with
them for their Won’t Be Silent social media campaign with the release of
her personal song, I Won’t Be Silent.