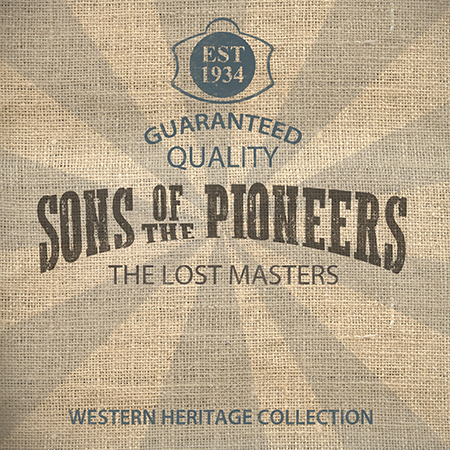 Sons of the Pioneers, The Lost Masters to be Released by Country Rewind Records Western Heritage Collection

Sons of the Pioneers, The Lost Masters is targeted for release on March 15 by Country Rewind Records Western Heritage Collection to be distributed by Select-O-Hits.
The new music will also be available for streaming and download on all
digital music platforms including Apple Music, iTunes, Spotify, Amazon
Music, Google Play, Pandora and more.

“On this fine CD the songs written and performed by the Sons of the
Pioneers will be sung a thousand years from now; perhaps on other
planets,” shared Roy “Dusty” Rogers Jr. “What a great heritage to have
left the world.”

Track List – Sons of the Pioneers, The Lost Masters

4. When Payday Rolls Around (Bob Nolan)

10. Hold That Critter Down (Bob Nolan)

16. Chant of the Wanderer (Bob Nolan)

Sons of the Pioneers, The Lost Masters was produced by Rex
Allen Jr. for Boxer Productions at Jim Farrell Studios, Towanda, KS and
Executive Producer Thomas Gramuglia, with mastering by Jim Farrell and
John Forbes.