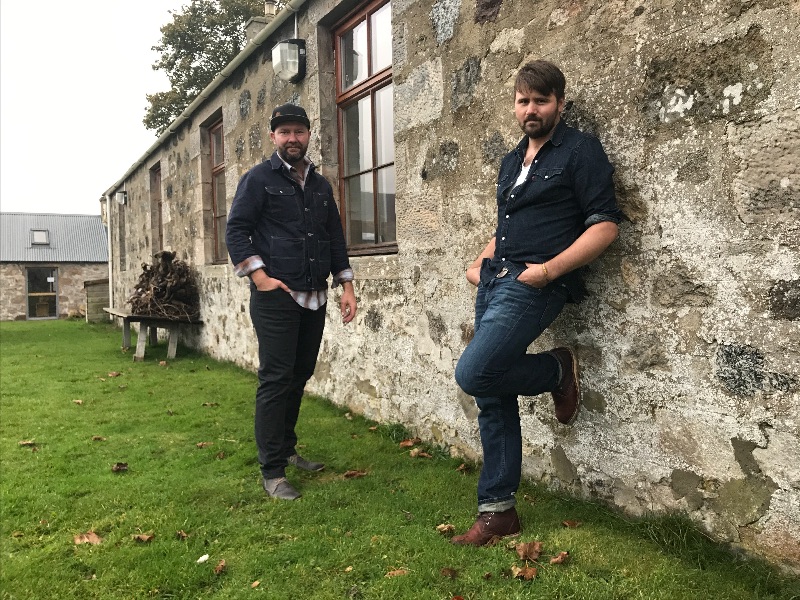 With a focus on compelling compositions and virtuosic improvisation, instrumental duo Small Town Therapy finds itself at the intersection of several musical genres. The duo, featuring Leif Karlstrom and Adam Roszkiewicz, two members of the award-winning progressive roots band Front Country,
ventured into an all instrumental side project a few years ago to
release a debut, self-titled recording in 2014. Now, they are finishing
up their second full-length release, Dreams and Circumstances, recorded in Eugene, OR; Nashville, TN and in Asheville, NC to be released later this year on the North Carolina-based label, Organic Records.

Karlstrom and Roszkiewicz say, “Small Town Therapy
is all about creating unforced musical moments, that often end up at
the intersection of musical genres. We are honored to join the other
inspiring artists at Organic Records, who all make great and genre-bending music. We look forward to partnering with Organic
to get our upcoming record into the ears of the world. It’s a rare
privilege to work with a label that approaches releasing music with the
same excitement we do.”

Dreams and Circumstances reflects continued creative growth for the duet with Karlstrom on violin and mandolin and Roszkiewicz on mandolin and guitar as well as guest players Lyndsay Pruett and John Mailander on violin, Eli West on guitar, and Ethan Jodziewicz on
bass. An instrumental project, the music here explores uncharted
territory in acoustic music, with a cerebral blend of bluegrass,
jazz, and classical influenced original compositions.

Dreams and Circumstances is due out in May on Organic Records.

Adam and Leif are both highly accomplished musicians and educators and
have performed at festivals around the world including: Merlefest, Grey
Fox, Bristol Rhythm and Roots, Rockygrass, Telluride, the La Roche
Bluegrass Festival in France, Didmarton Bluegrass Festival in England,
the Blue Highways festival in Utrecht, Holland, the Singer Festival in
Warsaw, Poland and the Hardly-Strictly-Bluegrass festival in San
Francisco’s Golden Gate Park.

About Organic Records:
Organic Records®
is an eclectic home for a variety of artists that are singularly unique
and defy categorization. In a time when music is becoming less defined
by genre, Organic artists are developing their own musical identity
outside the confines of traditional classifications. Organic Records® is
their natural habitat. Organic Records® is a division of Crossroads®
Label Group and is located in Arden, North Carolina.