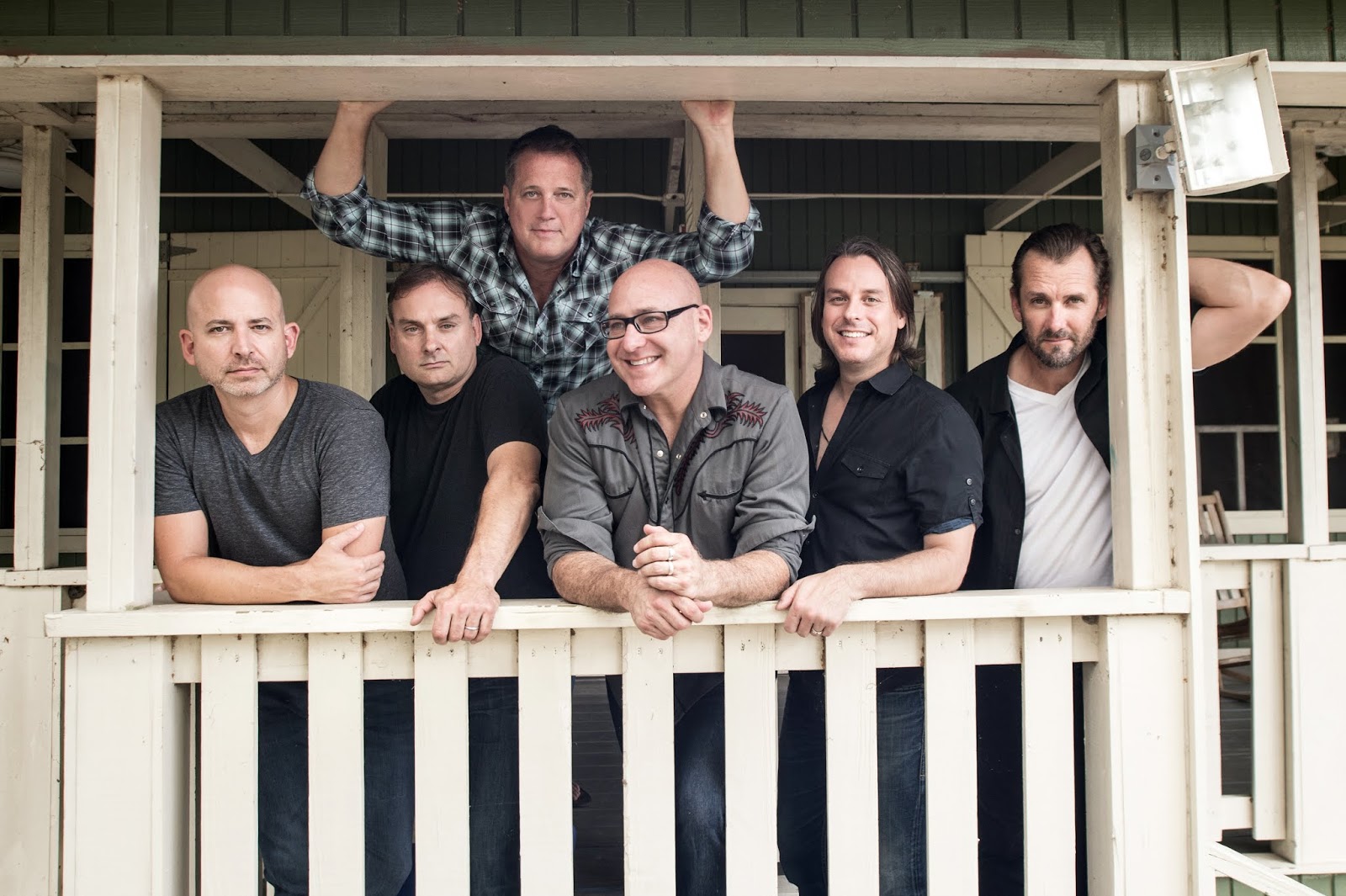 When and how did the journey begin of Sister
Hazel making music together?

Sister
Hazel formed in 1993 in Gainesville, Florida. Everyone except our drummer,
Mark, attended the University of Florida. We were all in different bands at
first but then we decided that we wanted to join forces. We bought a van and
trailer and started to tour the south eastern part of the United States. We
recorded a demo to get shows and sold it out of the back of our van. Our fan
base grew to be one of the largest of the regional bands at the time. We
managed to convince a local radio station to play one of our songs and it
caught the attention of Universal Records. We signed with them in 1996.

Do you think your namesake, the late Sister
Hazel Williams, would still be proud?

We actually
met with Sister Hazel Williams and asked for her blessing for the namesake. We
attended one of her church services and Ken, our lead singer, got up and spoke
to the whole congregation. She was impressed and continued to support the band
until her passing a few years ago.

Can you tell me more about your latest EP, Wind?

Wind is one
of four EP’s in our “Elements” series. We decided to put more music out more
frequently. We are releasing all four over a period of two years. Each EP has a
one minute song at the end which is continued on the subsequent EP. When all
are released, those songs will be connected to create one song with four
movements.

A lot of songs on the new EP’s are co-written
by a couple of the band members and outside songwriters. How do you pick who to
write with in and out of the band?

The
songwriting process is always different depending on where we are mentally and
geographically. We have spent a lot of time in Nashville over the last decade,
so it was very natural for us to tap into the amazing arsenal of songwriters in
that town. We co-write with each other on the road. If somebody feels they can
contribute and have a passion for a song, any and all are encouraged to help
out.

What is your favorite song among all the songs
you have recorded and what is the story behind it?

Right now
the song that means the most to me is a song called “In Two” on our latest EP, Wind. I wrote that song with my friend,
Todd Wright, for my wedding in 2015. I had no intention of it going on a
record. It was for my wife and the wedding. Todd and I performed the song at
the ceremony. The band and I felt that the song was too special to not share it
with our fans.

Who inspires you
musically?

That list
is way too long!! I grew up on classic rock. I’m also from the South so I have
an affinity for southern rock. Right now, if I had to choose just one person, I
would say I’m in a Tom Petty phase.

What has been your greatest challenge in the
music business?

Navigating
the intricacies of being in a band. We have accomplished what very few bands
have done before us. We kept the band together with all original members for 25
years.

What can your fans expect to see when they see
you in concert?

The fans
can expect a show that is different than the last show of ours. We change the
set list every night. We have people that follow us from town to town so we
want to keep it interesting for them as well as for ourselves. We always play a
handful of Sister Hazel staples and we try to put in at least two or three
songs from our latest release. Our old songs develop new arrangements from time
to time to keep things from going on auto pilot.

You appeared at the Grand Ole Opry and the CMA
Festival this year how was this for you?

Playing the
Opry is a dream come true for all of us in the band. The history and honor
never escapes us. We also feel blessed that Nashville has embraced us enough to
play the CMA Fest. We have a lot of roots planted in Nashville and it always
feels like coming home.

When can fans finally see you in Europe?

We have
been talking about touring Europe for years. We have some ideas cooking,
Hopefully soon.

What highlights and achievements stand out in
your career that you are proud of?

Playing
with the Allman Brothers at Red Rocks Amphitheater sticks out as one of our
best moments. They are such a big influence on us and to be invited into their
camp was an honor. The venue is one of the best in the world and our two night
stand with the Allmans will always be a cherished memory.

Any last words for our readers and your fans?
How do they connect with you?