Singer-Songwriter, Stephanie Quayle, Is Your Bar-Side Best Friend In The Release Of Her Lyric Video For Her Latest Single, “Whatcha Drinkin ‘Bout” 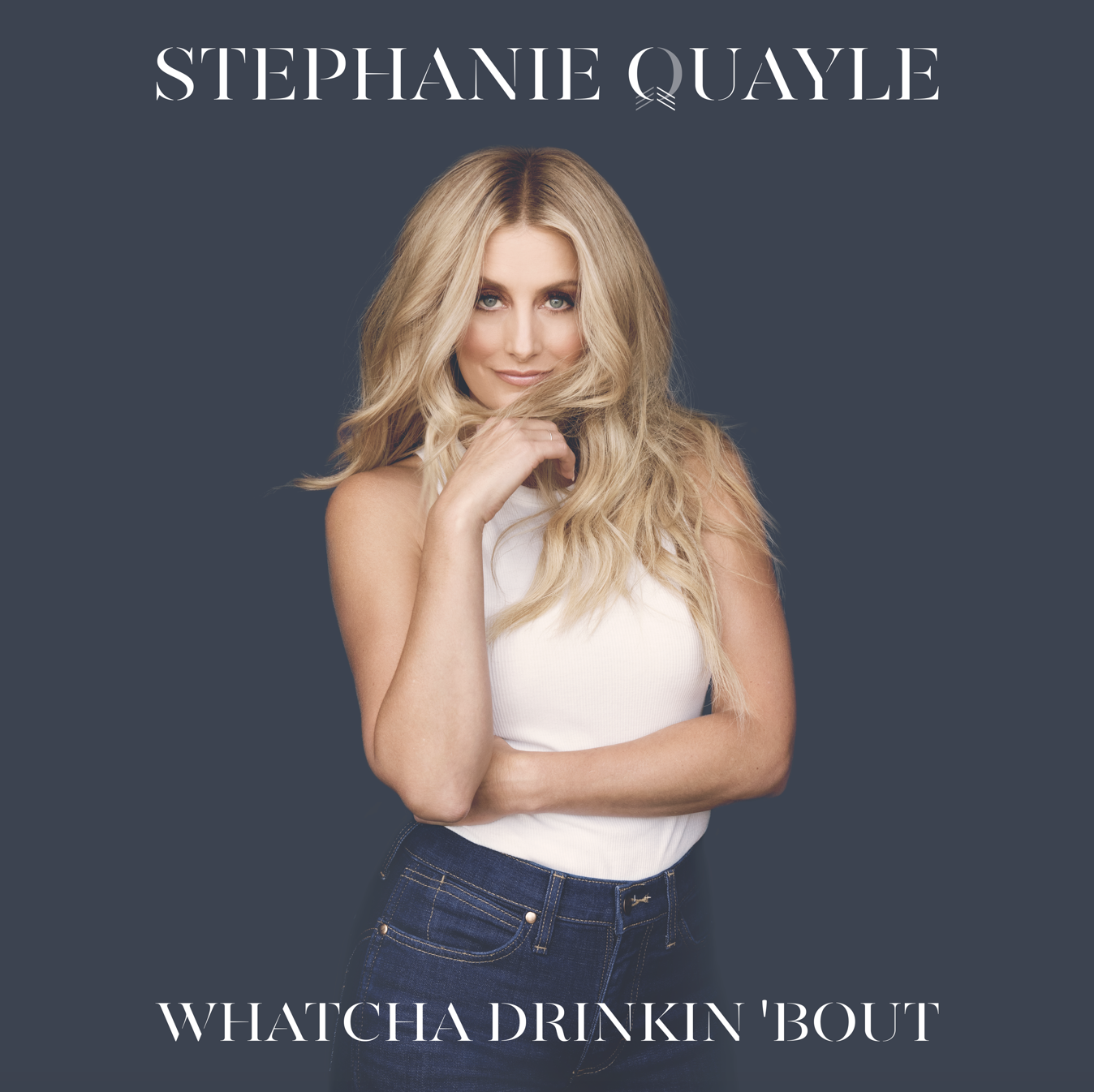 “No
matter what you’re drinkin’, we’re all drinking ‘bout something. It’s
that common denominator. You walk into a bar… and everyone’s drinkin
‘bout something,” says Quayle.

During its first week of release, the single was among the Top 10 most added at country radio with 19 stations playing the record.

The official video for “Whatcha Drinkin ‘Bout” will be released later this month.

Stephanie is currently on the road hitting stops all across the U.S.

Rebel
Engine recording artist Stephanie Quayle was recently inducted into
CMT’s “Next Women Of Country” Class of 2019. Last year, she made her
Grand Ole Opry Debut, played the historic Ryman Auditorium for the first
time, and was a consistent presence on the Billboard Country Airplay
chart with her previous single “Selfish.” Quayle was also one of the
only independent female acts in 2018 with two music videos in rotation
on CMT. Named one of Rolling Stone Country’s “New Country Artists You
Need To Know,” Quayle is garnering attention from her high-energy live
shows across the country while sharing stages with artists like Kane
Brown, Brett Eldredge, Jon Pardi, Carly Pearce, LOCASH, Billy
Currington, and more. The singer-songwriter’s booming personality has
also been tapped as a special guest host for Wrangler Network on the ACM
Awards red carpet, as well as for Sounds Like Nashville on the CMT
Awards and CMA Awards red carpets. And in a once in a lifetime
opportunity, the charismatic performer was the only independent act
invited to perform for the five living former U.S. presidents (Obama, W.
Bush, Clinton, H.W. Bush and Carter) alongside artists like Lady Gaga
and Alabama as part of the hurricane relief concert “Deep From The
Heart: The One America Appeal” in Texas.

She
has been highlighted in People, Huffington Post, Glamour, Hollywood
Life, Inspirer Magazine, Taste Of Country and Sounds Like Nashville, to
name a few. She also serves as music ambassador for Murdoch’s Ranch
& Home Supply, an original store from her hometown of Bozeman, MT,
and has teamed up with national brands Kampgrounds Of America (KOA),
Winnebago and Wrangler for various campaigns. Quayle is an active
supporter of charitable organizations like the American Heart
Association’s Go Red For Women movement, Care Camps, and St. Jude
Children’s Research Hospital. Quayle’s most recent music video, the
cinematic stunner for “If
I Was A Cowboy,” earned a CMT World Premiere and over 700K views. Her
latest offerings, If I Was A Cowboy – EP,  is now available at digital
retail and on all streaming platforms.