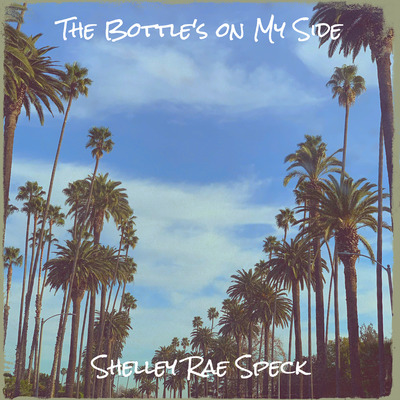 Award-winning singer/songwriter Shelley Rae Speck and Dream Loud records recently released the first single from her upcoming untitled debut EP. “The Bottle’s On My Side,” a buzz single debuted in the Top Ten on Amazon Music’s Hot New Releases sales chart while receiving a warm welcome from Americana, Folk, Country, and Adult Contemporary audiences and the stations they listen to. The single continues to gain traction with adds to 100+ top Spotify playlists. Shelley is no stranger to the music industry after making her professional stage debut at the legendary Troubador on the Sunset Strip in Los Angeles when she was 13 years old. Since then, Shelley has worked with everyone from Meredith Brooks to Katey Segal, and her band Specks opened for Mister Mister, Melissa Manchester, and the Sparks. She’s also penned songs heard in countless TV shows and films, including “Beverly Hills 90210,” “Josie and the Pussycats,” and “Rookie of the Year,” among others. As a highly sought-after vocal coach, Shelley’s clients include Ashley Tisdale, Ricky Luna (“The New Mickey Mouse Club”), the Pussycat Dolls’ Kaya Jones, and others. Shelley lives in the Coachella Valley which serves as a backdrop for her songwriting influenced by Dolly Parton, Joni Mitchell, The Pretenders, and Emmy Lou Harris.

Shelley Rae Speck:  I am a storyteller. My songs can have emotional depth by portraying different points of view.

Shelley Rae Speck: This year has been a remarkable journey for me. My single, The Bottle’s On My Side, dropped on July 29th, 2022. I have watched my Spotify listerners and iTunes steadily climb.

Shelley Rae Speck: My latest single, The Bottle’s On My Side is doing well on all streaming platforms, especialy Spotify. It was produced by Grammy Award Winning Greg Wells and Val McCallum is playing lead guitar on it. Greg’s production took the song to another level musically.

Shelley Rae Speck: How did you choose the title for the CD?  Is there a story behind the name?

Shelley Rae Speck: The EP is titled The Bottle’s On My Side. I was very lonely at the time and felt like I didnt have a friend in the world. I was feeling the loss of my first love and my career seemed to be stalled. I was debuting my new songs for a few friends and the guy next to me was drinking straight from a whiskey bottle. I looked at the bottle and said to myself, that bottle looks like an instant friend for tonight. So the song was born. It’s a true story about the one that got away.

Shelley Rae Speck: I wrote the song by myself. Typically, I write all the songs alone but I am open to collarborating.

Shelley Rae Speck: I think this release differs in tone. I had made my living as a songwriter and when I moved to Coachella Valley, something shifted. The desert will do that to you. It is so different than the hustle and bustle of Los Angeles and Hollywood. The solitude allowed something more to surface.

Shelley Rae Speck: I think that everyone has had a broken heart. Everyone mends their heart differently. I am not promoting alcohol but sometimes you just need something or someone to get you through a rough patch.

Shelley Rae Speck: My next release will be a song entitled I’m Not The Marrying Kind. It’s an anthem type song for girsl and women who are choosing the single life. It’s a tongue in cheek thing. It’s very uptempo and danceable.