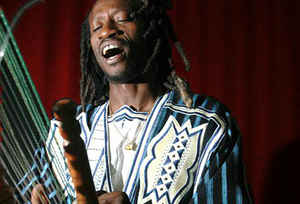 The Sene-Gambian region in West Africa has lost a master player of the 21-string harp musical instrument called Kora.

Born
1963 in Ziguinchor, in the Southern Senegalese region of Casamance, the
late Solo Cissokho moved to the European nation of Norway in 1995,
where he continued to shine in his chosen career, until his demise.

The
death of the master player of Kora came as a shock to the Gambian and
Senegalese community in Oslo, Norway, as they have lost what they called
“a pillar”.

“With great sorrow, we
regret to announce the passing of brother Solo Cissokho. An amazing
personality, he will be remembered for his kindness and friendliness.

“He
touched many lives and through his music, he has done his bit to
promote art and culture not only in the Sene-Gambia region, but also
here in Norway and a far. Sleep on Solo.

“May
your angels keep watching over us. May Allah grant you Jannah,” it has
been noted of the late musician. The Community sends its condolences to
the entire family in Oslo, in Senegal, The Gambia and elsewhere.

Meantime,
CISSOKHO, CHEIKH CISSOKHO, MAHER CISSOKHO, BINTOU CISSOKHO and SIRA
CISSOKHO of the family, have announced that a prayer and memorial
service to pay final respects to the deceased would be held on Friday
10th May, 2019, at Daru Salaam Islamic Centre, Jerikoveien 26, Oslo,
Norway.

Solo Cissokho has been described as a griot–a special performer, story-teller and praise-singer who transmits his African heritage through his Kora music.

Born
into a family that  is said to have seen the art of Kora playing being
passed from generation to generation through more than 700 years, the
Kora-star was believed to have been introduced to this musical
instrument (Kora) at the tender age of 7.

He
was once quoted as saying: “I began my career by building my own Kora.
That way you really learn the characteristics of your instrument.”

The late Solo had won the “BBC World Music Awards”
in the Boundary Crossing category. And the memorable release that
garnered him this world broadcaster’s prestigious award was said to be
the 2002 “Tretakt Takissaba” album that featured him and Swedish
fiddler Ellika Frisell, fusing spacious Scandinavian folk music with the
African harp’s rich timbre.

The
people of the English-speaking West Africa nation of The Gambia and its
sister Francophone-Senegal-where the late musician hailed from, would
continue to miss this great Kora player, albeit his songs with melodious
voices, would continue to live with them.