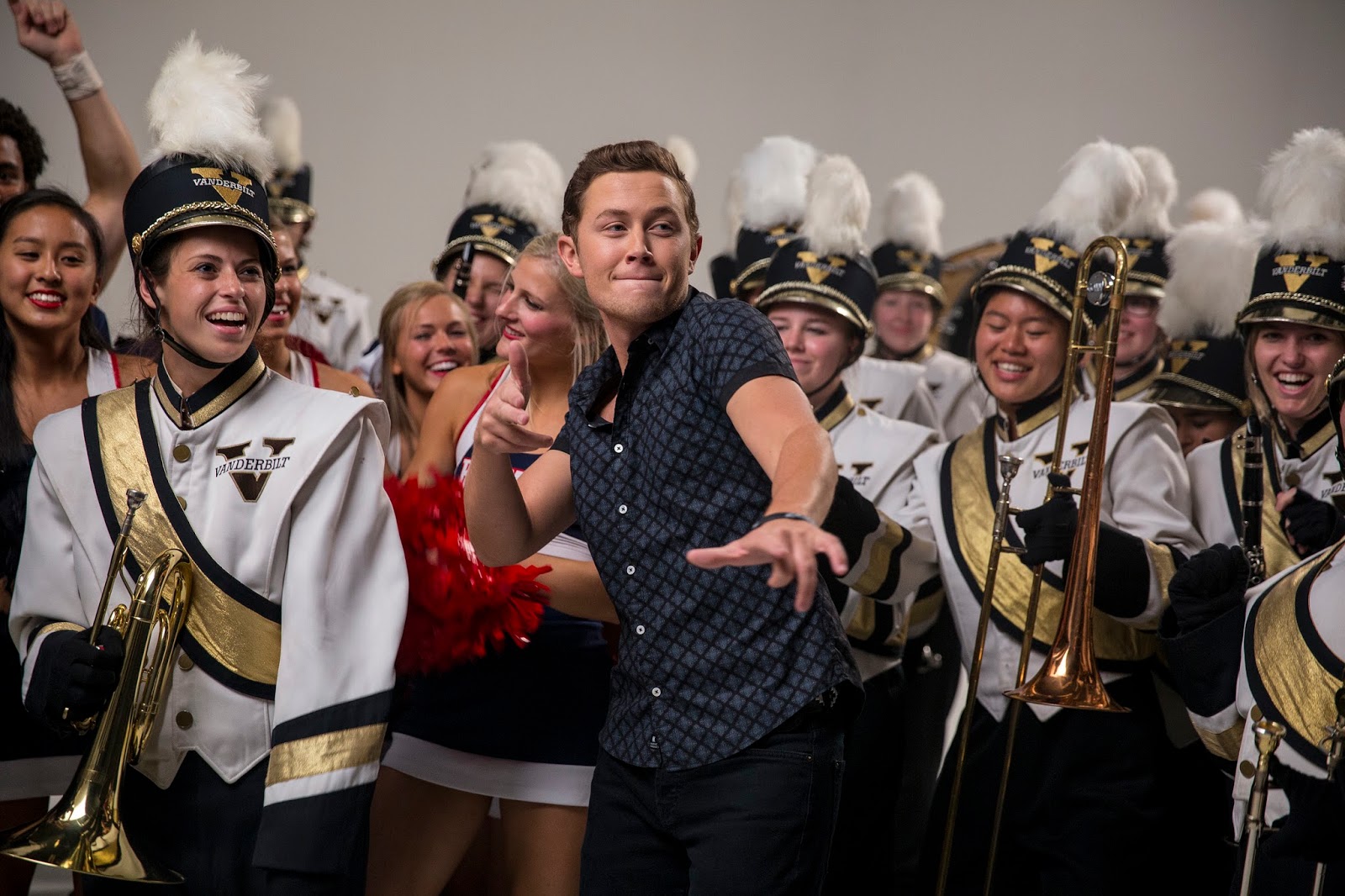 McCreery teased the video last week revealing behind-the-scenes footage
of the antics on set and McCreery belting out his latest tune surrounded
by cheerleaders and marching band members from all over Nashville
including cheer squads from Belmont University and from Lipscomb
University along with the Vanderbilt University Spirit of Gold Marching
Band. View the behind-the-scenes footage HERE

“Southern Belle,” produced by Frank Rogers and written by Sean McConnell
and Jason Saenz, is the lead single off McCreery’s highly-anticipated
third studio album on Mercury Nashville / 19 / Interscope Records, due
out in 2016.

Fans can preview and purchase “Southern Belle” by visiting umgn.us/SouthernBelle.

McCreery was voted “2015’s Sexiest Man in Country Music” by the readers of NASH Country Weekly Magazine, as revealed in the current issue on stands now. He recently wrapped up the Riot Tour 2015 with
Rascal Flatts and he continues his own headlining dates through the end
of the year. In addition to “Southern Belle,” the ACM and CMT
Award-winner performs his Platinum-selling fan-favorites on tour
including “See You Tonight,” “I Love You This Big,” “The Trouble With
Girls,” his most recent Top 10 Gold-selling hit, “Feelin’ It” and many
more.

McCreery also recently announced the May 3, 2016 release of his very first book, Go Big Or Go Home: The Journey Toward the Dream,
which narrates the young star’s journey from a kid imitating Elvis on
the school bus to 30 million viewers across the country tuning in to see
him win Season 10 of “American Idol” to building a successful country
music career. The book will be available for pre-order beginning Nov.
15.