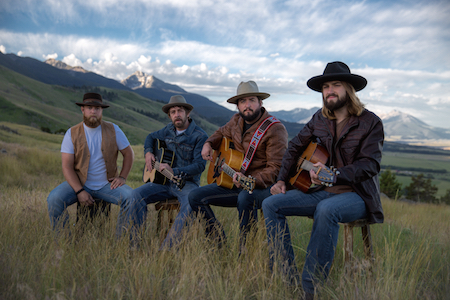 NASHVILLE, Tenn. (July 10, 2017) – Southern-rock revivalists, the Scooter Brown Band,
have teamed up with APA, BFD, David Corlew & Associates and 117
Entertainment Group for the release of their latest project this fall.
Details will be announced in the coming weeks.

“I am
excited for what the future holds with this strong team in place,” said
Scooter Brown, adding, “we have some of the most passionate and
experienced people in place working with us now. The new music is going
to make a major impact.”

“We’re
very excited about Scooter Brown Band’s new record. The SBB is a great
band that translated the essence of their live show into this project.
We have very high expectations for there first record for BFD,” said
David Corlew of David Corlew & Associates.

About Scooter Brown Band
After 4 years and 3 months, 2 tours overseas with 1 tour of combat
in Iraq as a United States Marine, Scott Brown traded his guns in for
guitars and hit the road. The Scooter Brown Band was formed and began
playing mainly in and around Houston, Texas. Along with their growing
notoriety came their first radio single “Apology.” Other regional radio
releases were soon to follow and include “Whiskey Talkin”, “Soldiers
Christmas Eve”, “Feels Like Home,”, and “Summer Song”. The band has
released a number of independent albums, strengthening their chops in
the studio, however they truly shine in their live show. SBB has toured
the country and opened for some of their biggest influences including
Charlie Daniels Band, Travis Tritt and the Marshall Tucker Band, just
to name a few. For the last year the band has been building a new era in
their career and are gearing up for the release of their newest project
this Fall — defining modern southern rock.

About 117 Entertainment Group
Zach Farnum
has managed PR campaigns for an eclectic list of artists including
Charlie Daniels, Don McLean, Randy Travis, Bobby Bare, T.G. Sheppard,
Tommy Roe and many more, as well as high-profile events and festivals
including A Heroes and Friends Tribute to Randy Travis, Charlie Daniels’
Volunteer Jam, Country Stampede, Tree Town Music Festival and more. He
serves as a co-chair of the TJ Martell Foundation’s Young Professionals
Council and was recently appointed the Membership Chair of the Nashville
Association of Talent Directors. Bev Moser has worked
with country artists, television actors and celebrities, as well as book
authors creating articles and reviews, conducting interviews and
covering an endless stream of festivals and press conferences. Together
at 117, the pair brings a brand-driven approach to publicity and
marketing campaigns and continues to be a go-to PR firm for prominent
agencies, managers and record labels.