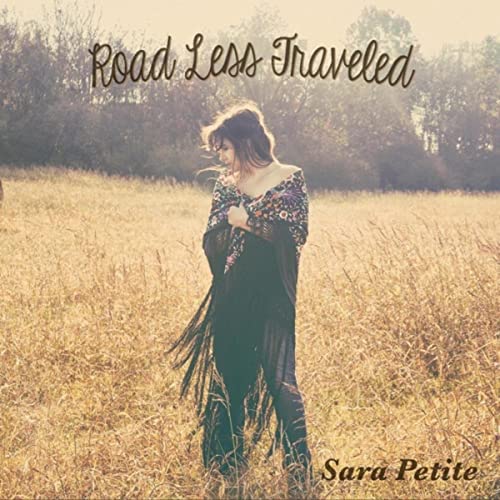 If you browse the country music scene for newly released albums, you repeatedly come across young artists who are still little known and who have not yet reached the mass market.  This also applies to Sara Petite, who, despite the French name, is a real American, born in Washington state and now at home in California.

After all, Sara has been in the music business since 2006, when her first album “Tiger Mountain” was released. The singer won the Portland Songwriter Contest with the single “Coming Home” that was released from it.

In 2008 she followed up with her second album, “Lead The Parade”, followed two years later by “Doghouse Road” and in 2013 “Circus Comes To Town”. The latest work from 2017 is entitled “Road less traveled”.

Even if the previous musical work has only received local awards, music critics are still full of praise: There is even talk of a “female Johnny Cash” and a musical closeness to Bruce Springsteen is repeatedly pointed out.

After so much advance praise you start listening with a certain positive bias, and the style of the title song really has something of Johnny Cash’s style, while the following “It Was Just A Kiss” sounds amazingly like Roy Orbison, as does “Getting Over You”.

The bluesy-rock “Good 2 B Me” is the most ear-catching piece on the album.

When you listen to it, you immediately feel transported to a smoky bar. In the subsequent “Sweat Pea Blues” Sara Petite proves that she can also master the quieter tones before she hits rockier tones again on “Monkey On My Back”.

With “I Will Rise” the sound of Janis Joplin can be heard a little, and at the end of the album the title song is recorded again in a nice unplugged version.

Everything sounds very melodic and pleasing, the voice takes a bit of getting used to as it is definitely distinctive.

The work reveals various musical influences that the singer has melded into a homogeneous album, all with a recognizable individual style.