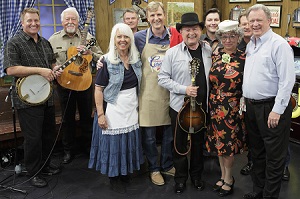 Tune in to the all-new episodes this season to see and hear the
artists and guest hosts in their true form, sharing their favorite
stories from years in the music business, family-friendly jokes and
wisdom about life at-large. Airtimes are Saturday nights at 11 p.m.
ET/10 p.m. CT, and Sundays at 7 p.m. ET/6 p.m. CT on RFD-TV.

Find your local channel listing for the show here. 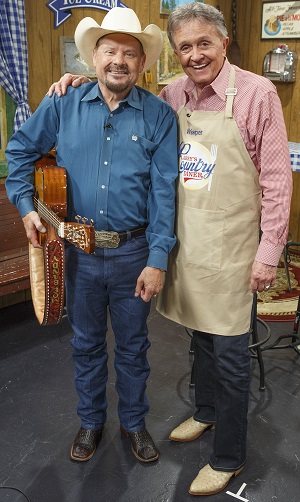 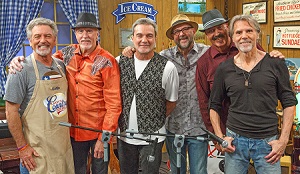 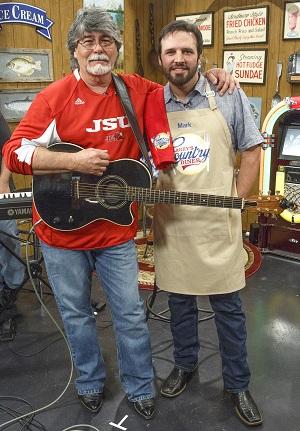 *Lineups are subject to change

On September 16, Gabriel Communications and the show’s cast hosted a
groundbreaking ceremony in Bellevue, Tennessee to commence the
construction of a new 6,700 square-foot Larry’s Country Diner
restaurant, gift shop and concert venue, which will transform the
current make-believe television set into an authentic diner restaurant
and tourist stop. The new facility will be built off of exit 196 on
I-40W at 7734 Highway 70 South.

“It will be set up to host our television tapings, but first and
foremost has to be a diner — a good diner,” said Larry Black. Menu
items are sure to include Nadine’s famous pies and the best of
old-fashioned, Southern fare. Gabriel has hired MCR Group as the general
contractor for the project. It is slated to open in late Spring 2016.

Become a part of the “Larry’s Country Diner Legacy Walkway”
at the new diner by personalizing a commemorative brick that will pave
the restaurant’s entrance.

ABOUT LARRY’S COUNTRY DINER:
Larry’s Country Diner is a unique down-home variety show,
which integrates interviews and music in an entertaining weekly format,
taped LIVE in front of a studio audience in an old-fashioned diner
setting. The show features regular characters including Larry Black,
Keith Bilbrey, Sheriff Jimmy Capps, Renae The Waitress and avid church
gossip, Nadine, along with special guest appearances by country music
artists of yesterday and today. Since its initial airing on August 3,
2009, Larry’s Country Diner has produced over 100 episodes and has
become one of the most popular shows on RFD-TV, garnering 1.5 million
viewers monthly. For more information, please visit www.larryscountrydiner.com.

Larry’s Country Diner is a product of Gabriel Communications. Owned and operated by longtime disc jockey Larry Black,
Gabriel Communications was created in 1996 and specialized in “Reunion”
videos. The success of these videos spurred the creation of more than a
dozen more “Country’s Family Reunion” projects, featuring hundreds of
songs and stories as well as Country’s Family Reunion News, a monthly newspaper which highlights the music of yesteryear.

All photos by Phil Johnson