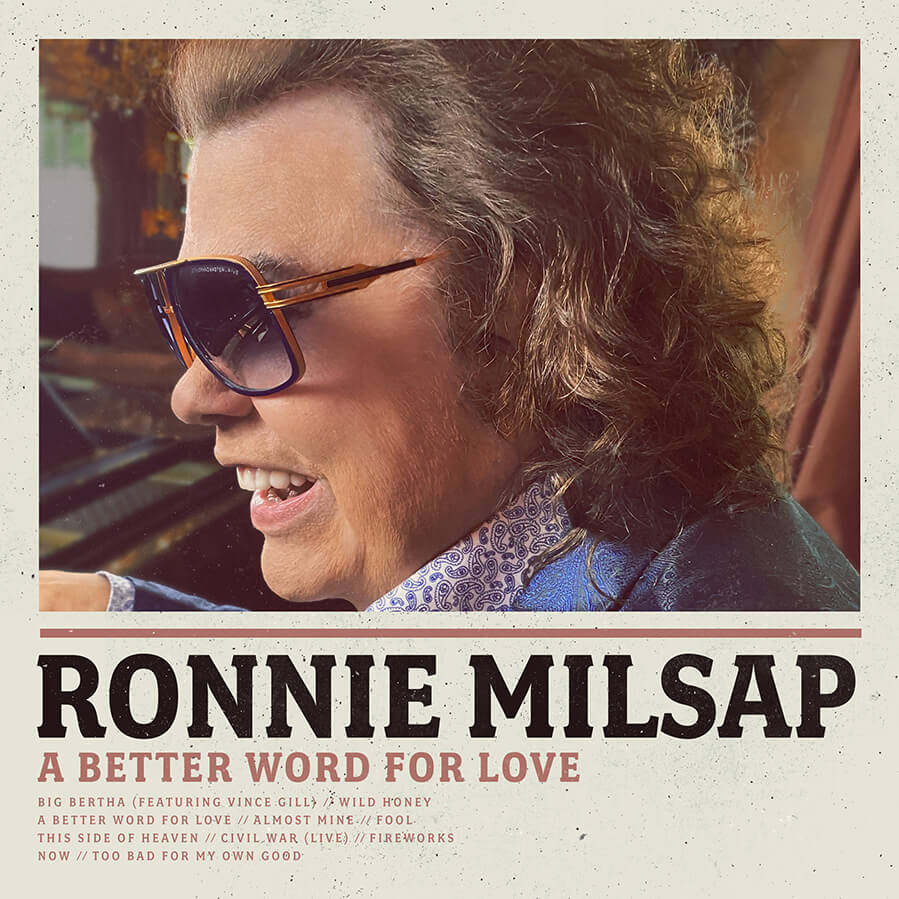 Ronnie Milsap (born January 16, 1943) is an American country music singer and pianist. He was one of country music’s most popular and influential performers of the 1970s and 1980s. He became one of the most successful and versatile country “crossover” singers of his time, appealing to both country and pop music markets with hit songs that incorporated pop, R&B, and rock and roll elements. His biggest crossover hits include “It Was Almost Like a Song”, “Smoky Mountain Rain”, “(There’s) No Gettin’ Over Me”, “I Wouldn’t Have Missed It for the World”, “Any Day Now”, and “Stranger in My House”. He is credited with six Grammy Awards and 35 number-one country hits, third to George Strait and Conway Twitty. He was selected for induction into the Country Music Hall of Fame in 2014.

Ronnie Milsap is without a doubt a legend in Music City and around the world for that matter. His latest offering “A Better Word For Love” is a testament to that legendary status.

The first track “Big Bertha” finds Ronnie channeling the late great Ray Charles and singing as soulfully as ever in his career. Joining him on this track on guitar and vocals is Vince Gill and the pairing couldn’t be any sweeter. And of course the track is rocking and swinging and has a nice twist at the end. It is the perfect way to set up the rest of this set which is solid throughout.

The song “Wild Honey” is the first single from the album and is another barn burning track that has Ronnie sounding like he is just hitting his prime.

The album slows down for the beautiful title cut. A song that stands up against the best ballads of Ronnie’s career and destined to be on his next greatest hits album.

Followed by “Almost Mine” and another chestnut “Fool” Ronnie is in top form and showing he has mastered the art of picking great songs and delivering them flawlessly.

“This Side of Heaven” is probably my favorite song on the disc. Well that or possibly “Civil War” written by Cindy Richardson and Carol Chase this is a tour de force for Ronnie and a song in the finest tradition of Nashville songwriting.

The album closes out with “Too Bad For My Own Good” and it does what any album closer should do… it leaves you wanting more from Ronnie Milsap.

I would be remiss if I did not mention the production work of Rob Galbraith and the mixing and mastering contributions of Kyle Lehning and Glenn Meadows as well as the fine musicians who played on this disc. They are all top notch.

This is my favorite album of 2021 and one of my favorites of Ronnie Milsap.

This is the best record I have heard out of Nashville in a decade at least.