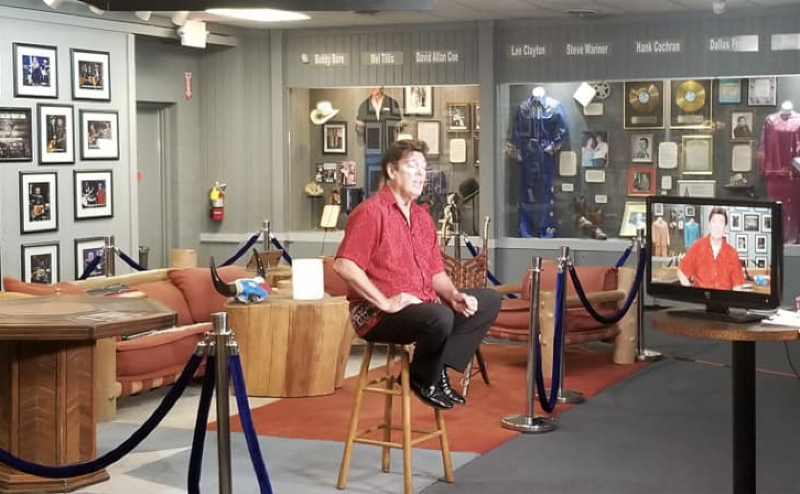 Singer/songwriter Ronnie McDowell debuts his new music video,
“Bring Back Rock and Roll,” this week on the popular television show,
Country Classics. McDowell is hosting the show over the next four
weeks, sharing stories along with

his latest news while bringing videos to country music fans.

Ronnie McDowell’s new video is for the first single off of his
upcoming album, “The Studio Chronicles.” “Bring Back Rock and Roll”
features McDowell with the legendary Bill Medley (The Righteous
Brothers) and hitmaker Billy Swan (“I Can Help”), as well as
entrepreneur Steve Geppi who sparked the idea for the song. “We were in
Vegas and only heard constant loud music with no melody. That is when
Steve said, ‘We need to bring back rock and roll.’ And I knew
immediately we had a song,” remembers McDowell.

The melody is reminiscent of the 50’s rock and roll sounds that
‘stirred the soul.’ Footage of rockers Chuck Berry, Elvis Presley and
Buddy Holly is scattered between studio recording takes.

*For more information on Ronnie McDowell and his tour schedule, please visit, www.ronniemcdowell.com.

About Ronnie McDowell: Ronnie McDowell entertains audiences worldwide with his own blend of romantic intimacy and country excitement! Ronnie
McDowell charted a string of hit singles between 1979 and 1986…
“Older Women”… “You’re Gonna Ruin My Bad Reputation”… “Watchin Girls
Go By” …and “In A New York Minute.” The hit maker charted 19 top ten
hits. The Vietnam Veteran’s admiration for Elvis led to McDowell singing
36 songs on the soundtrack “Elvis,” the Dick Clark-produced television
movie that featured Kurt Russell as the performer. He also was the
singing voice for the television movie “Elvis And Me”, the ABC
television series about the early years of Elvis’ career titled simply
“Elvis” as well as, the 1997 Showtime special “Elvis Meets Nixon.”
McDowell is a true artist and his creativity has expanded to original
paintings for Walt Disney along with painting of some of pop culture’s
biggest celebrities from Elvis to Dolly Parton to Clark Gable.HIs
artwork and music cross paths in his new television show, Painting
America. McDowell has also recorded a patriotic song with the Oak Ridge
Boys, “Make America Great Again,” for a Curb Records compilation. And
McDowell is currently recording an EP for Curb Records which includes
two songs recorded with Bill Medley (The Righteous Brothers) and Billy
Swan (“I Can Help”).