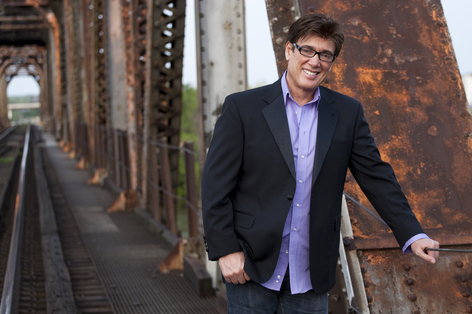 The
concerts will be held on Saturday, August 12, Sunday, August 13, and
Wednesday August 16 at The Storytellers Museum-Hideaway Farm property in
Bon Aqua.  The concert events are free admission with a donation requested to benefit the St. Jude Children’s Hospital in Memphis.

The
Saturday, August 12 concert from 7:00-9:00 PM will feature Dallas
Frazier, Jackson Brumley and Tatiana Cameron with the Storytellers
Museum in house band.

Sunday’s concert will headline Ronnie McDowell and supporting artists from 4:00 PM to 6:00 PM.

Wednesday,
August 16 will close out the Celebration series with a 7:00 to 9:00 PM
presenttion headlining Ronnie McDowell with support artists Mitch
Russell, Stan Perkins and Tatiana Cameron.

Free admission tours of the Stortellers Museum and The Hideaway Farm will be offered each day during the Celebration series.

Also
highlighted during the Elvis rememberance concerts will be a
documentary short film on the preservation work recently begun with the
dismantling of the Colonel Tom Parker house in Madison, Tennessee. Rich
in Elvis history, the home has a planned new rebuild at the Bon Aqua
site.

Concert
goers will have the opportunity of viewing rare history and items from
the Parker home and the Elvis Fan Club headquarters it housed, as well
as a preview of the beautiful Elvis Memorial Garden being developed on the Storytellers Museum property.

ABOUT THE STORYTELLERS MUSEUM:
: Housed within the newly opened “Storytellers Museum” in Bon Aqua the
new home of the historic “Little Stage” was originally the landmark
General Store, Equipped later with a recording studio and often used by
Johnny Cash as the stage of choice for regular Hickman County  “guitar
pulls” that included Cash family members—June, The Carter Family—and
friends like Waylon Jennings and Carl Perkins–the site has deep music
roots. The old General Store is now beautifully restored as “The
Storytellers Museum”–and the” welcome mat” is out to a new generation
of music–and storytellers interested in the Cash memorablia as well as
the other rare one-of-a kind treasures including “The One Piece At A
Time” car. The Little Stage is now open and featuring live music.

ABOUT THE HIDEAWAY FARM: Just
over the hill from the “Storytellers Museum” nestled in the rolling
landscape of Hickman County sits the pre-Civil War log home and 100 acre
farm owned for more than 30 years by Johnny Cash.  Considered his
retreat The Hideaway Farm houses the creative spirit and the musical
history of its former owner–who called the land and the stately rustic
home, “the center of my universe.” The site is open to the public for
regular tours.

Located
just 40 minutes west of downtown Nashville, both The Storytellers
Museum and The Hideaway Farm are rapidly becoming the newest “must see:”
music destinations in Middle Tennessee.