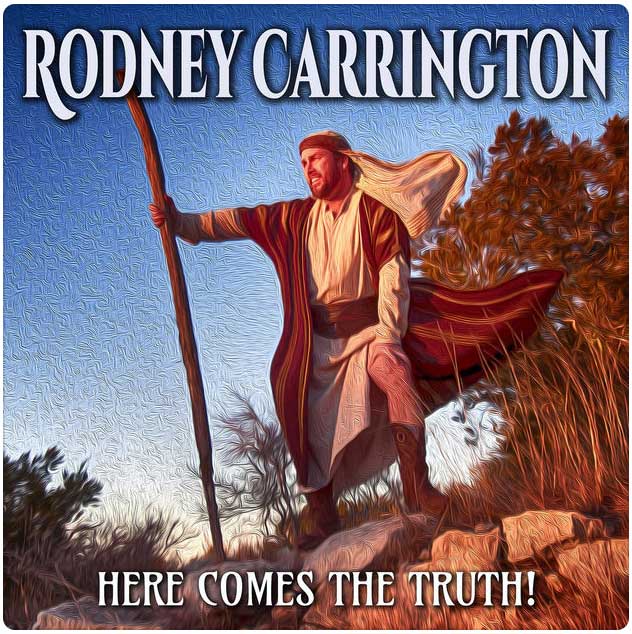 NASHVILLE, Tenn.
– Fans of Rodney Carrington, one of America’s best-loved and
commercially-successful comedians, are in luck with two new releases
this week that will look to enhance his reputation as a funny man who
continues to deliver the goods. The Laughter’s Good recording artist
released a Netflix-only special today entitled Here Comes The Truth, and also issued an album of the same performance, available through iTunes and Google Play.

Recorded before a live audience at the BOK Center in Tulsa, Oklahoma, Here Comes The Truth
offers his devoted fan following a no-holds-barred look at life and
love – in a unique way that only Carrington can deliver. With track
titles such as “I’m Fat,” “Viagra,” and “The Marriage Advice Song,” both
the special and the recording are sure to put smiles on plenty of faces
throughout the world.

While Carrington is no stranger to recorded success – with nine
successful albums to his credit, it’s on stage where the performer truly
shines, ranking as one of the top-grossing comedians in America,
according to Pollstar. Carrington – who has over one million
followers via social media sites such as Facebook and Twitter – will be
on tour heavily to promote the new release, with one of the highlights
of his itinerary being a ten-night stint at the David Copperfield
Theater at MGM Grand Hotel & Casino December 7 – 16 during the
Wrangler National Finals Rodeo. Long a fan favorite during the event,
Carrington has brought his entertaining style to attendees for well over
a decade.

A native of Longview, Texas, Carrington first came to prominence with
a series of appearances on morning radio shows across the United
States, such as The Bob & Tom Show. That exposure led to
him becoming one of the most sought-after comedians on the live comedy
circuit. In 1998, he released his debut album, Hangin’ With Rodney, which led to a successful string of albums, including Rodney Carrington Live, Nut Sack, and Morning Wood,
which was certified Gold for sales of 500,000 copies – a rare
occurrence for a comedian in the 2000s. He has also brought his
considerable talents to the big screen, appearing with Toby Keith in Beer For My Horses, and his own ABC-TV sitcom, appropriately titled Rodney, which ran for two successful seasons.