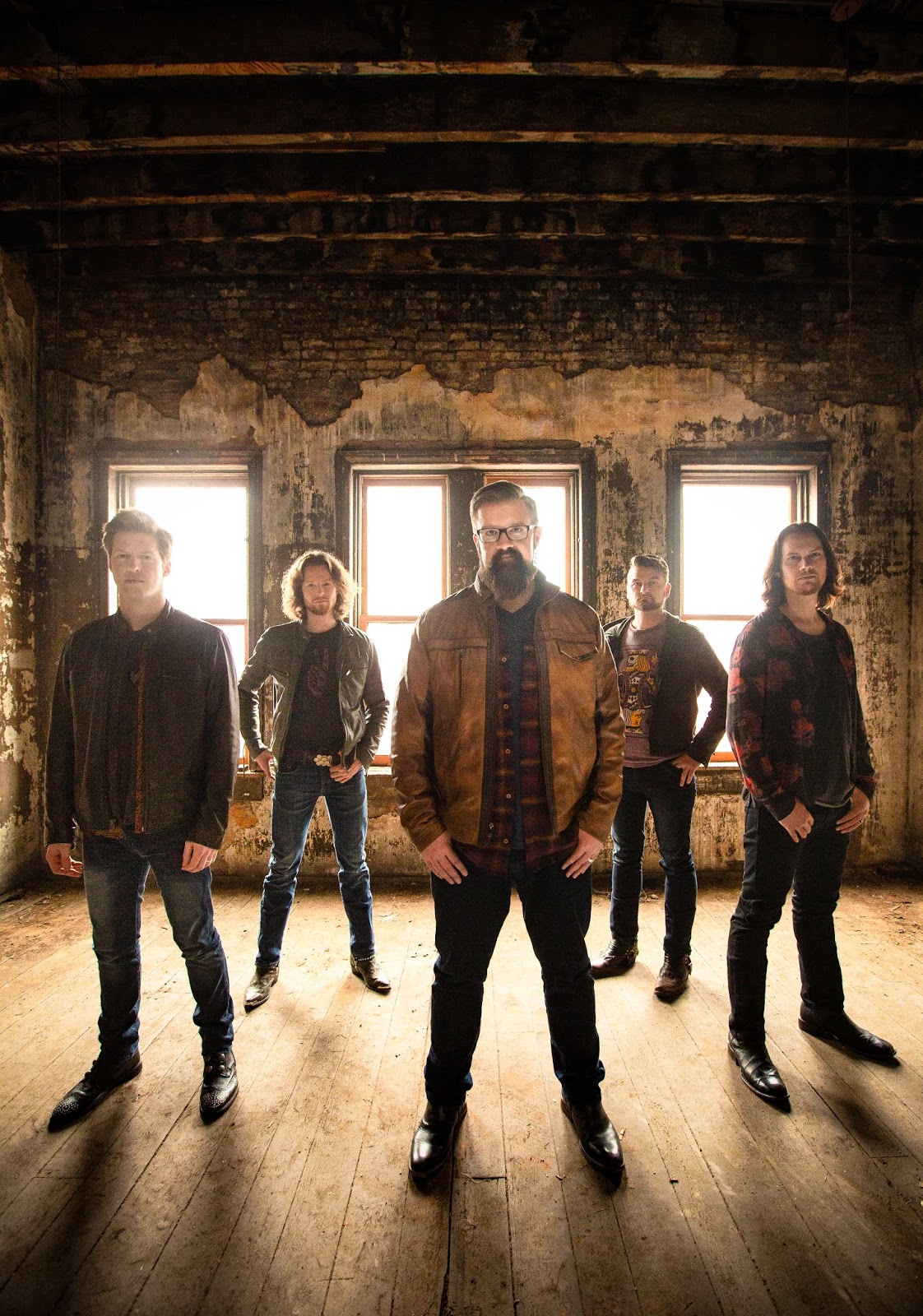 Answer: We’ve been told we’re country
music’s only all-vocal group – so when you hear us live, we don’t have any
instruments or tracks backing us. All the sounds you hear are our voices, and
our voices only. We got our start covering songs by artists of all genres.
Then, when we won NBC’s The Sing-Off in 2013, it really propelled us
forward in our career, and we began realizing how much we loved country music,
in particular. Over the years, we’ve worked on our craft, becoming even more
confident in the genre, and we’ve gone from releasing mostly cover tunes to
almost all original music. (And if you want an idea of what we do, just check
out our YouTube
– we have over 327 MILLION views!)

Lamitschka:  What is your latest CD, and how’s it doing?

Answer: We released our fifth studio album,
DIVE BAR SAINTS, on September 6, and fans are absolutely loving it. It even
debuted at #2 on the Billboard Country Album Sales chart! This album is particularly
special because it features more original music than we’ve ever released in the
past – 10 out of 12 songs are Home Free originals – which is really cool.

Answer:
DIVE BAR SAINTS is actually named after one of the tracks on the
album that we felt not only defined the project, as a whole, but also
epitomized us, as a group. Like the song says, ‘everybody’s welcome,’ and
we mean that — we want people from all walks of life to find comfort in what we
create.

Lamitschka:  Do you write the songs yourself? If not, how
do you go about finding the songs for your CD?

Answer: Creating this album was a really
fun process for us because we had a ton of songwriters submit music to be
considered for the project. We ended up finding some of our favorite songs of
all time because of that. To top it all off, two guys in the group – Tim Foust
and Austin Brown – also had writing credits on the album, so that made DIVE
BAR SAINTS even more special.

Lamitschka:  What is the difference between your last CD
and your current one?

Answer:
DIVE BAR SAINTS features more original music than any other album
we’ve released in the past. With 10 out of 12 songs being original tracks, it has
been so cool to watch our fanbase react to the new music and really embrace us
as creators.

Lamitschka:  How much creative control do you have over
your music?

Answer:
We have all the creative control in our music because we’re lucky enough
to own everything we do. DIVE BAR SAINTS is the first album we’ve
released under our own record label, Home Free Records, so we had total freedom
in the creation process, which was refreshing. When it comes to cover songs, we
arrange everything together, and it’s always in the way we want it to sound –
nobody else controls that.

Answer: Our fan base (also known as the
“Home Fries”) is absolutely incredible. They are so supportive, and they feel
more like family than fans. We try to do meet & greets before and after
most of our shows, so we get a ton of facetime with them, and we can’t count
the number of times a fan has told us a touching story about one of our songs affecting
their lives in some way. It’s honestly the best feeling in the world to know
that people not only appreciate your music, but that it also managed to play a
role in their lives at some point.

Answer: The fact that we use zero
instruments or tracks makes us different from most groups out there – and in
country music, we’re the only group that does that. We have to arrange every
single song we sing in a different way because our performances involve only
one thing – our voices.

Answer:
We just want them to know that we cannot wait to get across the pond,
see some familiar faces and hopefully a bunch of new ones too! We’ve been
looking forward to getting back over to Europe since our last tour, so this leg
of our DIVE BAR SAINTS WORLD TOUR can’t come soon enough!

Answer: We’re all over the place – but CMA Music
Festival, which takes place every summer in Nashville, Tennessee, and is
basically a big country music party – that’s one of our favorite times of the
year. They’ll definitely be able to catch us there. And if they want to know
where to find us any other time, head on over to http://homefreemusic.com/ to see our full
tour schedule.

Lamitschka:  Is there any place you haven’t played that
you would like to?

Answer:
That list is very long, we’d love to say we’ve performed on every continent
(Antarctica might be tough). We still have 3 more states to hit in the U.S.
There are too many venues and countries to list though.

Lamitschka:  When you’re on tour, do you have time to play
tourist?

Answer:It
depends on the day, but usually yes. Our crew are the ones that work hard all
day setting up all the production while we get the morning and afternoon off. A
lot of us try to get in a workout at the gym on a show day and if it’s
somewhere that we’re excited to explore we’ll go out and see the sites. We all
consider ourselves to be foodies and try out the local fare wherever we go.